Until we are all free

Without a lens that centers our most marginalized, we cannot recognize and address the deepest harms facing our communities. 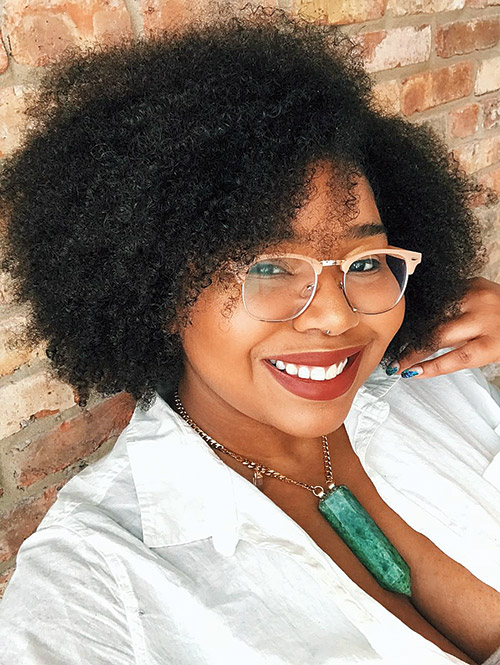 But there is one common thread. These thirteen people were Black.

They are the names I know and speak in this moment. They are the names that many of us call to memory when we are demanding respect for Black lives. They have become part of a narrative threaded with white supremacy, forged over centuries, from the time Black people were forced into chattel slavery on this continent. In the aftermath of slavery, Black people have suffered being considered a fraction, lynching, gerrymandering, gentrification, divestment, and disenfranchised—and the ongoing state-sponsored violence we experience to this day.

All of this orchestrated harm, enforced by a nation built with broken promises on stolen land, littered with broken treaties.

And now, here we are.

And now, there is a global conversation about anti-Blackness. This moment has been called a revolution, an uprising, a protest. It has coalesced around George Floyd. The pain on his face contrasted with the deliberate indifference in the posture of the officers. A pain that is not new, but is sharp every time. Like when we learned Ahmaud Arbery was killed. Like when we learned Rayshard Brooks was shot in the back. This old, sharp pain feels like being impaled, like having the earth fall away from you, but instead of floating, you are met with the cold, hard edge of anti-Blackness.

And now, there is a global pandemic happening because of COVID-19. This moment has been named as one where all the pre-existing conditions of systemic racism are flaring up, where the social determinants of health are being laid bare, where we are not surprised by the disproportionate deaths in Black communities. It feels like having the air forced out of your lungs. While already being impaled. Like drowning, and boiling, and unable to scream.

And now, there is a spiral of violent quiet where women in Black communities are not remembered as much, not shouted by every voice, not fought for with as much vigor. Black women are being murdered in their beds, brutalized, and targeted. Breonna Taylor’s killers have not been charged. Priscilla Slater died in police custody. It feels like everything that is happening—the drowning, the impaling—are happening, but no one will pay attention long enough to respond to it.

And now, there is a dangerous silence happening when the most marginalized in our Black communities are leading the charge, but are not being honored, respected, and rallied around in the same way. There are no suspects in Dominique Fell’s murder. Riah Milton has been misgendered and dead-named. Tony McDade’s killers have not been charged. It feels like no one is witnessing the harm—the drowning, the impaling. Not ignored—not even known.

Right now, there is no liberation if Black trans lives are not centered. Without a lens that centers our most marginalized, we cannot recognize and address the deepest harms facing our communities.

If we center the communities located at the intersection of all systems of oppression, we can build a future where everyone can meet their needs.

We must recognize the bitter and the sweet that happen simultaneously. We should celebrate the protections in states like Illinois that cover the provisions of Section 1557, while we continue to fight for our trans and non-binary siblings in states that have not. We should celebrate the U.S. Supreme Court’s decision in Bostock v. Clayton County, holding that Title VII of the Civil Rights Act prohibits employers from firing someone based on their sexual orientation or gender identity.

We should also recognize that the same court still refuses to take up the question of qualified immunity, which shields state actors—like the police—from accountability if they are acting in their official capacity. By centering the most marginalized, we can recognize that we must continue to fight. Can job security be enjoyed if a cop can kill you on your way home? We cannot celebrate Pride without demanding equity for our Black trans siblings.

We cannot have justice for George Floyd without justice for Breonna Taylor. For Riah Milton. For Dominique Fells. For Tony McDade.

And we will keep working, and fighting, and protesting, and rising until we are all free.

Adapted from a blog that originally appeared on the website of AIDS Foundation Chicago. Reprinted with permission. aidschicago.org/page/news/all-news/until-we-are-all-free

Like HIV, COVID-19 underscores disparities
Until we are all free
Not your basic bodega
Observations of an HIV doc