HIV advocate and educator Sanford Gaylord, a long-term survivor himself, addresses the audience

Positively Aging: A night that was ‘For All Ages’

Older and younger folks living with HIV share their experiences

As a long-term survivor of HIV myself, having been diagnosed in 1992, this was one of the messages I was hoping to hear, and why I organized this event. Billed as a town hall style intergenerational gathering, “For All Ages” attracted long-term survivors and other people living with HIV for an informal and lively discussion. An art gallery in Chicago’s River North neighborhood provided the intimate setting for attendees to share their experiences and thoughts.

The evening was made possible by a mini-grant from NMAC (formerly the National Minority AIDS Council) I had received through their HIV 50+ Strong and Healthy program. My proposal was to present a forum for people—young and old alike—who are living with HIV to share their experiences with each other. And because I work at TPAN (the publisher of POSITIVELY AWARE), I also saw this as an opportunity to connect them with my colleagues and other professionals—case managers, therapists, and educators—from agencies that serve people living with HIV. In fact, my co-host for the evening was Darnell Thurmond, who does outreach and recruitment for TPAN’s youth programs.

Stigma is one aspect of life with HIV that people of all ages face. Joseph, an early thirty-something gay man who directs his own dance company, talked about how he was asked by other members of his company not to share his HIV status in his personal social media posts promoting the troupe. An older woman described the discomfort her family felt about her HIV status. A retired gentleman who had been out as gay and HIV positive was now facing the prospect of a smaller social circle of acquaintances and having to go back into the closet.

One long-term survivor who works with African American youth described the stigma he’s seen on the city’s South Side. Many young people who faced homelessness declined housing, he said, because they didn’t want to disclose to peers how they were eligible for it. 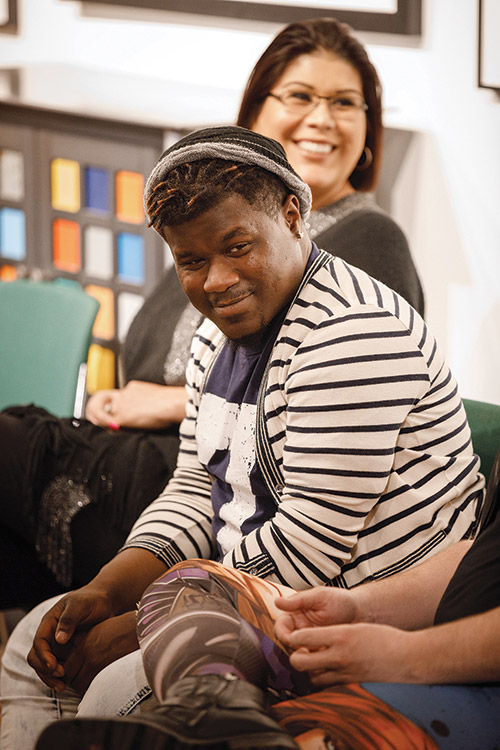 In spite of good health, one long-term survivor said, “No matter what I do, I can’t get to undetectable.” He added that so much emphasis on U=U (“Undetectable Equals Untransmittable”) and even PrEP had made him feel marginalized.

Another said, “I’ve been positive for decades and I’m tired.”

Over the course of the evening, a number of attendees gradually opened up to the group, sharing more details of their experiences while also seeming to gain more confidence in sharing.

Another attendee expressed frustration and shame when first learning he was HIV positive. But as he contributed to the discussion he revealed more of his journey—his years dealing with Atripla side effects, depression, and drinking—culminating in self-acceptance, sobriety, and now having a mortgage.

In each of these personal stories, participants said they pushed back against the stigma they faced, and took charge of the situation. Judging from the reactions of others in attendance, while not everyone felt they were in a position to take control, they were heartened and encouraged by what they heard.

“It was such an emotional rollercoaster for me, when I was first diagnosed,” said D’Eva, a transgender heterosexual Latina. “At first I didn’t want to take any pills. But then I got a case manager, someone who became like a guardian angel, who helped get me onto treatment. And then I met my husband. He said, ‘Come on, you have to take your pills.’ I would say you first have to accept your diagnosis. Get support—you can’t do it alone. Anxiety will take over you, but it’s part of growing up. Get real friends, and let go of the toxic ones.”

“The decision of how to live is more important than any guilt of why you’re in the position you’re in—let go of it,” said one gentleman. “Let go of the stigma—what I really want to say is, let go of the bullshit, and live. Being on daily medication can be a reminder that you have this virus, but it’s also a reminder that the power to control HIV is in your hands.”

The New York City Department of Health with the Long-Term Survivors Wellness Coalition honored HIV Long-Term Survivors Awareness Day, June 5, with a day of health information and special activities called “We’re Still Here!” “As long-term survivors of HIV, we know how to be strong and resilient, and advocate for our health,” said Graham Harriman, Director of the Care and Treatment Program for the city’s Bureau of HIV/AIDS Prevention and Control. “Many of us struggled to make it to today through opportunistic infections, extreme fatigue, stigma from family, medication side effects, and the loss of so many loved ones. But today, we come together to celebrate in a spirit of radical self-love, knowing that in order to support each other and nurture a world that embraces all of us living with and affected by HIV, we need to start by being mindful of our bodies, our diet, our mental health, our relationships, and our ability to be present with each other as a community.” 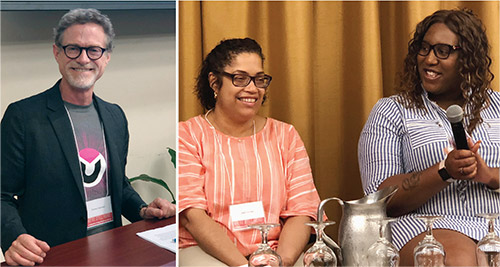 According to the organizers, studies show that older people living with HIV experience higher rates of social isolation, stigma, and co-morbid physical and mental health conditions compared to the general population. “Many experience a fragmented care system that increases the difficulty of effectively managing their health,” they added.

Losing your disability payments
Positively Aging: A night that was ‘For All Ages’