Partners to the End

Public-private partnerships for a vaccine sustain a global response to help end HIV
By Nicole Na and Aziel Gangerdine Sep 10, 2019

Despite major breakthroughs in HIV prevention and treatment, there are an estimated 5,000 new HIV infections around the world every day. It is imperative to evaluate promising vaccine candidates in order to accelerate progress toward the ultimate goal of ending HIV.

A global partnership of communities, study teams, in-country partners, and study participants is vital to the success of Mosaico. The partnership will be joined by global communities in the United States, South America, and Europe, where study teams at an anticipated 55 clinical research sites will seek to enroll 3,800 HIV-negative at-risk men who have sex with men and transgender people, aged 18 to 60 years.

“Study participants are the heartbeat of our global clinical trials,” said Larry Corey, MD, and Principal Investigator of the HVTN. “No clinical trial would be possible without its supporting participants and communities.” Mosaico, as with all other trials conducted by the HVTN, benefits from the leadership of a Community Advisory Board (CAB), a diverse group of volunteers who provide community input into study design and local procedures at each study clinic.

“We believe that engaging and involving communities before and during a clinical trial not only leads to better science, but it helps to support community awareness and ownership,” said Stephaun Wallace, PhD, Social and Behavioral Sciences Junior Investigator Liaison at the HVTN and Staff Scientist in the Vaccine and Infectious Diseases Division at the Seattle-based Fred Hutchinson Cancer Research Center (known as “Fred Hutch”). “We view communities as partners in our research—not just as study participants.”

A generalizable, safe and effective HIV vaccine that responds to a variety of HIV strains

Certain populations bear a disproportionate burden of HIV. In Europe, North America, and South America, men who have sex with men (MSM) and transgender people are far more likely to be affected by HIV. According to the CDC, gay and bisexual men in the U.S. are the population most disproportionally affected by the virus—more than half of people living with HIV in the U.S. identify as gay or bisexual men. UNAIDS found that transgender women worldwide are 49 times more likely to be living with HIV than other adults of reproductive age.

“We are committed to ensuring that HIV vaccine trial results are generalizable to the populations that carry the greatest burden of HIV infection,” said Susan Buchbinder, MD, Mosaico Protocol Chair and Director of Bridge HIV at the San Francisco Department of Health.

HIV’s genetic diversity—greater than that of any other pathogen—makes the search for a safe and effective vaccine challenging. To combat this, researchers hope that a candidate vaccine based on mosaic immunogens will be effective against a variety of global HIV strains. In preclinical trials, mosaic-based vaccine regimens were highly effective in preventing nonhuman primates from being infected with HIV-like viruses. Mosaic vaccines were tested extensively in Phase 1/2a human clinical trials called APPROACH and TRAVERSE (HVTN 117/HPX2004), and, more recently, in a clinical trial called ASCENT (HVTN 118/HPX2003)—with each trial showing improved vaccine design.

Getting ready for an HIV prevention vaccine

The Mosaico vaccine has already demonstrated its safety. Now research needs to try and demonstrate efficacy—showing that it works.

Study participants who choose to enroll in Mosaico will receive a comprehensive HIV prevention package, which includes risk reduction counseling, condoms, and lubricant. Each study site will also provide access to pre-exposure prophylaxis (PrEP), informed by a local PrEP plan. PrEP will be available to study participants in each country where licensed, or through local demonstration projects.

The Mosaico clinical trial is the latest to move us along our journey to find a safe and effective HIV vaccine and is supported by a public-private partnership led by Janssen Vaccines & Prevention B.V., part of the Janssen Pharmaceutical Companies of Johnson & Johnson; the National Institute of Allergy and Infectious Diseases (NIAID), which is part of the National Institutes of Health (NIH); and the NIAID-funded HIV Vaccine Trials Network (HVTN). Additional partners providing support include the U.S. Army Medical Research and Development Command (USAMRDC). 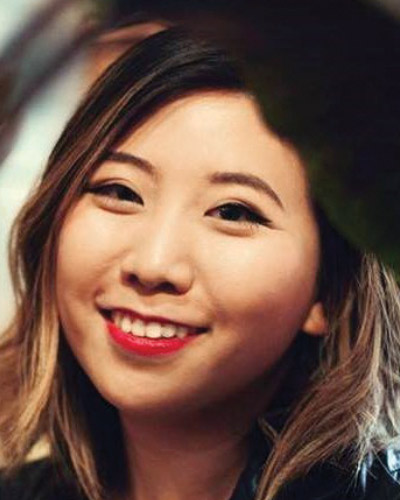 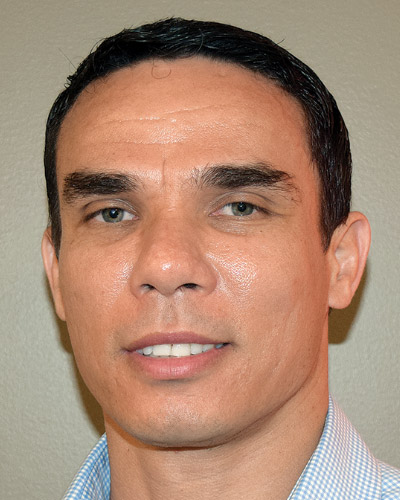 Aziel Gangerdine is Director of Communications for the HIV Vaccine Trials Network.
Go to hvtn.org. 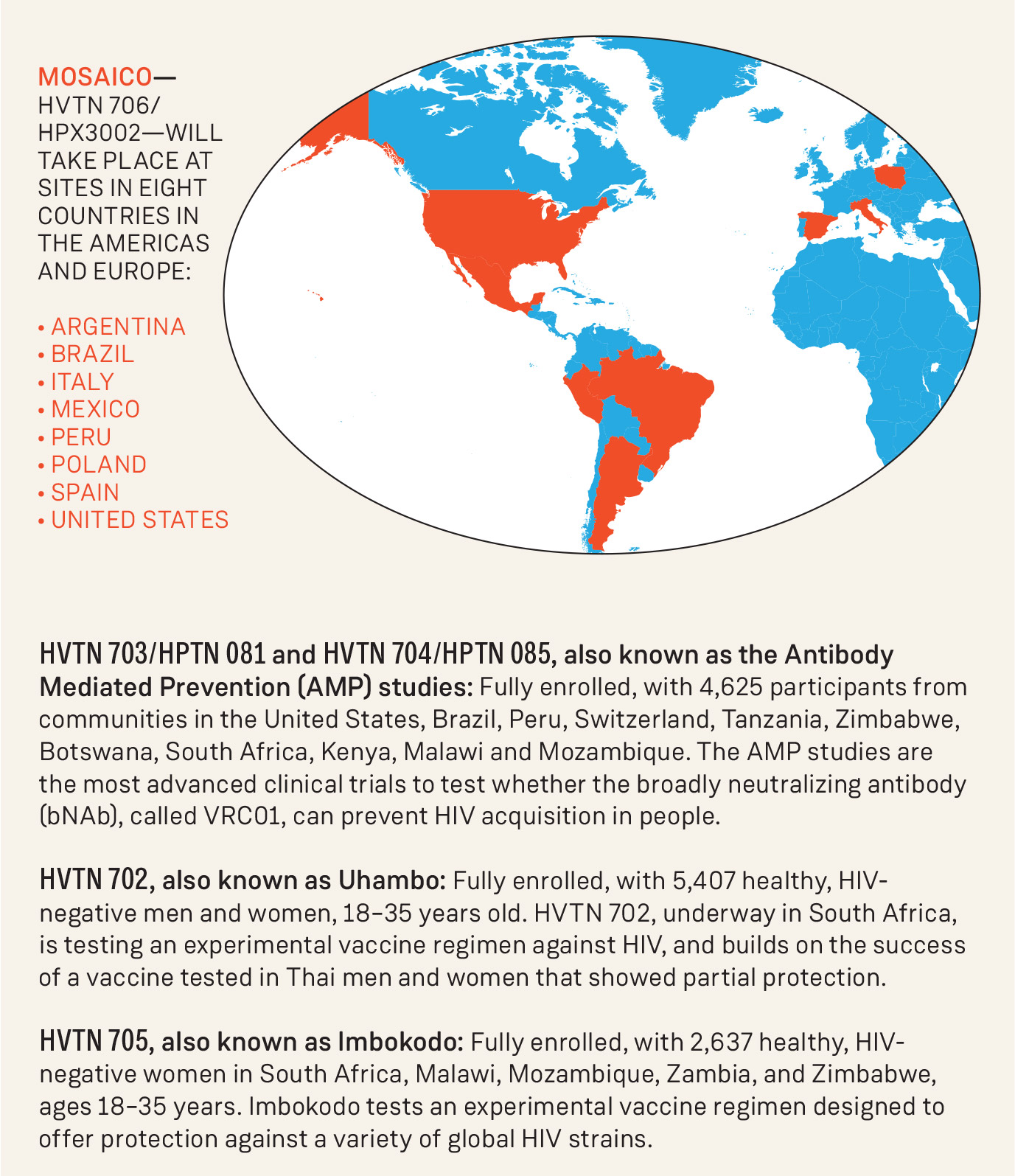 Mosaico—HVTN 706/HPX3002—will take place at sites in eight countries in the Americas and Europe:

HVTN 702, also known as Uhambo: Fully enrolled, with 5,407 healthy, HIV-negative men and women, 18–35 years old. HVTN 702, underway in South Africa, is testing an experimental vaccine regimen against HIV, and builds on the success of a vaccine tested in Thai men and women that showed partial protection.

HIV meds just four days a week?
Dolutegravir during pregnancy
Exciting news from Mexico City
What's new in the search for a HBV and HIV cure

Finding hope in ‘Crystal City’
What advice would you give to someone living with HIV?
Truvada Safety