No shame in Sin Vergüenza

Father César cheats on his wife and hits a downward slide into booze. Mother Adriana looks away until she can no longer afford to do so, responding to her personal and familial trauma with strength and dignity. Son Enrique is gay, out and proud, and on PrEP. Daughter Christina learns to keep moving forward after a bad relationship. Grandmother Esther is shy about meeting the handsome stranger showing up at bingo. Her best friend Dora plays matchmaker—as well as STI counselor.

So, which one of them is vulnerable to HIV?

That’s one of the many questions raised by the bilingual telenovela webseries Sin Vergüenza (“without shame”).

Or sometimes, their oppressors.

Sin Vergüenza is based on real people and their stories, woven together in composite form, as seen at Los Angeles AltaMed clinics by the show’s creators, Natalie Sanchez, MPH, Clinic Administrator of the health organization’s HIV department, and Hilda Sandoval, PhD, a licensed family and marriage therapist, who serves as Mental Health Manager. AltaMed produces the show.

The two providers, with a fair share of working on outreach campaigns, said they wanted to create something beyond the typical educational effort that so often loses its audience by failing to hold people’s attention. With decades of dedication to HIV prevention and care between them, they decided to focus in particular on stemming the stigma driving the epidemic. They wanted something that told the stories of people living with HIV and others affected, and hit on the telenovela as a dramatic device well known to their largely Latino clientele.

For those not familiar with a telenovela, it’s like a Spanish-language soap opera, but with even greater melodrama and over-the-top acting (if you can imagine that). Sin Vergüenza eschews these devices while maintaining fast-paced drama and suspense, along with warmth and humor.

The series has grown since its 2012 debut, addressing such topics as the HIV prevention pill (Truvada for PrEP) and transphobia, in addition to continuing to support HIV testing, treatment, and disclosure. Although the Salazar family remains the series’ focus, universal themes emerge: earning a living, dealing with family secrets, overcoming life’s obstacles.

“We know from having been in this for so long that just because you teach people information doesn’t mean that it resonates or makes it available to them,” said Natalie Sanchez, who holds a master’s in public health. “We wanted something familiar to the audience, and also to approach it from a storytelling perspective. So we needed something that was familiar and relatable.”

“Being Latinos, we grew up with telenovelas and being able to connect with the characters on the screen,” said Dr. Sandoval. “We found that this was a great tool to have folks engaged. Material that’s heavy on education could lose community members quickly, so what we were able to do with this telenovela is really speak to the common themes that I continue to hear in the clinical setting, and that Natalie heard in the scope of the care that we were providing to all of our patients. We saw that the family was a fundamental part of the patients that we serve. And so we used that as the basis for the Salazar family, and then we allowed it to seek its own evolution and really start telling the story of multiple individuals at any given moment who can in fact be at risk for becoming HIV infected.”

Natalie Sanchez said they most wanted to address shame and stigma around HIV because of the void in addressing it. The two producers see the effect on prevention as people avoid testing, and then struggle with having unknowingly infected a partner, and on health care, as people struggled to be adherent to their antiviral medications. Access to care may be less of a problem than a readiness to deal with vulnerability to HIV or to come face to face with a diagnosis, she said. 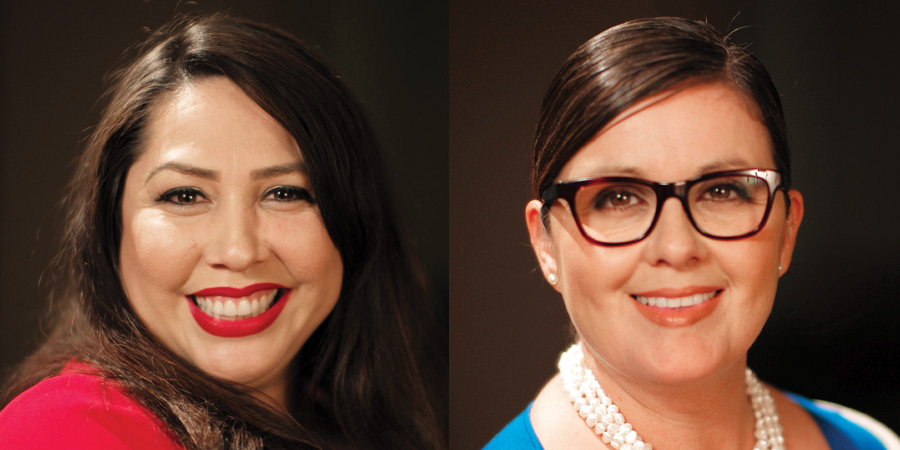 ‘We found that this was a great tool to have folks engaged.’

“We have to look at the community norms around sexuality, and around gender identity,” she said. Even those who are HIV-negative grapple with the sense of “wrong” or “risky” sexuality when discussing PrEP. So there’s HIV stigma, homophobia, and transphobia conspiring against sexual wellness. The medical field itself is heteronormative, she noted. “We’re trying to change norms and information around the communities that we typically serve working in an infectious disease clinic. It’s quite challenging, still.”

All of these forces, said Dr. Sandoval, create shame and stigma. “The internal shame, whether it’s a sexual identity or gender identity—who they love, who they desire to be with. And that comes from either a familial place or it comes from external, environmental homophobia, saying that homosexuality is a bad thing. We saw that this continued to be prevalent and so as a result of this shame, it created a tremendous burden on individuals to even speak up and to be proud about who they are and who they love, with what they want to do with their lives. So that in and of itself created a huge barrier and then became tied to a highly stigmatized disease, HIV. It was always clustered with negative behavior that we have seen in the media, with risky behavior, prostitution, and drug abuse. So when you tie those individuals who are carrying a tremendous amount of shame onto this highly stigmatized disease, you just see discrimination that is so strong, a powerful force against individuals who are really just trying to live and be well. And so shame goes hand in hand with stigma. In order for us to really have a conversation, we need to normalize the disease across all groups. We hope those living with HIV relate, and deal better with their diagnosis. We hope the people who are HIV-negative learn something and have more insight on those living with HIV. We do that by having conversations and not being isolated.”

She said they have been most impressed with the series’ multigenerational reach, from teens to elders, across the United States, and in health outreach programs at the Mexican border and in Latin American countries. The characters of la abuela (the grandmother) and her best friend have been especially popular. “No one thinks they’re at risk, so la abuela is a real important message. We need this discussion with our community and our providers.” 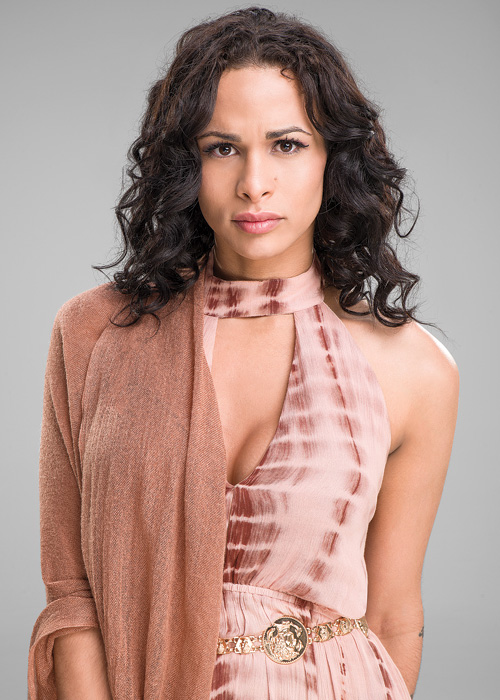 “I’ve dealt with this my whole life. I get harassed for simply being a transwoman.”

“Sin vergüenza” translates as “without shame.” But combined into a single word, it connotes a different meaning altogether. “Sinvergüenza” is a pejorative noun used against someone who has done something “wrong,” but has no shame about it, though they “should.” The closest translation is “shameless.” Basically, it means, “You should be ashamed of yourself.”

“The double entendre is really at the core because we wanted to talk about shame but not feel the burden of it, and then talk about sex and talk about health,” said Dr. Sandoval. “Some people carry that burden of having that shame. So many people unknowingly infect their partner, and we wanted to challenge it, and put that space between the words.”

Together the Salazar family and their community learn to fend off the negative forces affecting them and the strength of self-love and supporting one another through many difficult lessons in life.

Not shamelessly, but with resiliency.

The needs, priorities, and future of long-term survivors
Milestones of a Mississippi Man
Crossing borders
‘Nothing about Us without Us’
Stigma shock
‘Working with patience and compassion’
Adherence through social media
Finding life After Louie
No shame in Sin Vergüenza
HIV criminalization laws hinder prevention efforts