For Me And My Brother

We’re all familiar with the recent headlines: One in two black gay men is likely to become HIV-positive in his lifetime. Countless conferences and meetings have been convened to figure out how to better “target” this community to be tested for HIV and linked to care. Many testing campaigns implicitly tell black gay men to treat one another with suspicion, rather than as sources of support or strength. Often HIV prevention programs and support groups divide us up—positive and negative, youth and elders.

But black gay men are more than just their HIV status. There is a rich history of black gay men working not only as service providers, but also as activists. And as many black young people, straight and LGBT, mobilize around the country to respond to racism in the criminal justice system, the time is now for black gay men across generations to dialogue about how HIV fits into a social justice agenda.

What lessons can we learn from black gay elders, drawn from the past 35 years of political and cultural work? What can black gay youth teach us about resistance that can be harnessed into a new movement to end the epidemic for black gay men?

I spoke with two activists living with HIV—Ron Simmons, PhD, 66, president and CEO of Us Helping US: People into Living, Inc. (UHU), in Washington, D.C. and Deondre Moore, 21, Greater Than AIDS ambassador and student at Sam Houston State University in Huntsville, Texas—to hear, from their perspectives, where activism fits into our work to change the course of the epidemic for black gay men’s lives now.

Tell me how you became an activist.

Ron Simmons: I became an activist in college in 1969, when we had the student strike against Richard Nixon bombing Cambodia. That’s when I really became something more than a regular college student just going to my classes. I started to go to meetings, organize things, become a spokesperson, things like that. Then I got involved in the gay movement on campus—at the State University of New York in Albany.

Deondre Moore: Before finding out I was HIV-positive, I always looked at myself as a leader among my peers, and usually took the lead role in projects like student government organizations in high school. So after finding out my status, there was a feeling in me that led me to believe that I could use my voice to end this epidemic that, I always say, should have ended before I was born.

I started sharing my story in church. After that, someone at church saw me that day and heard my testimony, and notified me about a campaign they’d heard about that Greater Than AIDS was putting on in Texas. I applied and was accepted. And I’ve used every platform since to make my voice heard to share what I’ve learned with my community.

Ron, you’ve said before that you didn’t become involved in HIV until some years into the epidemic. Can you tell me what you were doing in the early days of the epidemic, and what brought you into HIV work?

RS: I was working with Sydney Brinkley doing Black Light—the first black gay magazine in the country. I didn’t get involved with HIV until I became positive in 1990, and then I joined Us Helping Us in 1991, and that’s when I began to get active in HIV prevention and holistic health among gay men.

Deondre, what do you think are the most critical issues facing black gay men today?

DM: I think there aren’t enough role models or mentors. And we still face acceptance issues in the larger black community. We’re always hearing that “black lives matter,” but we’re not necessarily hearing that same level of support for black gay men, or black transwomen.

RS: I’ve heard the black women who are the leadership in Black Lives Matter speak specifically about black women, black transwomen, and all aspects of the black community mattering. But that’s been hard for many people in the community to adopt. When you find yourself in total chaos, it takes a while to develop that kind of intersectional thought.

The Centers for Disease Control and Prevention (CDC) just released new data showing black gay men have a 1 in 2 chance of acquiring HIV in their lifetime. What was your reaction when you first heard this?

RS: Frankly, I didn’t react to it. Ten years ago in 2005, the CDC related that study that 46 percent of black gay men in five cities were HIV-positive. So this new information didn’t faze me in a way, because I remember a death every seven to 10 days and people walking around with Kaposi sarcoma, when it was a real nightmare. I remember those days. And today we’re down to one pill a day, and people may think these statistics are a nightmare, or hell. Well, I remember what hell was. If half of us are positive and can take one pill a day, that’s better than half of us being positive and dying in the streets—which may still happen if they take this health care away.

DM: I wasn’t surprised as well. We’ve known that black gay men have always been at higher risk for HIV since the beginning.

We need to take a step back and analyze what we’re doing and ask ourselves if it’s making a difference. People have been fighting this fight for over 30 years, they’ve launched different initiatives, all the funding they’ve gotten; people have gone through these programs to promote safer sex. It’s confusing as to why, 30 years later, our chances of getting HIV are even higher, even if we aren’t dying. And something has to change to make these initiatives more effective.

RS: We do know the research shows that the high rate of HIV among black gay men is not because we’re running around fucking like bunnies without condoms. Some of it is simply a question of odds. Because of racism and preference, black gay men tend only to have sex with other black gay men. If you’re saying that half of us are infected, unless you use condoms 100 percent of the time (and no one does), the odds are against you.

It’s not about we don’t care about ourselves or we don’t care about each other. What we’re finding at Us Helping Us, and it’s true in some of the new studies, is most of our clients [who became HIV-positive] were in love, in a relationship, and either the other person didn’t know their status, or people thought they were in monogamous relationships and it turns out they were not.

RS: I agree with that. That sounds like my situation, because when I tested positive it wasn’t that I didn’t care about myself. Before my relationship
I got tested, it was negative, and it turns out my partner lied and had known he was positive for five years.

What is the responsibility of black gay men to organize to challenge the CDC, the local health departments, health providers, churches, and school systems?

RS: The main problem for black gay men is not HIV; it’s that we’re trapped in a racist, homophobic, capitalist society. If I’m at a table where the only thing we’re gonna talk about is HIV, but we’re not gonna talk about unemployment, housing, education, and the criminal justice system, that’s not gonna work because what’s affecting us is everything. You can be HIV-negative, but you can be unemployed. You can be HIV-negative, but you may have to sell your body to survive.

Why don’t we see these kinds of issues in workshops, keynotes, community projects hosted by black gay institutions, and reflected in a broader black gay political agenda? Why don’t we see black gay prides where people march on city hall or the health department?

RS: The idea that there would be government money going toward “Negro homosexuals” to be Negro homosexuals was unheard of until AIDS came along. The idea that we would have conferences or travel the world, and have begun to meet and see each other and build a national infrastructure, only happened because of HIV. Had it not been for HIV, we would have had no resources going to us.

RS: Looking at the programs at UHU, most of which have been validated by the CDC, most are effective to some degree. They all have a part they play. But black gay men’s lives cannot solely be dealt with around HIV. One of the most effective programs is the MPowerment intervention, and these young brothers come up with some great projects; but again, it’s limited.

The CDC is not gonna give you money to march on city hall to demand housing—even though housing would be critical in dealing with HIV. Same thing for unemployment.

DM: Another thing that’s been working for me is speaking out. I went to a conference Human Rights Campaign puts on every year called Time to Thrive, and it’s for educators and people in youth service professions. The audience didn’t look like me; in fact, the two workshops targeting African Americans ended up being canceled. But I spoke about how I was failed by the sex education system in Texas, and I called out the National Education Association on their bullshit. Even though we know HIV rates are high among youth in the South, we still fund abstinence-only education.

Let’s say we can end the epidemic among black gay men in 10 years. What do you think it will take us to get there?

Although years ago I never would have said this, I think we need to look at PrEP. We need to do something that breaks the new infections for at least two or three generations. You know how I feel about the pharmaceutical companies, but I think we have to try a biomedical approach for at least a generation or two.

DM: It’s gonna take us acting up again. We have to act up with research institutions, pharmaceutical companies, and others. Like I said, 30 years later and people have made a lot of money off of HIV and we still have the rates of infection that we do. Something has to change. And we’re gonna have to act up again. 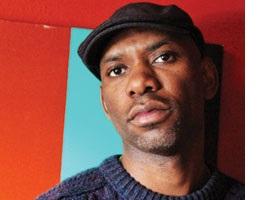 Kenyon Farrow is an award-winning writer and activist, and the U.S. and global health policy director for Treatment Action Group. He has worked on campaigns that bring together HIV, criminal justice, and housing policy issues focusing on black and LGBTQ communities.

From The Guest Editors
All Systems Go
Not So Fast
Jesse Peel is Aging Swimmingly
Hell In A Hot Flash?
Can Older People Get Some...Satisfaction?
For Me And My Brother
Alone Time
Transforming Lives
Planning Ahead