Therapy for patients with lots of drug resistance, the ACA, children’s treatment, and more 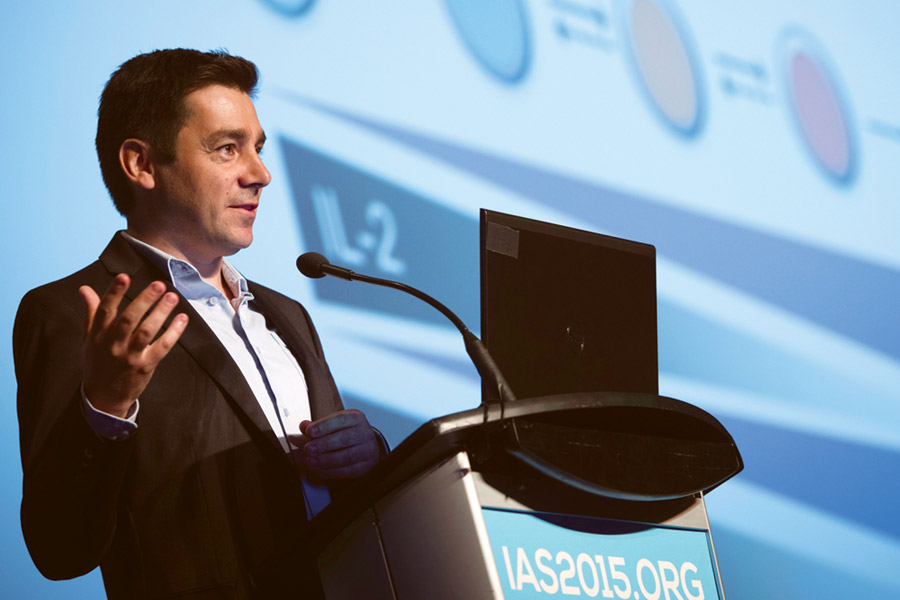 A new and improved version of Stribild is expected by the end of the year, and researchers looked to see if the new medication could be taken with Prezista (darunavir) to help simplify therapy for patients whose virus is resistant to at least two drug classes. This would be a two-pill, once daily regimen. Prezista helped revolutionize the epidemic in part because of its ability to work in people with drug-resistant HIV.

“Strategic simplification of an antiretroviral regimen with high pill burden and dosing frequency is a priority for treatment experienced patients with multi-drug resistance,” wrote the research team, led by Gregory Huhn, MD, MPH of the Ruth M. Rothstein CORE Center in Chicago.

In early, 24-week results, 88 out of 89 patients (96.6%) who were switched to the new regimen maintained their undetectable virus (less than 50 copies). Of the control group kept on their more complicated regimens, 42 out of 46 (91.3%) maintained their suppressed virus.

Patients who switched their regimen also saw a significant improvement in a measure of their kidney function. The potential for kidney and bone problems is seen with Stribild because it contains tenofovir DF (TDF). Thus, the new version, which replaces TDF with TAF, or tenofovir alafenamide, is kinder to the bones and the kidneys.

The simplified regimen studied “may offer an attractive option for treatment-experienced patients on complex multi-tablet regimens,” the team concluded.

TAF and Harvoni play well together

With the newer version of TDF on the way, researchers looked at drug interactions of TAF with Harvoni, possibly the most important medication currently available to treat hepatitis C virus (HCV).

Fortunately, they saw a lack of drug interactions between Harvoni and TAF, boosted or unboosted. (Some single-tablet regimens for HIV, such as Stribild and its new version expected this year, containing TAF, also contain cobicistat, a pharmacokinetic enhancer, which boosts blood levels of medications to improve therapy.) The unboosted regimen examined by the study was the new version of Complera, which also switches out TDF for TAF.

Researchers from the University of Virginia reported that low-income HIV patients in that state who were enrolled in health care plans through the Affordable Care Act (ACA) had better outcomes, resulting in cost savings for the state of Virginia.

The researchers noted that, “Importantly, ACA enrollment in 2014 was associated with HIV [viral load] suppression, an essential outcome for the individual and for public health.”

“We found patients fared better under ACA health plans, possibly due to broader access to medical care and medications beyond those that target HIV,” said Kathleen McManus, MD, MS, lead author of the study and a fellow physician in the Division of Infectious Diseases and International Health at the University of Virginia School of Medicine, Charlottesville, in a press release. “Additionally, this approach allows the state to cover the largest number of patients in the most cost-effective way. ACA plans provide more comprehensive care for the same or less money.”

According to the release, patients enrolled in ACA health care plans had higher rates of viral suppression than those who received only medications for HIV through the state’s direct AIDS Drug Assistance Program (ADAP).

The research team noted that using the ACA was particularly helpful because Virginia was one of 20 states that did not elect to expand Medicaid, which they said meant that “many patients with low incomes remain ineligible for Medicaid and often fall through the cracks because they can’t afford insurance and medications.” By signing up through an ACA health plan, the Virginia ADAP pays for premiums, deductibles, and medication copays.

Treatment for HIV vs. other conditions

Clinics taking care of people living with HIV may be doing well with antiviral care, but not as well with other conditions such as diabetes.

“HIV clinics that were high-performing for viral control were often not high-performing for comorbidity control,” reported Michael Ohl, MD, MSPH, of the University of Iowa Carver College of Medicine, and colleagues. “Quality improvement initiatives in HIV clinics should be undertaken with the awareness that improvements in quality measures for one domain of care may not be associated with improvements in measures for other domains of care.”

The team looked at the medical charts of 21,334 veterans from 2013 data in the Veterans Administration health care system. They looked at three measures of health care: viral load, high blood pressure, and diabetes.

Researchers found that one of the newest HIV medications, dolutegravir (DTG, brand name Tivicay), worked well in adolescents. According to the research team, “DTG plus OBR [an optimized background regimen] was safe and well tolerated in HIV infected adolescents. In addition, DTG treatment as part of an OBR provided good virologic efficacy through Week 144.” There were 23 adolescents ages 13 to 17 enrolled. Not all of them achieved treatment success.

In a pilot study, researchers from Emory University in Atlanta and Gilead Sciences looked at a research model to help infants with HIV: infant rhesus macaques (RM) exposed to simian immunodeficiency virus (SIV). “As the developing immune system of infants differs from that of adults,” they noted, “strategies to cure HIV infection in children will benefit from research conducted in ART-treated SIV-infected infant RM.” In this research, the data suggest that a smaller potential reservoir of CD4+ memory T-cells is possible with early therapy.

In the ongoing attention increasingly given to prevention with the availability of PrEP (pre-exposure prophylaxis), ID Week hosted a symposia that works at bringing providers onboard, “Moving Past the Tipping Point: Engaging ID Expertise to Accelerate the Delivery of PrEP for HIV Prevention.” The conference also looked at prevention via vaccines, microbicides, and the strategy of universal test-and-treat.