Handle with care: Speaking the language of an HIV cure
By David Evans and Richard Jefferys Nov 27, 2017 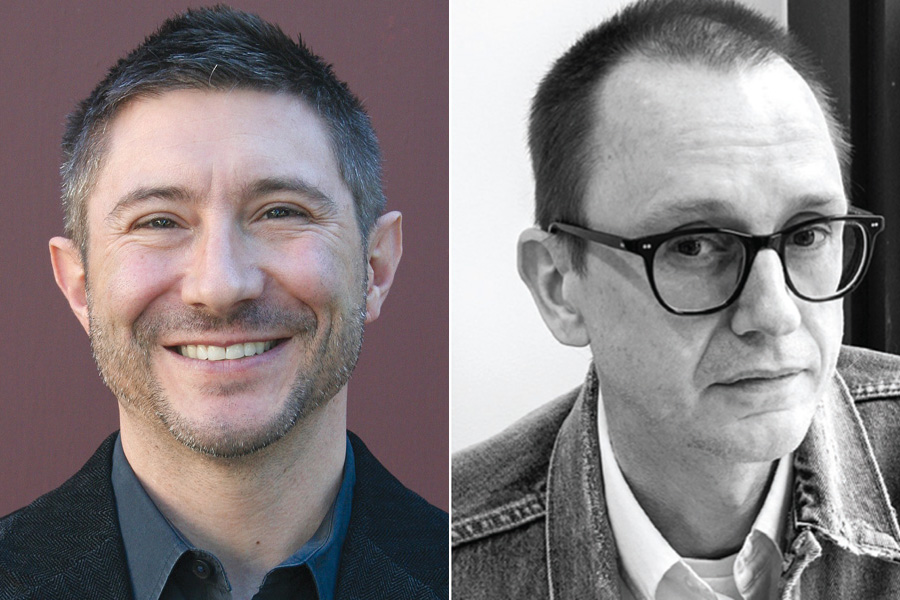 Welcome to this special issue of POSITIVELY AWARE on HIV cure research.

Coming of age in New York and San Francisco in the early 1990s, we lived through the horrors of the early epidemic just like so many, and the idea that three decades later we’d be centrally involved in the search for a cure is sometimes surreal.

For a long time, the challenge of curing HIV infection was seen as so insurmountable that the c-word was almost never mentioned. But that has changed over the past decade, and this area of research is now a central priority within the overall HIV/AIDS portfolio, especially the U.S. government’s research arm and private industry. Encouragement has come from a single case of an HIV cure—Timothy Ray Brown—and subsequently, several examples of prolonged remission from detectable virus in the absence of ongoing treatment.

But the science remains complex and challenging, as is the relationship that many have with the words cure and remission. Those concepts have varied and nuanced meaning for people living with HIV and the diversity of affected communities from which they come. Meaning that is sometimes different from scientists and funders. We’ve tried to provide some insights from across the spectrum, from the nerdily scientific to the practical and human.

There is so much work underway that it is not possible to fully capture all the knowledge relevant to the pursuit of an HIV cure within these pages, or all the candidate interventions being evaluated. We encourage those interested to seek additional information online. We’re both fortunate to work at HIV/AIDS advocacy organizations that have collaboratively played some role in pushing for the renewed emphasis on cure research, and the websites of Project Inform (projectinform.org) and Treatment Action Group (treatmentactiongroup.org) are potential jumping off points for delving deeper into the subject, as is the online version of this issue of POSITIVELY AWARE.

One word of caution about mainstream media coverage of HIV cure research: while it’s good that there is interest, the eagerness of news websites to draw visitors has led to some wildly misleading headlines (in the language of the internet: clickbait).

Given how much we all want a cure, it’s understandable that people embrace and share encouraging stories (such as one that promised a gene therapy cure within three years), but it’s also important to be alert to the possibility of hype, in order to avoid the emotional rollercoaster that can result from cycles of hope and disappointment and the risk of contributing further to that cycle.

But evaluating media coverage can be difficult, even for those of us who live and breathe the research. One thing to always look for is perspectives from independent scientists who are not involved in whatever work is being described. The HIV cure research website created by the National Association of People with HIV Australia (hivcure.com.au) has some additional helpful tips for sorting fact from fiction.

More than anything, we come from a long tradition of people living with HIV and their allies who insisted on playing a role in the design and conduct of biomedical research, and not in being compliant patients who were relegated to taking whatever pills happened to make it to market. We hope you will see this issue of POSITIVELY AWARE as an invitation to take part in that tradition.

David Evans is the Director of Research Advocacy for Project Inform. A long-time HIV science advocate and educator, his written work for the HIV community has appeared online and in print at POSITIVELY AWARE, AIDSmeds, POZ and The Body. His scientific work on HIV cure has appeared in top medical journals.

Richard Jefferys began working in the HIV/AIDS field in 1993 as a volunteer at the nonprofit AIDS Treatment Data Network in New York City. He joined Treatment Action Group (TAG) in 2001, and directs TAG’s Basic Science, Vaccines, and Cure Project.

Jian Huang is a Los Angeles-based writer and the recipient of a 2016 PEN Emerging Voices fellowship in nonfiction. Her work has appeared in the Los Angeles Review of Books, the Los Angeles Public Library’s ALOUD author series, and Angel City Review, among others. You can find her on Twitter: @jenhuangg.

Josh Tager works as a private investigator and freelance journalist. A recipient of the 2017 Idyllwild Writers Week Fellowship, he’s written for numerous magazines, including POZ, Glamour, and Time Out New York. His reporting has included health topics as varied as pharmaceutical advertising and PrEP (for POSITIVELY AWARE), and his HIV advocacy work stretches back to the early 1990s in San Francisco.