Pioneering scientists prove women are essential to finding a cure

Although women who are not of trans experience, ciswomen, make up more than half of the 34.5 million people living with HIV globally, a 2016 review of the scientific literature found that they made up only 21% of the participants in HIV cure-oriented studies, and that a substantial number of studies recruited no women at all. For transgender women, the numbers are even worse. Out of more than 15,655 participants in the 2016 review, only one person was identified as transgender. But the failure to include cis- and transgender women doesn’t just pose medical and social harms to them, it runs the risk of crippling the search for a cure for all.

Eileen Scully, MD, PhD, an assistant professor of medicine at Johns Hopkins University, is both a laboratory scientist and clinician. Initially interested in looking at models of the human immune system in the lab, she did what most systems scientists strive to do: remove variables that might be so distracting that they prevent the truth from shining through.

She observed early on, however, that although her colleagues often went to great lengths to control for variations in the immune system associated with age or length of HIV infection, one of the biggest differences—a person’s sex—kept getting pushed to the side.

She makes the point somewhat ironically, joking, “Maybe short people and tall people are just as different so we should control for height,” but then continues in a more serious vein.

“No one in the world would argue that sex hormones don’t have a huge effect…on our physical appearance, of our neurological makeup, and this is true across the board whether you are cis or trans,” she says, “To suggest that it [might not] have an impact on other biological processes is really farfetched.”

And we’ve actually known this for a long time. Ciswomen tend to respond much more robustly to vaccines of all types. They are also more prone to diseases that are related to a hyperactive response to one’s own cells or tissue, such as lupus and irritable bowel disease.

And with HIV, we see that ciswomen’s immune systems exert much stronger control over the virus soon after infection, but later burn out due to over-activation.

More recently, Scully and a colleague, John Karn from Case Western University, confirmed the significant impact of female hormones on the persistence—and possibly one day the elimination—of HIV. What Karn found, based on intensive screening, is that the female hormone estrogen diminished the effect of drugs designed to kick HIV out of its resting and hidden state. Scully followed up on this work soon after, and determined that female sex had a profound role on the state of the immune system in ciswomen compared with cismen and how sex differences affected the reservoir of latent HIV. 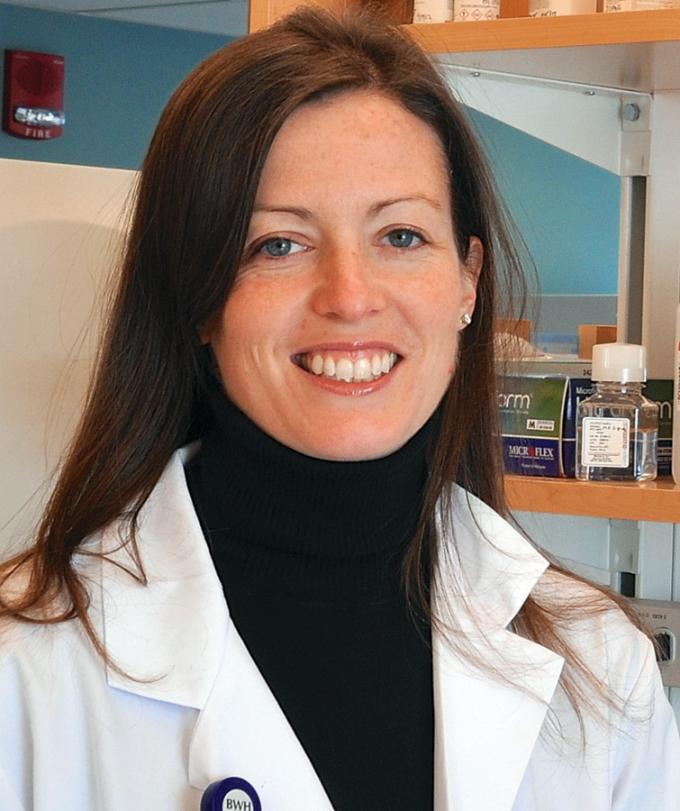 These striking results, which Scully and others have stressed should not be surprising, have finally led to resources to determine their significance to the HIV cure research enterprise. In fact, she is now heading up a study sponsored by the AIDS Clinical Trials Group that will see if blocking estrogen production with the anti-cancer drug tamoxifen could boost the activity of vorinostat, which has been used in other studies to “kick” the virus.

It’s good news that at least some researchers are devoted to understanding how sex and sex hormones impact how the HIV reservoir persists despite being driven down by antiretroviral drugs to just one infected cell per million cells, and are committed to constructing studies that account for sex and gender.

But Karn’s finding in 2015 that sex hormones affected the activity of a drug that has been under investigation in HIV cure research for nearly ten years—and that we didn’t know it—has two worrisome implications. Most obviously, it leads one to question how other strategies being used will help or harm cis- and transwomen. But if sex hormones affect the immune system and its battle with HIV so much, then promising strategies that didn’t work in men could have been prematurely discarded, simply because they were never tested in women.

Why does science perpetually struggle to include women?

Catalina Ramirez is the Director of the University of North Carolina’s site for the Women’s Interagency HIV Study (WIHS), a decades-old cohort of women living with HIV who return every six months to provide blood and tissue samples and to complete surveys. WIHS has contributed some of the most important findings on HIV and HIV-related complications in the history of HIV research. It is also historical in another way, in that it has routinely managed to keep more than 85% of its all female participants engaged for five or more years.

Because of this, Ramirez disputes that enrolling and retaining women in studies is a challenge that can’t be overcome. Nor does she believe it has anything to do with a lack of desire to participate.

“I don’t necessarily think that there are sex or gender differences related to levels of altruism, but there are things that we can do to make someone’s participation fair and equitable,” she says.

Scully concurs, saying, “Many years ago I saw a patient with a new diagnosis and she was isolated in many ways. I offered her entry into a clinical trial... and she declined.

“Then she came back two weeks later…she had read about how women don’t participate in clinical trials and she came back to me and said, ‘I feel so bad that I didn’t do this. I didn’t know how helpful it could be.’ ”

The key, says Ramirez, is attending to what women want and need. “If you want women to be in research then you have to listen to what will help them do it.”

She says, “We ask people to come and do things that may take hours and if you couple that with the demands of a person’s employment and childcare…we just have to be cognizant of that and build that into our research paradigm for how we treat research participants.”

That means having a budget for the things that women might need and ask for, Ramirez says, which in WIHS can include not only transportation or reimbursement for expenses, but also food if an appointment is going to take a long time. According to Ramirez, the median yearly income of women in the WIHS study is less than $12,000. Studies have found that food insecurity is rife among people with HIV and alone can contribute to poor health outcomes. Asking someone who may be struggling to eat enough under normal circumstances to go without food for hours is asking quite a lot.

Yet, Ramirez says she sees a preoccupation with defining fair compensation in the realm of HIV research that carries higher risk and lower rewards. This alludes to the fear that excessive compensation could unethically induce someone to participate in a clinical trial.

“We need to think of all the other disciplines [that] have done this, such as cancer,” she says. “I mean, cancer is indiscriminate, people of all levels of income get cancer, and yet we never seem to have these same discussions about whether compensation is fair.”

That’s not to say that research in ciswomen in particular is straightforward, especially if it involves the potential for the effect of sex hormones. Female hormones can fluctuate greatly in pre-menopausal ciswomen, and not always on the same calendar. Scully has made the point that designing a study that can accommodate this isn’t straightforward.

However, she’s managed to design a study with post-menopausal women, which at least is a first step to begin dipping our toes into the influence of hormones on cure, and it’s the commitment to be creative that’s key.

For 59-year-old Vanessa Johnson, who is the cofounder of Ribbon Consulting Group, and who has been living with HIV since 1990, our failure to make the study of women high enough of a priority to use our ingenuity to overcome any barriers that might exist really comes down to how society feels about women.

“There is an underlying belief that women are not as valued as men,” she says. “In fact, it’s not belief. It’s a reality and that’s evident by the funding.”

“The problem is that we live in a society that is based on a scarcity model and not an abundance model. Truthfully there should be enough for everyone.”