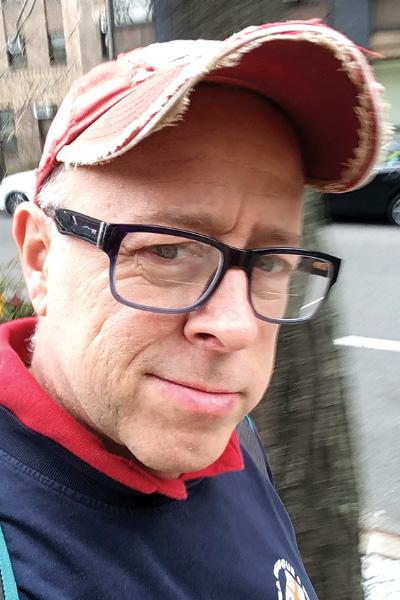 When the dashing and magnificently bearded Dr. Giovanni Guaraldi took to the stage at last fall’s HIV and Aging conference in New York City, and described a nearly 100-year-old person living with HIV, I was more than a bit skeptical. Not of the researcher—he’s done some of the most brilliant research on aging with HIV. Guaraldi also advocates a “rethink” of care services provided for people living with HIV as we age, particularly now that about half of us are over 50—and by 2030, as many as 40% of us will have reached the age of 65.

Rather than our routine HIV care, we increasingly need comprehensive multidisciplinary services to match our more complex needs. Even in middle age, we need a more aggressive approach to screening, diagnosis, and management of many conditions associated with aging.

The firebrand activist Jules Levin of the National AIDS Treatment Advocacy Project (NATAP) has been broadcasting this message for years now—sounding the alarm that we, the aging HIV community, are headed for a services gap. Based upon study after study documenting rates of frailty, aging-related complications, and disability among people living with HIV that are much higher than what is seen in people of the same chronological age in the general population, he believes that HIV care systems are totally unprepared to provide the services many of us will need.

His warnings seem to be falling on deaf ears, due at least partly to ageism and denial. People don’t like to think about all the ailments associated with “growing old.” Quite possibly, there is some measure of survivor’s guilt as well. After all, when we received our diagnoses, many of us never expected to even make it to 50 (with the exception of a growing number of us who weren’t diagnosed until later in life). We’re still kicking—why should we be complaining about the natural aging process?

But it does not seem to be entirely natural. First, there’s all the damage that HIV does to the body: our brain, our gut, our other organs such as the heart and the immune system—both before we can get onto treatment, and then due to chronic inflammation caused by low levels of ongoing replication, co-infections (such as CMV and hepatitis), and other factors. In addition, the long-term survivors among us are often dealing with the legacy effects of the older, more toxic antiretrovirals. Even the new ones have side effects, some of them insidious, subtly altering our metabolism and even damaging our mitochondria—the energy generators of our cells. On top of that, many of us have had rough lives emotionally, punctuated by loss, dealing with structural inequalities and bias, internalized stigma, and depression. Consequently, we haven’t always taken the best care of ourselves, and some of our lifestyle habits are self-destructive.

It’s no wonder that many of us are showing more wear and tear than is usual for our age. In fact, several years back, Dr. Guaraldi published a study showing many of the complications of aging seemed to be happening 10–15 years early in people living with HIV.

We need a more aggressive approach to screening, diagnosis, and management of many conditions associated with aging.

That said, other studies have shown that many going to the larger HIV clinics and on the current antiretrovirals do pretty well compared to other middle-aged people, at least over the short term. And there’s a good explanation for this—simply being in routine care may allow well-trained clinicians to detect problems early and nip them in the bud.

Which brings me back to this 99-year-old gentleman from Lisbon, Portugal. My initial instinct was to dismiss him as an anomaly. A case of one. But the more I thought about it, it was not so simple. He was very ill when he was diagnosed at the age of 84—very late, with a nadir CD4 count below 100—but recovered and seems to have flourished with good attentive care. There’s a good report on him online (bit.ly/99-year-old), with a cute video clip of Dr. Guaraldi at bit.ly/Guaraldi-clip.

At the HIV and aging conference, Dr. Guaraldi identified factors that could help explain why this man has done so well. First, he lives in a healthy environment. He’s never had financial difficulties (and the related stress), and he has assistance from a loving 70-year-old daughter who lives next door. Then there’s that Mediterranean lifestyle and diet, with good cardio every day walking up and down the hills of Lisbon, and, I would imagine, plenty of olives and fish.

Dr. Guaraldi referred to these factors collectively as “social protection,” which based upon his research in a larger HIV-positive cohort, might be used to help predict which people might be at greater risk of frailty and age-related illness. But lest one think that such outcomes might be limited to those lucky enough to live in Portugal, another study presented by Dr. Nancy Mayo of McGill University at the HIV and Aging conference found similar factors associated with “aging well” in a cohort of over 800 Canadians living with HIV. Looking specifically at frailty, the study found that some health conditions greatly increased the risk, such as having lung disease, arthritis, or cognitive problems.

But about 14% of the cohort seemed to be aging particularly well. Among modifiable factors associated with greater resilience were being physically active, not smoking, not suffering from stigma, having friends and family (not being lonely), and keeping mentally fit.

Building resilience is something we have to do both on a personal level but also in our communities and in our health systems.

“You have a big role in how you are going to age,” Dr. Todd Brown of Johns Hopkins University said at another meeting organized by NATAP’s Jules Levin last fall in New York, in a talk emphasizing what people could do for themselves to build resilience and to maintain a good quality of life as they age. I, for one, would be happy to live in good health well into my 70s and later, as my older siblings are doing. In my own life, I’ve seen how changing my diet and losing a significant amount of weight has profoundly improved my quality of health—and even my concentration.

Building resilience is something we have to do both on a personal level but also in our communities and in our health systems.

At the personal level, now is not the time to be burying our heads in the sand. Knowledge is power. Many of us will recall how, back before antiretrovirals made HIV into a chronic manageable condition, we had to learn all about the various opportunistic infections and drug development—often becoming more aware of the scientific research than our own doctors. This issue takes that approach, reviewing what is currently known about the health risks we face—we need to know what our health care providers should be watching for, and what steps we can take to improve the way we age.

One of the challenges is that access to quality care for aging people with HIV is uneven in this country. There is a lack of trained skilled providers and services prepared to deal with consequences of these complications and health emergencies in this population. Many of our HIV clinicians simply aren’t trained in the nuances of providing care for people who are aging, and it can be extremely difficult to get timely referrals to a specialist when we need one. Efforts are underway to address the services gap that require our communities’ full support (see “Addressing the Needs of Older Adults Living with HIV”).

For many of us, the care we receive is limited by what Medicaid or our insurance plans will cover—and this needs to be as much a part of our national activist agenda as the current efforts around prevention. We can also build resilience for aging well into the health system and communities through our activism. We also focus on a few of the activists who are each responding in their own way to scale up research and improve the service package and psychosocial support for our communities—and to improve elder care in general.

“It’s not just HIV. We don’t take care of our older people and that is a problem across the country and many parts of the world,” said Dr. David Wohl of the University of North Carolina at NATAP’s forum. “The problems with age transcend any one disease. But HIV is really unique in many ways. HIV and the epidemic forced the FDA to think harder and differently about how to approve drugs. The epidemic helped us think about how, as communities, to organize to push politicians and policy makers to push drug companies to do the things they ought to do. There are many examples in medicine where HIV has leapfrogged us and helped other disease states. And maybe it is HIV that can help us revolutionize geriatrics because we need a different model for how we take care of, and how we consider, older people. We can do that. We are the tip of the spear.”