A small pilot study in HIV-positive gay men showed promise in preventing STIs with a daily pill. A daily dose of the antibiotic doxycycline may help positive people avoid infections of gonorrhea, syphilis, and chlamydia. Results were published in the February issue of the journal Sexually Transmitted Diseases. Read a report on the study from the San Francisco AIDS Foundation at bit.ly/1Hgpz50.

More than 2,500 cyclists and 700 volunteer “roadies” participated in AIDS/LifeCycle, a 545-mile journey from San Francisco to Los Angeles during the first week of June to raise awareness about HIV/AIDS, raising more than $16.3 million for the San Francisco AIDS Foundation and the HIV/AIDS-related services of the Los Angeles LGBT Center. On June 5, 2015, the sixth day of AIDS/LifeCycle, participants gathered at San Buenaventura State Beach for a candlelight vigil to remember those lost in the fight against HIV/AIDS. (photo: Georg Lester)

In May, ViiV Healthcare announced the start of its Phase 3 study looking at switching people from a triple-drug regimen to the two-drug regimen of Tivicay (dolutegravir) and Edurant (rilpivirine). Last year, ViiV entered into an agreement with Janssen Pharmaceuticals to co-formulate its Tivicay with Janssen’s Edurant. Read the press release about the Phase 3 SWORD-1 and SWORD-2 research at bit.ly/1EZW4QG.

The National Institutes of Health (NIH) has launched the largest study ever looking at whether the use of statin drugs can reduce the risk for heart attacks, strokes, and other major cardiovascular events in people with HIV. Statins, which lower cholesterol levels, include medications such as Crestor (rosuvastatin), Lipitor (atorvastatin), and Pravachol (pravastatin). For more information on REPRIEVE (Randomized Trial to Prevent Vascular Events in HIV), including a list of study sites around the country, go to niaid.nih.gov/about/organization/daids/research/Pages/reprieveTrial.aspx.

In May, the University of North Carolina (UNC) announced that it had teamed up with pharmaceutical giant GlaxoSmithKline (GSK) to form the HIV Cure Center and a company, Qura Therapeutics, to handle the business end of the endeavor. “This first of its kind, joint-ownership model is a novel approach toward finding a cure, and we hope it serves as an invitation to the world’s best researchers and scientists,” UNC Chancellor Carol Folt said in a press release. “Today, Carolina’s best are taking another major step in the global fight against HIV/AIDS.” Read the release at prn.to/1AnHBSZ.

In April, the AIDS Law Project of Pennsylvania reached a settlement with a health care practice, including financial compensation, for an HIV-positive patient. The man said that he, his wife, and their child were denied medical care after he was accused of leaving blood in a bathroom. See TheBody.com for more information, at bit.ly/1AnQxI2.

The HIV OI (opportunistic infections) guidelines were updated in April to provide new information on hepatitis B. There is new information on immunization regimens, techniques to evaluate the stage of liver fibrosis, and recommendations for the length of hep B treatment following the start of HIV therapy. See the hep B section at 1.usa.gov/1B02SNE.

The National Working Positive Coalition has once again organized a free, full-day pre-conference Institute on HIV and Employment for the U.S. Conference on AIDS, to be held in Washington, D.C. September 10–13. “Join us to discuss strategies to improve HIV health and prevention outcomes focused on improving access to employment opportunities and effective employment services for people living with or at higher risk for HIV,” the coalition stated in a press release. The Institute will take place Wednesday, September 9 in the Equality Forum of the Human Rights Campaign, 1640 Rhode Island Ave., NW. For more information, contact markmisrok@gmail.com. See “Yes, There is a Job for You,” featuring an interview with Misrok, at hivplusmag.com/features/2015/04/14/yes-there-job-you.

The Positive Women’s Network-USA (PWN-USA) has collaborated on a trauma-informed model of health care. According to a press release from the organization, “Advocates believe that failure to heal from the effects of current and past trauma explains the crater in the HIV care continuum for women: Only 70% of women with HIV link to care, and fewer than half remain connected to care.” Naina Khanna, the organization’s executive director, co-wrote the paper presenting the model with Edward L. Machtinger, MD, director of the Women’s HIV Program at UCSF. It was published May 6 in the journal Women’s Health Issues. Read it at whijournal.com/article/S1049-3867(15)00033-X/fulltext.

In May, the Global Forum onMSM & HIV (MSMGF) appointed HIV activist Jack Mackenroth as its new Senior Communications Officer. Jack will be responsible for implementing the MSMGF’s communications strategy and for ensuring the agency’s brand recognition. The agency’s commitment to global information exchange and knowledge translation helps to ensure that advocates and community members working for the health and human rights of men who have sex with men are well supported to continue their respective work. Go to msmgf.org. 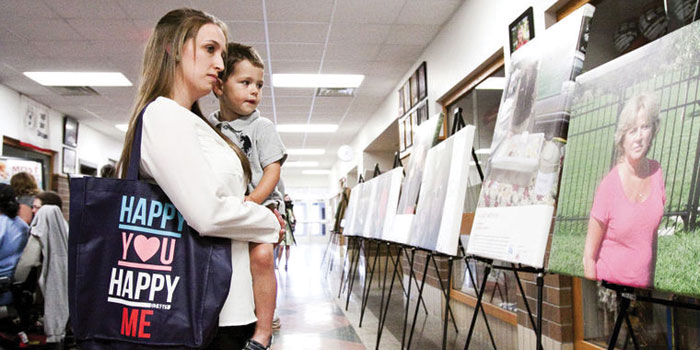 A Day with HIV exhibit in Indiana

In May, pictures from A Day with HIV, the anti-stigma campaign of Positively Aware, traveled to Austin, Indiana, the site of a recent HIV outbreak. The exhibit was there thanks to PA’s partnership with the CDC’s Let’s Stop HIV Together campaign. “This is amazing, that A Day with HIV was part of an event that seeks to inform others and to break the cycle of stigma and shame surrounding HIV and AIDS in the Austin community,” said POSITIVELY AWARE editor Jeff Berry.

The photo display accompanied Jeanne White-Ginder as she presented “The Legacy of Ryan White” at Austin High School. In 1984 at the age of 13, her son Ryan was one of the first children with hemophilia in the country diagnosed with AIDS, and the entire family was stigmatized and discriminated against as a result. Ryan White died five years later. The Ryan White CARE Act, named after the young advocate, has benefitted hundreds of thousands of people living with HIV to this day. Indiana’s outbreak resulted from political opposition to syringe exchange. 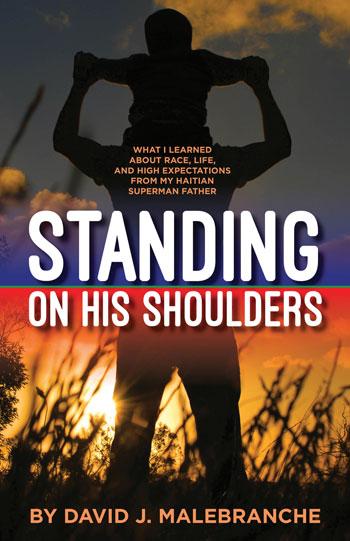 In a newly-released memoir, Standing on His Shoulders, HIV physician and researcher David Malebranche celebrates the lessons he learned from his father, a Haitian physician who immigrated to the United States in the 1960s. Malebranche provides a counter narrative to the current focus on absentee fathers in Black communities across the country, chronicling the ways his relationship with his father morphed, evolved, and ultimately grew stronger throughout his life. Order the book now on standingonhisshoulders.com and Amazon.com.

The international news wire service Q Syndicate has launched a new column, “Positive Thoughts,” through a partnership with four of the leading HIV information providers in the country. The editors of Plus, POSITIVELY AWARE, POZ, and TheBody.com will contribute to a monthly column on an alternating cycle. Go to qsyndicate.com. 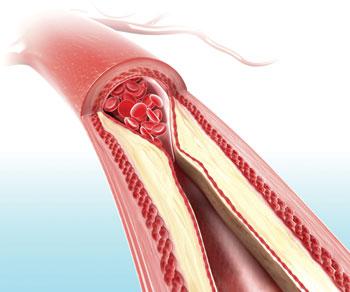 In May, study results published online by Clinical Infectious Diseases reported that HIV is associated with increased risk of hardening of the arteries, but not with carotid artery thickness. Good news: people with more than 500 T-cells didn’t have increased risk compared to HIV-negative counterparts. Read a story about the study from London’s AIDSMap at aidsmap.com/HIV-infection-and-low-CD4-count-associated-with-hardening-of-arteries/page/2964936.

According to preliminary results from a study, some transgender individuals may forgo health care due to stigma. “There is evidence that health care providers do tend to be judgmental, and it’s unwelcoming,” said Adrian Juarez, PhD, a public health nurse and assistant professor of nursing at the University of Buffalo School of Nursing. The study included Latino transgender people in El Paso, Texas. Read the university’s story about Juarez’s work at buffalo.edu/news/releases/ 2015/04/062.html.

In May, Northwestern University opened an HIV research center at Chicago’s Center on Halsted as part of a five-year grant from the NIH. The study will examine factors affecting HIV risk and prevention, and will include the faster tests available for HIV, and also test for other STIs.

A drug for neck fat 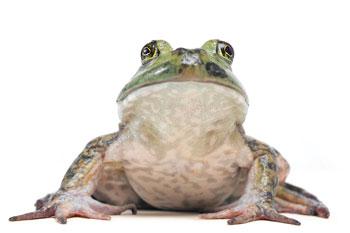 The FDA in May approved an injectable drug to reduce fat under the chin. Many people living with HIV continue to have excess fat in their necks from early HIV therapy, and Dr. Paul Sax discusses the new drug, Kybella (deoxycholic acid), in his blog, HIV and ID Observations. Go to bit.ly/1LcLlXR. 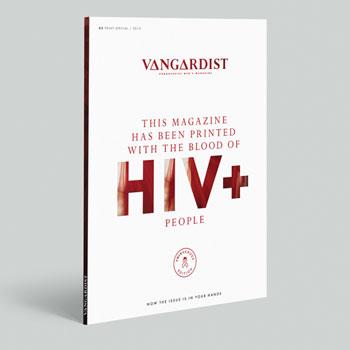 The Vienna-based magazine Vangardist printed its May issue with blood from three HIV-positive individuals mixed with ink. Editors of the men’s magazine of cutting-edge style and technology told the press they wanted to raise awareness of the continuing epidemic and help erase stigma. The issue included coverage on HIV heroes. Go to vangardist.com.

New research shows that taking Truvada for HIV prevention should start a week before a potential exposure and continue for four weeks after sex. “An intensive pharmacokinetic study of [Truvada] for [PrEP] showed that blood and rectal drug levels corresponding to high PrEP activity for men who have sex with men (MSM) are reached after about 1 week of daily dosing and appear to remain adequate for several days after the last pill, according to a report in the March 1 edition of Clinical Infectious Diseases,” reported Liz Highleyman for HIVandHepatitis.com. Read her story at hivandhepatitis.com/hiv-prevention/hiv-prep/5169-study-suggests-truvada-prep-should-start-1-week-before-and-continue-4-weeks-after-sex.

Finding Help To Pay For Treatment
The Value Of An HCV Cure
HCV Resources, Services, And Information
How To Use The 2015 HCV Drug Guide
After The Cure 2015
Which Treatment Is Right For Me?