‘We want to be wholistic in addressing mind, body, and soul.’

“There is a social death that happens every time I walk into a room. I feel like
I have to prove myself.”

Hutchinson, from Atlanta, brought together a small group of young black and Latino queer men who, like him, worked in HIV services. They talked about the problems they saw in those places providing services, focusing on the treatment of young men who currently or previously engaged in sex work.

“Some of our community workers have to do survival sex to make ends meet. We want to end the shame around this,” said Hutchinson. “Sex work is real work.”

Cody López, Founder and Director of the Community Cares Project in Baltimore, said young men are often automatically labeled homeless if they indicate that they have engaged in sexual services for resources. This was part of the stigma.

“This is not something they should be ashamed of doing,” said López. “A lot of guys enjoy survival sex. They can make a lot of money.”

Hutchinson noted that the situation is complicated. “We know about social determinants of health. Young black and Latino men—we know the vulnerability.”

From the audience, nurse Brenice Duroseau, APRN, of Stamford Health in Connecticut, gently said she sees women engaging in sex work when they don’t want to. “I don’t address it as a choice,” she told the panel.

“You’re saying things a lot of people in the room are probably thinking,” Hutchinson responded. “It comes back to the tone. We just want to be wholistic, addressing mind, body, and soul.”

He noted the judgmental tone taken by some agency personnel: “Oh, we know what you do already.” Or, “Why are you doing this?”

If individuals are instead treated with acceptance, in a sex-positive way, they can pour out their concerns, he said. “Then we can give them resources. There are psychological aspects to having sex and we should deal with that. If we judge them, they turn away and we’ve left them without resources.”

HIV services, he finds, tend to address behaviors and not the whole situation.

“It’s challenging,” agreed JT Williams, from the LGBT Life Center in Norfolk, Virginia. “Know individuals in other agencies so you do a warm hand-off. ‘Oh, this is my girl Jean I’m sending you to. She’s going to treat you like a person.’ ”

“We’re trying to destigmatize transactional sex,” said López. “Just because someone trades something for sex, we shouldn’t stigmatize them.”

“We want to support that person to get what they need, if they’re doing it in a way they don’t want to do it,” said a man in the audience.

He prefers the term “transactional sex” because not all sex work is based on survival needs.

Jorian Rivera, an HIV health navigator with Galaei in Philadelphia, asked, “Where is your mental capacity?” He was referring to psychological reasons for engaging in sex work besides financial gain. He pointed out that sex is not just sexual. “It’s also an image. Like burlesque.”

Latinos who are undocumented are concerned about coming in for services, he said. “They take your information and can report it.”

“We worked at organizations and that’s why we know what needs to be changed,” said Hutchinson. “We don’t refer to anyone as a client. Everyone is a member. That means they are a stakeholder. CBOs (community-based organizations)—calling people a patient, you’ve already established a power dynamic.

And, he added, hire transwomen of color, to which the audience signaled their approval with snaps of their fingers.

What the panelists see is a disconnect between service providers and young men seeking services. Too often, the youth are treated like a number instead of a person. The audience talked about all the boxes that need to be checked off for services—over and over.

Hutchinson said that as a provider, he understands the importance of collecting statistics. But it sometimes comes at the expense of the human touch. 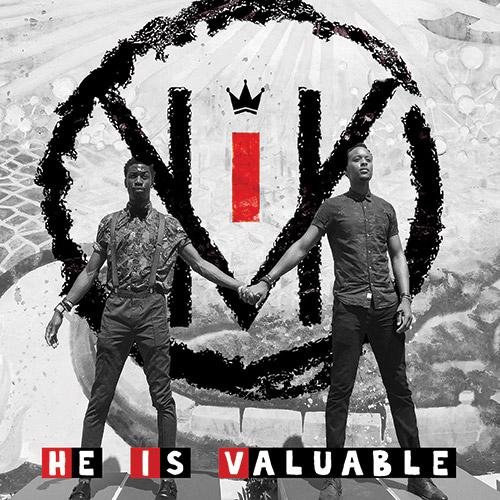 A poster promoting Hutchinson’s campaign to celebrate black queer men and their communities.

“The tone is important. You want someone to engage you as a human being. ‘Hey, how are you doing?’ Not just hand them a bag of lube,” said Hutchinson. “I can’t tell you how just by me smiling at them and asking them how they are doing has changed the whole trajectory of that meeting. We can’t just be focused on those numbers. We are not target populations. We are people first.”

Added Rivera: “Use their name, have a conversation. Let them feel that they have the power to change their circumstances.”

“We need to check our own biases,” said Hutchinson. “If they check a box ‘yes, I had sex for resources,’ we have bias. We need to throw that out. People are being re-traumatized as they seek services.”

Instead, said Hutchinson, “When someone knows they have worth and power, they can do anything. If you work with people just because you have funding to serve young black men, that’s not empowering.”

“Life is about people needing people,” Williams said. “If you slept with 10 people, not ‘Oh, my God!’ No, you’re a ‘healthy sexual.’ [Williams helped create the Healthysexual campaign.] ‘Oh, you sucked 10 people. How did you like it? How can we help you do it better next time?’ We wonder why people come back and test positive. I can tell you what happened. You looked at a list [at intake] instead of the person.”

Said Hutchinson, “Our work is not about the science. Our work is about the people. To see that you are valuable and that you have the power to help yourself.”

López’s organization focuses on improving the socioeconomic status of LGBTQ individuals to improve their health. “We need access to higher education and access to better job opportunities for young black queer men—for everyone. I really think a college education should be free for everyone.”

Like López, Hutchinson founded his own organization. He describes his group, which he serves as executive director, as “a social movement that aims to identify, reinforce, and celebrate the value of Black Queer men and their communities.” The name?

There are other problems with HIV services, the panelists pointed out.

Richard Hutchinson, Jr.: Getting people on PrEP and getting people to undetectable is the goal. But you can talk to people about PrEP until you’re blue in the face, and if they don’t feel their power or that they’re valued, what’s the point of it?

What about people who are on the ground engaging people in the community and aren’t concerned about getting people tested? We need to invest in those people.

Hutchinson: The community can do the work, but the community needs to build the skills they have.

JT Williams: We do all this work. But who’s going to get the money?

What are you going to offer someone besides having them sit there for two or three hours and then telling them, “Okay, you need this and this and this.” And then what?

You can burn your bridges by burning the community. The system really burns a lot of people. Saying “we’re going to do this” but not following through.

When you burn people out instead of empowering them, you lose them.

López: We don’t talk about breaking down the HIV system and starting over. We need to break down the system.

Williams: I would challenge you to hold your CBOs [community-based organizations] accountable. Who’s on your board—are they representative of the people served?

You also need to empower your staff because your staff is part of the community. Like having to work Pride and then they can’t enjoy it.

Hutchinson: We all deserve to be treated individually. That is traumatizing to that staff, instead of empowering that person to empower others in the community and bring them in.

We don’t lead with HIV. Black gay and queer people want to talk about HIV because it’s important. So people bring HIV up anyway.

López: How do you do this work when you come up positive? And then you have to navigate services.

Hutchinson: They’re coming because they feel enriched by the conversation and they want to come away with something.

Williams: People who stop coming—we know about the stages of change. People can move from contemplation back to pre-contemplation. Understand their motivation.

Jorian Rivera: Send them a personal message. “Hey, thank you for coming. Hope to see you at our next event. This is the date.”

“Why are there 55 questions on an HIV test?”

“At our place, every last Tuesday is Taco Tuesday. We don’t talk about anything. People get tired of hearing about HIV everywhere they go.” (Audience members snap their fingers in agreement.)

“I’ve worked in organizations where we don’t get funding to do anything if we don’t do testing. Everyone doesn’t appreciate you coming at them with a needle every time they come in your door.”