A clinical psychologist examines the physical effects of discrimination and other traumas
By Sannisha K. Dale, PhDMay 21, 2021

Systemic oppression and mental health struggles faced by people living with HIV throughout the course of their lives may accelerate the aging process and continue to have a negative impact on their physical health and wellbeing as they age. In the context of COVID-19, these issues are further exacerbated by the loss of loved ones, financial resources, housing stability, and access to in-person social support systems. Nonetheless, out of the sheer need to survive and in the absence of vital structural changes, people living with HIV continue to lean into resilience resources at the individual, interpersonal, and community levels.

The vast majority of individuals living with HIV in the U.S. are Black, Latino, and LGBTQ. For example, among 1.2 million people living with HIV in the U.S., 40% are Black, 22.8% are Latino, and 61.7% are gay and bisexual men. Further, 14% of transgender women in the U.S. are estimated to be living with HIV, the vast majority of them Black or Latina. The primary driver for this disproportionate effect of HIV on marginalized communities is oppression. These communities face racism, homophobia, transphobia, poverty, and significant barriers to culturally competent, humanizing, and linguistically accessible medical care. 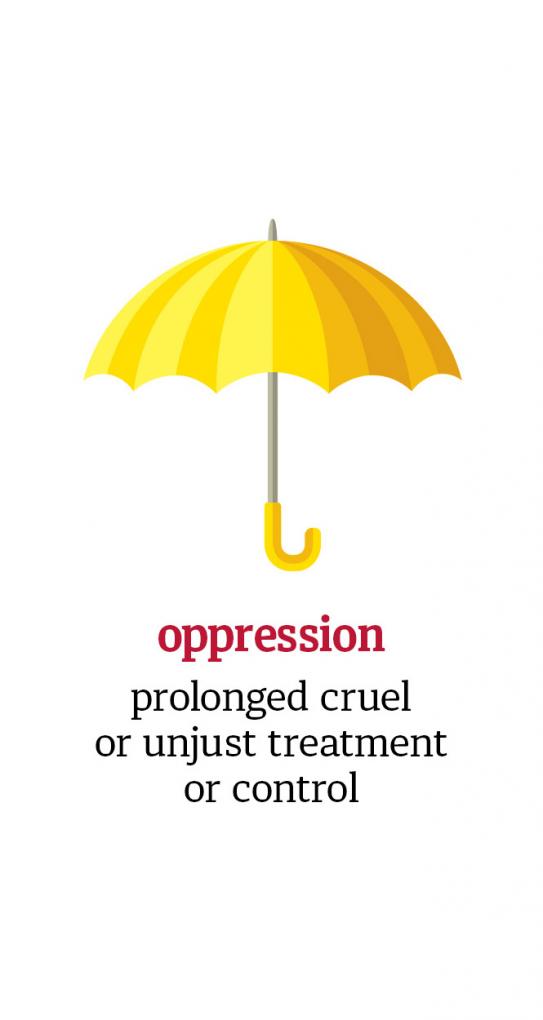 People living with HIV experience higher rates of mental health struggles compared with individuals without HIV. For instance, up to 42% of people with HIV have struggled with depression compared to 7.1% of people without HIV. Researchers have also found that 30% of women living with HIV had recent post-traumatic stress disorder (PTSD), which is over five times the rate of PTSD in a national sample of women. These higher rates of mental health struggles may in part be due to the trauma of initially being diagnosed with HIV and the stress of adjusting to managing a chronic health condition (for example, taking medication and attending appointments). However, similar levels of mental health symptoms and trauma exposure in a cohort of women living with HIV and women without HIV (matched on variables such as substance use, unstable housing, and transactional sex) suggest that mental health symptoms are also driven by structural and systemic issues.

Oppression experienced by people living with HIV at the nexus of intersecting identities may cause or further exacerbate mental health symptoms. Researchers have found that explicit or “macro” acts of discrimination (for example, being denied housing or a job, refused services, or called a stigmatizing word) based on race, HIV status, or sexual orientation are linked to symptoms of depression and PTSD among Black women and Black gay and bisexual men living with HIV. Further, daily microaggressions based on race and gender, despite their subtle nature, impact depression and PTSD symptoms beyond the effect of macro discrimination experiences. Similarly, discrimination based on transgender or nonbinary identities has been associated with depression and anxiety symptoms. 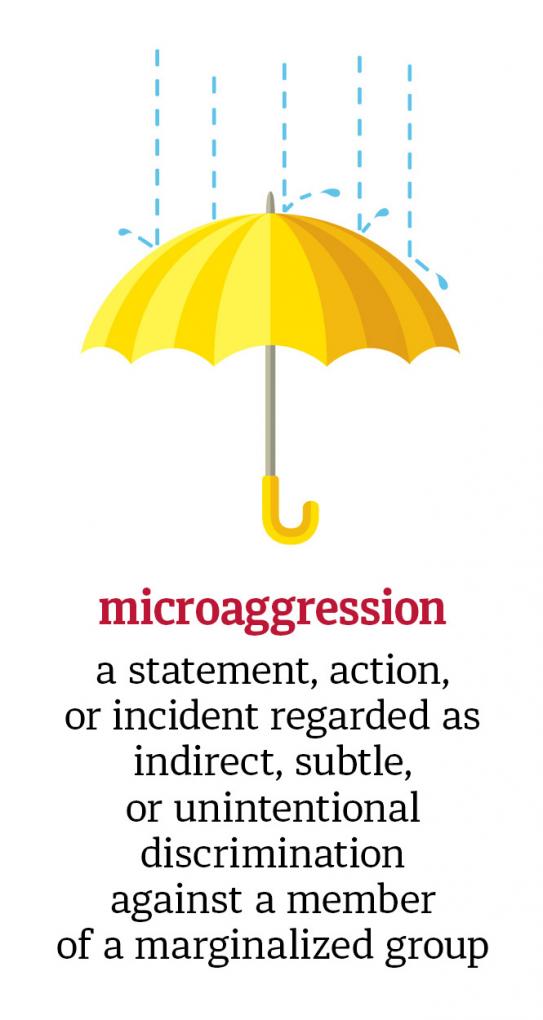 Both oppressive experiences and mental symptoms may negatively impact appointment attendance (engagement in care), adherence to HIV medication, HIV viral load, and immune function (for example, CD4 count). For instance, among Black women living with HIV, my team found that microaggressions (based on gender and race) and discrimination (based on HIV status, race, and gender) are related to barriers to engagement in HIV care and HIV medication adherence. Similarly, colleagues have found among Black and Latino gay and bisexual men living with HIV that discrimination based on race, HIV status, or sexual orientation are related to lower medication adherence and engagement in care. Other work by colleagues found that among Black women living with HIV, experiences of race and gender discrimination were associated with lower CD4 count and higher HIV viral load moderated by coping (for example, critical consciousness/awareness of systemic discrimination). Likewise, studies among Black gay and bisexual men have noted that discrimination based on race, HIV status, and sexual orientation are associated with higher viral load.

The path by which oppression affects the immune function and viral load of people living with HIV is likely both behavioral and biological. Being subjected to negative comments, behaviors, and policies simply for being themselves (for example, living with HIV; LGBTQ; Black, indigenous, people of color—BIPOC) naturally may result in behaviors that may not be optimal for one’s health. For instance, one might avoid a follow-up medical appointment with a provider who made a stigmatizing comment at the last visit. Similarly, if one experiences an act of discrimination that throws off their mood for the day, they may forget to take their medication. At times looking at one’s pill bottle may be a reminder of HIV stigma, and thereby affect adherence. Further, experiencing an episode of depression, PTSD following a recent trauma, or another mental health diagnosis may decrease one’s ability to engage in self-care activities such as taking medication or going to appointments.

Beyond the impact of oppression on behaviors, oppression directly impacts the bodies of people living with HIV. Chronic stressful experiences such as discrimination and stigma can result in elevated levels of negative hormones (for example, cortisol and norepinephrine) and inflammation, which in turn places individuals at risk for developing various health issues. For instance, research has shown that discrimination can lead to hypertension, heart disease, and early mortality. Further, the inflammation caused by oppression can place one at risk for mental health diagnoses discussed above, and mental health diagnoses place one at risk for chronic illnesses such as heart disease.

Researchers have also specifically linked experiences of discrimination to markers of aging. For instance, a study by psychology professor Sierra Carter, PhD, and colleagues found that among African Americans, experiences of racial discrimination between ages 10 and 15 was related to depression at ages 20–29, and the depression was related to accelerated aging at the cellular level. Past and ongoing oppression causes wear and tear on the body and, by doing so, may accelerate the aging process for people living with HIV who experience discrimination based on multiple marginalized identities. 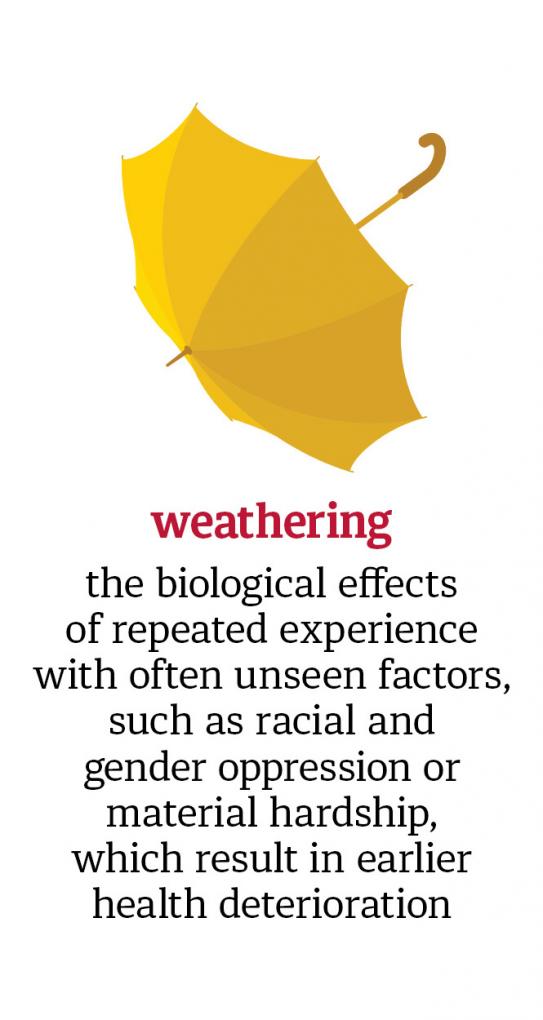 The COVID-19 crisis has further compounded the level of stressors, trauma, and mental health struggles people living with HIV may experience. To date, over 500,000 individuals in the U.S. have died from COVID-19, with a disproportionate burden on BIPOC communities (much like with HIV) and people age 55 and older. COVID-19 has also increased the unemployment rate and resulted in many people struggling to afford food or stable housing. In addition, social distancing measures to reduce the spread of COVID-19 have increased isolation and limited physical contact with friends and loved ones. These cumulative losses of people, resources, and support place further strain on the mental and physical wellbeing of people living with HIV, whose pre-COVID reality was already impacted by oppression and mental health struggles that weathered their bodies.

Solutions to ameliorate the oppression, mental health issues, and physical weathering faced by people living with HIV must be led by rigorous policy and structural changes that center those most affected by stigma, discrimination, and other forms of trauma. Historically, people living with HIV have created and accessed resilience resources within themselves, their social support systems, and the greater community to manage these conditions. People living with HIV may utilize coping strategies including, but not limited to:

•           setting boundaries with others to limit negativity

Each person may prefer different coping strategies, and that is normal. The important thing is to do positive things that bring comfort and peace of mind. People living with HIV may also seek helpful support from peers, friends, or family members in the form of phone or video calls, text messages, and limited in-person contact (with COVID-19 prevention measures such as mask wearing). Numerous organizations also exist whose mission is to provide essential services, resources, and support—some to people living with HIV in general, others specifically for Black, Latino, and LGBTQ communities. Lastly, support may also be beneficial from mental health providers, case managers, and medical providers who prioritize the healing of their clients, and do so with a compassionate and nonjudgmental approach informed by an awareness of the complex challenges faced by people living with HIV. 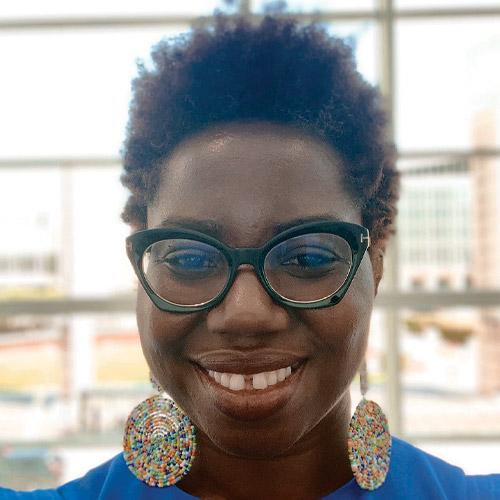 Sannisha K. Dale, PhD, is an assistant professor of psychology at the University of Miami and a licensed clinical psychologist specializing in conducting research on the intersection of mental and physical health and developing interventions.