Larry, Kookie Dekay and what love and support look like for long-term survivors
by Stephen Hicks Nov 16, 2022

Maggie Anderson and her sister are Larry’s primary caretakers. Their dad, Larry, is an LGBTQ elder with a small support network consisting of four people. He doesn’t have roommates, but he lives with COPD, asthma, diabetes, chronic depression, and a host of memories—good and bad. He isn’t immersed in a queer-affirming, sex-positive, progressive buzzword utopian enclave. He lives in Nebraska. Despite his location, he is one of the many LGBTQ seniors throughout the U.S. living isolated, making do with a patchwork of social supports.

“The network that we’re able to rely on has gotten smaller and smaller with time,” Maggie said. “A lot of folks have either died or are really sick themselves. At the same time, my dad’s mental health, because of the trauma of the AIDS crisis, of losing my mom who he was married to even though he was gay, losing my biological dad who the three of them shared a household with. He went from one of three parents to a single parent very unexpectedly. And experiencing trauma over decades, that takes a real toll on your mental health. He can be tough to be around sometimes. As he has aged, more and more people have pulled away, and so our circle has gotten smaller and smaller. It’s tough.”

Larry, 76, was once a beloved drag queen. The stage was his—better yet, the stage belonged to Kookie DeKay, Larry’s drag persona. In quick succession, life changed for him as his co-parents died of AIDS complications. The children he raised are now grown, and he spends his days combing Netflix and his extensive DVD stacks.

“Our elders who are living with HIV face their own unique trauma and isolation, and that is an incredibly important experience. The cultural memory and the cultural experience of HIV, while it’s not the same as living with HIV, is still really important,” Maggie said. “My dad is HIV-negative, but I look at him and see how profoundly HIV has shaped his entire life. Not only from the loss of his co-parents, he hasn’t had sex with another person since 1989. It scared him so much that he’s been celibate. HIV is something we all live with, particularly our elders, but we live with it in different ways depending on who we are and if we have HIV in our body or not.”

Geography poses difficulty for in-person connections. Maggie lives in St. Louis, Missouri. Her sister is in Omaha, Nebraska. Dad is about an hour’s drive from sis, in Lincoln. Maggie and her sister had to jump into creative mode when Larry’s health issues arose. They needed someone to clean the house every few weeks, which would include taking out the trash, lifting heavy grocery bags, and keeping his space—a tad bigger than a garage—livable. Luckily, Maggie’s sister’s friends, dating back to her middle school days, fill in the gap.

These friends, in their forties now, first met Larry as children before his health started to decline. They understand who he is, and they understand that he’s not the same as he used to be, and so they step in when needed because they can see that contrast and know that he needs the support.

Geography poses challenges for in-person connections.  Maggie lives in St. Louis, Missouri. Her sister is in Omaha,  Nebraska. Dad is about an hour’s drive from sis, in Lincoln.

Beyond a quick visit, Larry spends a lot of time alone watching movies and TV. Maggie and crew meet his material needs but know the struggle of meeting his emotional needs. And like many longtime survivors, Larry lives in social isolation with various health issues. Many elders navigate lack of social support and stigma; food and housing insecurity can be present in combination with cardiovascular disease, respiratory issues, dementia, and mobility problems—typical signs of aging.

It took time adjusting to the healthcare system. Maggie said she learned to be happy with simply being misunderstood by her dad’s medical team. There have been times where older adults have been singled out by staff of various aging care providers because of their sexual orientation, gender identity, or HIV status. Still, Larry hasn’t experienced any specific targeting or abuse in his care, she said.

Maggie is thankful but watchful: “As elders’ needs become more complex, I think that there can be a knee-jerk reaction to say, ‘Oh well, the family will deal with that.’ It’s just the three of us.”

Nearly half of all people living and diagnosed with HIV in the U.S. are at least 50 years old, according to the U.S. Centers for Disease Control and Prevention (CDC). Nationwide, long-term HIV survivors and LGBTQ elders remain isolated even in the country’s most progressive gayborhoods.

The burden remains heavy, said George Kerr, III, a community advocate in Washington, D.C. (see Take time for yourself). Several of his friends have been isolating at home for at least two years due to COVID-19 risk.

“In June for Gay Pride, we started coming out,” said Kerr. “We finally started seeing our friends again and everything. Then monkeypox happened.”

To Kerr, advocacy is a must along with building social ties. He serves as a board member of the LGBTQ Task Force for the D.C. Department of Aging and Community Living.

“Particularly with the LGBTQ community, our seniors have been activists for so many years that they’re tired. How do we get our seniors and our younger people to have these community conversations so that the young people have the history and know-how to bring up these needs? We need to pair them together,” he said.

Food insecurity, mental health crises and overdoses don’t get enough attention, and Kerr is adamant about sounding the alarm.

ACCORDING TO SAGE, a national advocacy and service group for LGBTQ elders, about 40 percent of queer older adults do not disclose their sexual orientation to their primary care providers. This leaves thousands of people without appropriate care.

Larry, Maggie describes, is of a generation where he fought really hard to come out, and now that he’s out, he’s not going anywhere. “He intentionally agitates and pushes, going out of his way to come out as soon as he can. When he meets his nurse, almost immediately he says, Oh, I love your hair color. My favorite wig was that color when I still did drag."

“Not every queer elder is going to be like that, so I think he’s really unique in his fearlessness. That’s something I love about him. And in a way, that’s really relieving to me,” Maggie said. “My dad is kind of an outlier in that he goes out of his way to come out as soon as he can without apology, but that is not an option for a lot of people depending on a lot of factors, depending on where they live, depending on their level of family support, all kinds of things.”

There have been lots of hospital visits over the last 10 years. After a lengthy hospital stay in 2019, Larry began several weeks of home healthcare. Maggie thought of her dad’s home: framed photos of him and others in drag on the wall, books and movies related to queer history on the shelves. Any outsider, namely a home healthcare aide, could use his queerness against him and not provide the best care.

“I was observing really closely to make sure that the care felt genuine and that it felt thorough. Of course, I couldn’t be there for every single meeting, but I had regular check-ins with him to make sure that he felt safe and that he felt that he was receiving good care, that he got along with the physical therapists and nurses who came in and out for weeks on end,” Maggie said. “Microaggressions or the refusal to do certain things compound over time.”

Laws are sweeping through state legislatures backpedaling on anti-LGBTQ discrimination. This along with social isolation mean that thousands of Larrys can fall through the cracks—a tragic irony for people who lived long enough to see progress and old age when neither was promised. For now, Larry and his small network continue to make do. 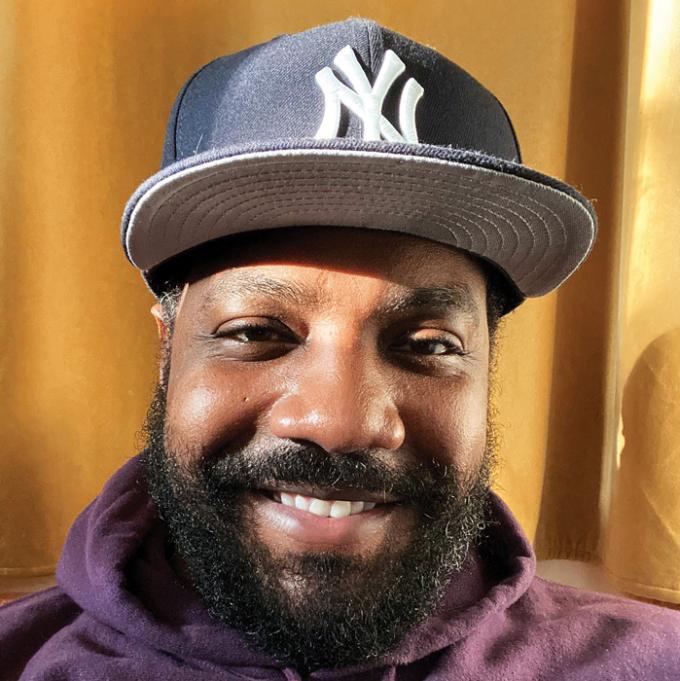 STEPHEN HICKS (he, him) is a writer and has been a public health advocate for more than 10 years, focusing on sexual health and harm reduction. He is the Narrative Justice Fellow at CNP (formerly The Counter Narrative Project).

Note from the Guest Editor
Writing your own salvation into existence
Overcoming the distance
How mpox has triggered social anxieties and historical fears
Layers of Latinx identity
Take time for yourself
A daughter’s view on aging and chosen families
What comes first?
11 Things