Inclusion is essential to a cure

A diverse group of advocates, scientists, and community representatives came together to host a session on HIV cure at the virtual U.S. Conference on HIV/AIDS this past December. The Master Series session, chaired by Danielle M. Campbell and Moisés Agosto-Rosario, provided an update on the latest in HIV cure-related research and discussed critical issues that affect how research is conducted and not always inclusive of all populations affected by HIV. Among the issues discussed: barriers and facilitators of participation in HIV cure-related research; inclusion of diverse populations like transgender women, Latinx, and youth; participant perspectives of HIV cure research; analytic treatment interruptions; and partner protection measures to minimize secondary HIV transmissions among sexual partners.

Dr. Luis Montaner, vice president of Scientific Operations and a professor with the Immunology, Microenvironment and Metastasis Program at The Wistar Institute, opened the session with his HIV cure science presentation, “BEAT-HIV Program and the State and Future Directions in the Search for an HIV Cure.” Dr. Montaner is a leader in the BEAT-HIV Collaboratory, one of 10 newly-funded Martin Delaney Collaboratories (MDC) for HIV Cure Research, the flagship NIH program on HIV cure research. Its purpose is to foster dynamic, multidisciplinary collaborations between basic, applied, and clinical researchers studying HIV persistence and developing potential curative strategies. Dr. Montaner described the National HIV/AIDS Strategy for the United States, 2022-2025, Goal 2: Improve HIV-Related Health Outcomes of People with HIV, the importance of Section 2.6, to advance the development of next-generation HIV therapies and accelerate research for HIV cure. The BEAT-HIV collaboratory seeks to develop and test innovative combined immunotherapy strategies to eradicate and/or induce permanent remission (a cure) in the absence of antiretroviral therapy by trying to understand strategies to control HIV (functional cure) and to eradicate HIV (sterilizing cure), as well as how best to measure a functional cure.

William B. Carter, chairman of the Beat-HIV CAB, addressed diversity and inclusion in HIV cure clinical trials, sharing his perspective as a research participant in an HIV cure trial. Carter noted the need to continue to advance HIV cure research agendas by centering diverse communities affected by HIV. In the United States, HIV continues to disproportionately impact racial and ethnic minority and sex and gender diverse populations. That includes Black and Latinx communities, gay and bisexual men, women, and transgender persons. In 2019, Black and Latinx communities comprised 71% of the new HIV diagnoses in the U.S., but represented less than 30% of the total population. When an HIV cure becomes available, these groups should not be left behind. A cure for HIV would be a welcomed feature to enhance the lives of countless affected individuals. Several affected communities including women, transgender persons, and racial and ethnic minorities are still underwhelmingly represented among HIV cure trial participants. For example, transgender women are a population highly affected by HIV in the U.S., and to date, only a single participant in an HIV cure trial has ever identified as transgender.

HIV advocate Moreniké Giwa Onaiwu spoke about the need to continue to include youth and young adults in our discussions about HIV cure research. She provided additional context on addressing HIV treatment in the lives of children, youth, and young adults who face their own unique set of challenges. Of note, the MDC program was further expanded in 2021 to include a collaboratory focused on HIV cure research in infants and children.

Lastly, future HIV cure-related discussions should continue to address HIV analytical treatment interruptions (ATIs). ATIs involve a research study participant stopping their antiretroviral therapy while their viral load is carefully monitored. It is a critical and complex component of HIV research. Barriers and facilitators to participating in ATIs, including what types of considerations for sexual partners, or significant others of partners, should also be carefully examined.

This session, unlike any other, utilized a “for us by us” model, that focused on discussions about HIV cure research among highly-affected populations led by individuals representative of those populations. All too often racial and ethnic and sex and gender populations are disproportionately impacted by HIV but sadly, they are not appropriately, effectively, or even ethically engaged in conversations about HIV cure research activities or public forums, community advisory boards, or even in clinical research. It’s time we have a conversation about what’s really going on and where our communities fit in with what’s happening around HIV cure science. 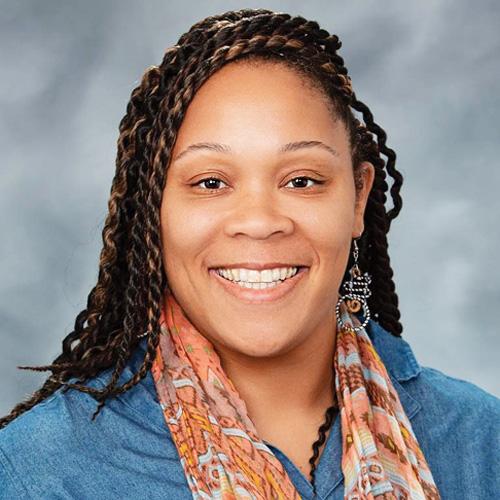 Danielle M. Campbell is a Los Angeles-based health equity and sexual health activist whose work centers minoritized communities of women and girls living with and affected by HIV/AIDS. She is a member of the AIDS Clinical Trials Group and several other advocacy-related efforts.

Embracing telehealth
A clinic on wheels serves people who inject drugs
25 years of HAART
Inclusion is essential to a cure
Let's talk
A sense of trust— and a matter of access
Oh my gosh, I can't believe you talk like that!
Little changes can make a big difference
The stories behind A Day with HIV
2022 Positively Aware Reader Survey