Having experienced his own ordeal, activist Robert Suttle adamantly believes we are destined to win
Sep 11, 2018

Getting involved in the movement to end HIV criminalization became the saving grace for my survival. As a person living with HIV, the experience of being persecuted by HIV criminalization changes you. Collateral and social consequences of a grossly unjust prosecution and conviction don’t simply end upon one’s release from prison. Social stigma and mental health challenges affects one’s day-to-day life making it, at times, all the more difficult to cope.

Although HIV criminalization remains a major issue, I am optimistic about the future, that our movement will continue to grow and build power to create change, challenging the status quo in every state across the country. It’s already starting to happen.

From hundreds of public events, ranging from professional conferences to community forums, it has been remarkable to witness the growing interest in ending HIV criminalization and the coalescing of national networks of activists and advocates, particularly people living with HIV, along with social justice groups; community organizers; public health, criminal justice, medical and scientific professionals, and political and public policy leaders. We’ve got allies today who only a few years ago we might have thought unlikely.

Much has changed since 2012, when the Sero Project, a network of people living with HIV and allies fighting against stigma and injustice, was launched, leading me to believe that we are destined to win! For example, several states—Iowa, Colorado, California, and North Carolina—have made significant victories by amending statutes and health codes related to HIV “criminal exposure” and “HIV control measures.” That’s solid progress.

HIV Is Not a Crime training academies—held in 2014 in Grinnell, Iowa; in 2016 in Huntsville, Alabama; and earlier this year in Indianapolis—urge us to use an intersectional lens to connect with other social justice struggles, and remind us of the importance of centering the voices and leadership of people living with HIV and other communities disproportionately impacted by criminalization in all its forms.

Recognizing that criminalization in the U.S. disproportionately impacts Black people, the first-ever Black United Leadership Institute (BULI), convened at HIV Is Not a Crime III in Indianapolis this past summer, to elevate and support a robust network of Black leadership, especially people living with HIV, who are involved in state-level HIV criminalization reform efforts. Any effort to abolish HIV criminalization that is authentic must center racial justice and leadership by people living with HIV and people of color.

As people living with HIV (PLHIV) and survivors of criminalization, our voices and participation in the movement continue to have a profound impact. Our willingness to shed our shame, speak up and share our stories—to do this has done more to raise awareness and mobilize grassroots action to change statutes than anything else. Absent our voices—and the many other PLHIV who have spoken up since—this movement would look very different today, certainly less robust and vibrant and more likely been created around PLHIV than by and with PLHIV. The difference would be profound.

One of the Sero Project’s strategies is to build and strengthen networks of people living with HIV in a number of states. Networks are persuasive and powerful advocacy tools, and have led to the growth of organizing around HIV criminalization in many states.

We are destined to win! That’s why today, I implore every person living with HIV, every advocate, every activist and ally, to join in the movement to getting to zero prosecutions. #HIVisNotaCrime! Get educated and active within your state coalition and learn why HIV criminalization laws are ineffective, unwarranted, and discriminatory. You care about HIV criminalization, you just don’t know it yet. We need your support and involvement to make sure we take the path that will improve public health and deliver on the promise of justice to every person, including those of us who have HIV.

Robert Suttle is the Assistant Director of the Sero Project. He oversees community outreach and education, and coordinates the Sero Project’s HIV Criminalization Survivors Network. 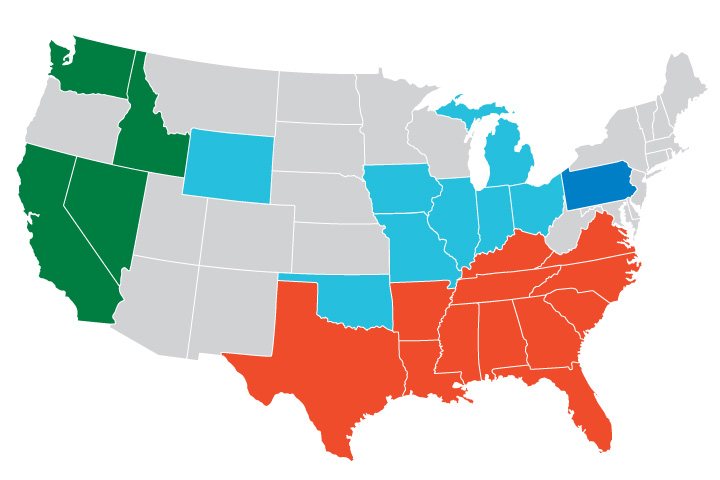 Where decriminalization efforts are taking place

Many statewide coalitions or working groups have formed, since the inaugural 2014 HIV Is Not a Crime in Grinnell, Iowa, starting state-level strategic planning and reform efforts or demonstrating some level of interest in some of the following states:

HIV Is Not a Crime Pennsylvania Working Group

Ending Criminalization of HIV
He said, she said—and what the law says
A Matter Of Culture and Rights
What you need to know about HIV criminalization
Crossroads: HIV and Social Justice
Prison Health Is Public Health
Learning To Stay 2GETHER
Howling Out Art Through Eyes Of Love

Musings from Amsterdam
Partner 2 study—Lots of sex, no transmission
Expert panel: HIV criminalization is discriminatory and at odds with science
Vaccine still kicking