On June 9, the FDA in a surprise move approved a generic version of the commonly-taken HIV med Truvada, a fixed-dose combination of emtricitabine (FTC) and tenofovir disoproxil fumarate (TDF). FTC/TDF is most commonly used as part of the single-tablet regimens (STRs) Atripla, Stribild, Complera, Genvoya, and Odefsey. The approval included an indication for PrEP (HIV prevention) as well as HIV treatment.

When drugs go generic, using them may lead to more cumbersome regimens. For instance, some medical systems may switch patients off an STR to put them on multiple pills. 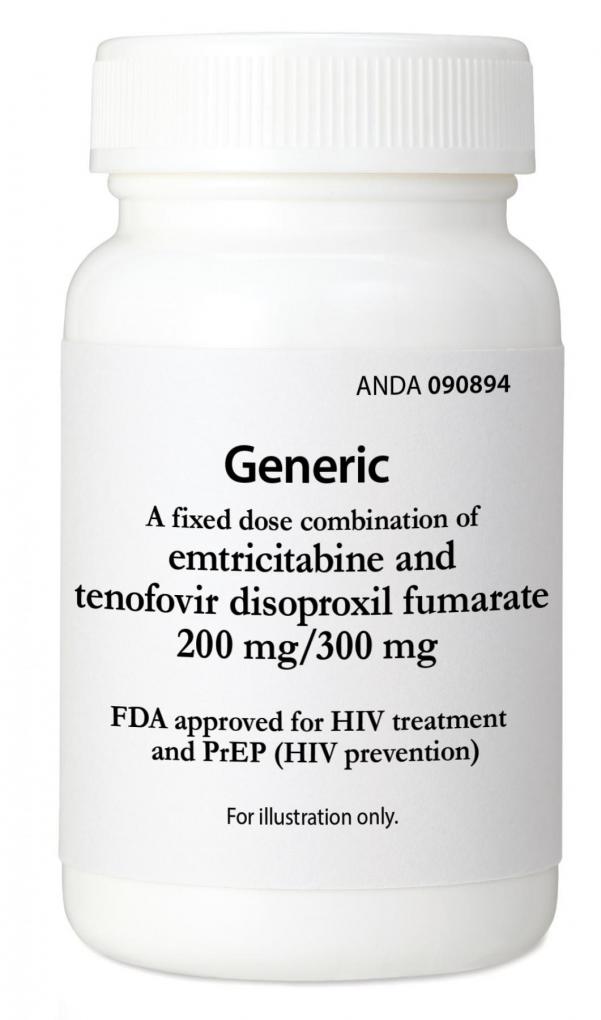 Activists scrambled to understand the ramifications of the announcement the same day, and called for Teva Pharmaceuticals USA, who will produce the new generic, to set up a patient assistance program, as is currently available from Gilead Sciences for its Truvada. This is especially important because generics do not necessarily save a lot of money over the original formulation. The cost savings may be a mere 10 to 15%. Truvada has a monthly AWP (average wholesale price) of $1,760, and some insurance plans require participants to pay a percentage of the price of the drug. In 2013 Gilead and Teva settled a patent lawsuit over the licensing of generic Viread (TDF), which will become available in December 2017.

Truvada also has a new version from Gilead that is kinder to the kidneys, Descovy (emtricitabine/tenofovir alafenamide, or FTC/TAF), that was approved by the FDA last year. Descovy has yet to receive the go-ahead for use in PrEP.

Activists also raised the issue that it will be important for Gilead to keep in place its co-pay and patient assistance programs for Truvada even after a generic becomes available, especially for those on PrEP. Gilead issued a statement that a “generic version of Truvada will not be immediately available.” The patent for tenofovir disoproxil fumarate (TDF), a component of Truvada, expires July 2017 and has pediatric exclusivity until January 2018. The patent for emtricitabine, a component of Truvada, expires in 2021.

“Gilead believes Truvada for PrEP is an important HIV prevention tool and we remain committed to helping ensure access to our medications for people both at risk of or living with HIV.”

The question remains as to when a generic FTC/TDF will come to market, and whether Teva will have exclusivity in making it. Activist Peter Staley told Positively Aware the day after the announcement that, “Yesterday was horribly frustrating, and an emotional rollercoaster. We were misled by the FDA, and stonewalled by Teva and Gilead. AIDS and PrEP activists deserve better.” 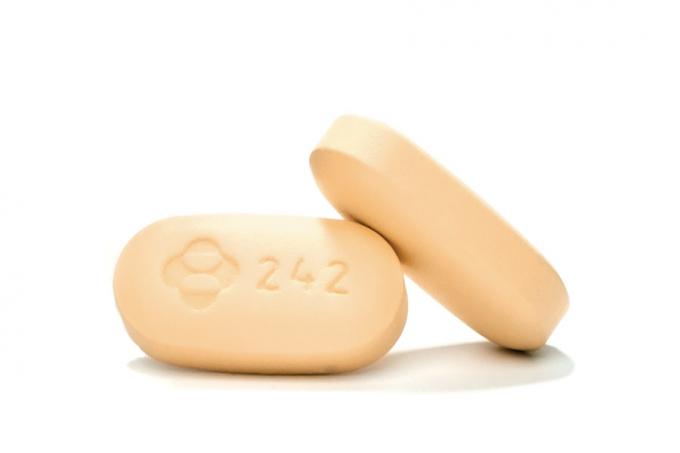 In May, the FDA approved the new once-daily formulation of Isentress, called Isentress HD. Isentress HD is taken as two 600 mg tablets once daily, with or without food, in adults and pediatric patients weighing at least 88 pounds (40 kg). The original Isentress is taken twice daily.

Raltegravir, which makes up both medications, is an integrase strand transfer inhibitor (INSTI). INSTIs are king of the hill in HIV therapy today. U.S. treatment guidelines list all the INSTI drugs on the market as “preferred” medications for initial HIV therapy (along with one protease inhibitor medication, Prezista). Isentress HD is expected to join that list. Approval was based on the results of the ONCEMRK study.

On June 12, Gilead Sciences submitted a New Drug Application (NDA) for the approval of a single-tablet regimen containing bictegravir (BIC), emtricitabine (FTC), and tenofovir alafenamide (TAF). Bictegravir is a new INSTI (integrase strand transfer inhibitor) that does not require boosting.

In May, TaiMed Biologics applied to the FDA for a biologics license application (BLA) for ibalizumab (IBA), an HIV treatment given by infusion once every two weeks.

IBA is the first HIV medication of its kind, a biologic. It would also be the first long-acting drug in HIV. A biologic is a treatment or vaccine that was made in a living cell, instead of made from a chemical process putting molecules together outside of a living cell (which are most drugs, including all of the current oral HIV drugs). That doesn’t make IBA necessarily better, but different.

The important difference is that IBA works against multidrug-resistant HIV. The infusion takes about 15 minutes. IBA is still expected to be given with at least one new medication to which the patient’s virus is not resistant.

“While some people can suppress their viral loads with currently-approved treatments, there is an urgent need for new options among those with multidrug resistance,” said Christian Marsolais, PhD, Senior Vice President and Chief Medical Officer for Theratechnologies, a partner with TaiMed, in a press release.

Because of that urgent need, IBA is already available through expanded access: go to ibalizumab-eap.com. For more on ibalizumab, see “Back to the Future”  in the January+February issue.

On June 7, the FDA approved a new Norvir (ritonavir) oral powder formulation, a 100 mg packet. According to the FDA, “Norvir oral powder dosage form is free of alcohol and propylene glycol, both of which are present in the currently marketed Norvir oral solution, making it safer for use in the pediatric population.” Information on the new powder formulation was added to the drug labels of the Norvir tablet and oral solution. Note: The taste of Norvir liquid is infamously bad. Positively Aware has not heard from anyone about the taste of the new powder formulation.

Maintenance HIV drug on the way

There’s a new HIV drug on the way, and it comes with a twist.

In the past several years, new HIV drugs were either single-tablet regimens or meant to be used in a combination consisting of two or more pills.

The new drug instead consists of two quite powerful medications in one pill, for use only in people who have already achieved undetectable viral load and are switching to the new med for what’s called “maintenance therapy.”

On June 1, ViiV Healthcare submitted a New Drug Application to the FDA for a pill that combines ViiV’s dolutegravir (brand name Tivicay, found in Triumeq) with rilpivirine (brand name Edurant, found in Complera and Odefsey) from Janssen Sciences. Dolutegravir/rilpivirine must be taken with a meal (because of the rilpivirine).

The application rests on the results of the SWORD studies of more than 1,000 participants who successfully maintained undetectable viral loads after switching to dolutegravir/rilpivirine from a three- or four-medication regimen. Read more about the SWORD studies in the May+June issue.

Although no longer recommended by treatment guidelines, the generic version

of Combivir—zidovudine plus lamivudine—was approved by the FDA in late March. Zidovudine is also known as AZT. Generics may be used to save money, however, they can come with the inconvenience of more pills as well as toxicity that’s no longer acceptable.

In April, U.S. treatment guidelines for pediatric HIV received many updates. Some of them are listed below. Go to aidsinfo.nih.gov for more information, including the section “What’s New in  the Guidelines”.

Do you like dogs? Do you like daddies? The charity Fred Says now allows you to enjoy both at once! The 80-page, full-color photography book Dogs & Daddies by photographer inkedKenny features portraits of men with their dogs. The book’s $60 cost goes toward the care and support of youth living with HIV. The book is available at fredsays.org. P.S. The other daddies wear way less clothes. 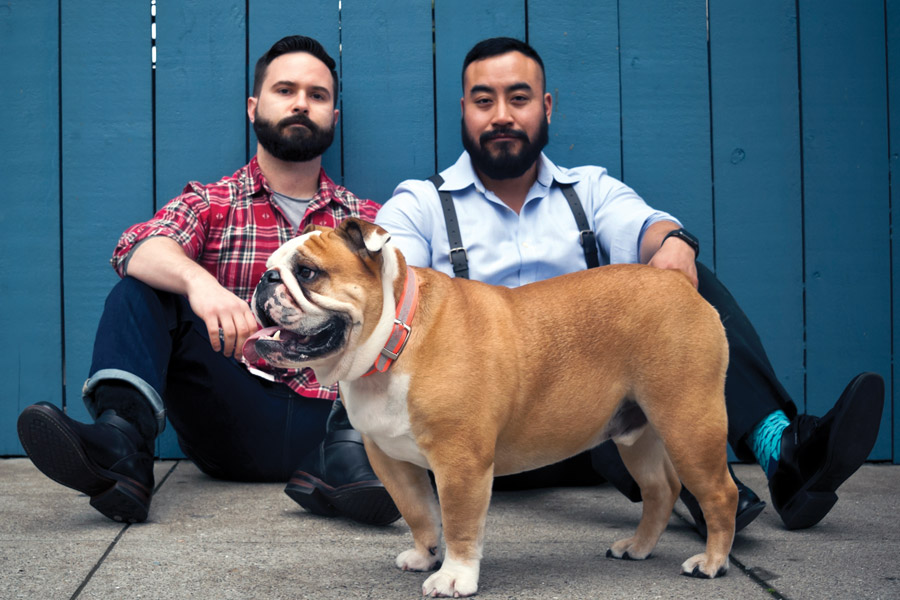 U.S. HIV treatment guidelines were updated in May regarding tuberculosis (TB). Information was added on new diagnostic tests and changes to preferred and alternative treatment of commonly used TB drugs, among other updates.  Go to aidsinfo.nih.gov.

NASTAD, a national non-profit organization serving city and state health department staffs, has created documents aimed at educating Congress members on the importance of Medicaid and ACA insurance protections for people living with and at risk for HIV and hepatitis. For copies or questions, contact Amy Killelea, akillelea@nastad.org.

On June 5, the U.S. Department of Health and Human Services officially changed the name of AIDS.gov to HIV.gov. “The announcement coincides with the 36th anniversary of the Centers for Disease Control and Prevention’s first report of the initial cases of what would become known as AIDS,” the agency reported in a press release. “The name change reflects major scientific advances that have transformed an almost universally fatal disease to a condition that, if diagnosed and treated early and continuously, can be controlled and prevented from progressing to AIDS. In fact, there are more people living with HIV in the United States now than people living with AIDS.” Read the press release.

July 28 marks World Hepatitis Day, providing an opportunity to raise awareness, particularly among those who may not be aware they have the liver disease. According to the World Hepatitis Alliance, organizers of the campaign, hepatitis kills 1.34 million people a year globally. Hepatitis B (HBV) and C (HCV) cause a combined 80 percent of the world’s liver cancer cases. It’s estimated that 90 percent of people living with HBV and 80 of those with HCV are aware they have it.

“Eliminate Hepatitis” is the theme this year, highlighted by #ShowYourFace, a social media campaign inviting people to join by submitting their picture. For more information about World Hepatitis Day, go to worldhepatitisday.org.

The National Library of Medicine’s AIDSource website is now available in Spanish. According to the government’s AIDSInfo website, “The mission of AIDSource is to serve as a reliable source for easy access to HIV/AIDS-related information from federal and non-federal resources.” AIDSource includes a widget to find testing sites. Go to aids.nlm.nih.gov/espanol. 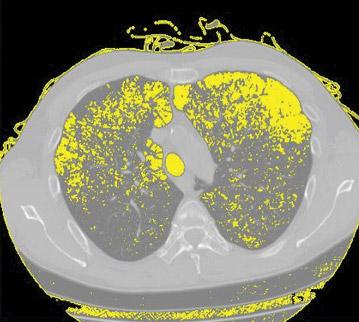 Researchers at Cornell University have discovered a mechanism that HIV uses to attack the lungs, which may help explain why the chronic lung disease emphysema is seen in up to 30 percent of people who are on ART.

Published May 9 in Cell Reports, the Cornell study found that HIV binds to stem cells (also known as basal cells), which transform into other types of cells that line airways of lungs. HIV reprograms the basal cells so that they release enzymes known as proteases, which can destroy lung tissue and tear holes in the walls of air sacs.

“This research is important because although antiretroviral agents have turned HIV into a chronic, rather than deadly, disease, the viral reservoirs that remain in the lungs and other tissue continue to cause serious side effects,” said senior author Dr. Ronald Crystal, chairman of Cornell’s department of genetic medicine, and a pulmonologist at New York-Presbyterian/Weill Cornell Medical Center. “Now that we have more information about how the HIV virus might cause emphysema, we can learn more about this potential enzyme target and work toward developing a therapy to prevent this lung damage from happening.”