A tale of two pandemics

Why can we talk about COVID-19 and still be so afraid to address HIV?
By Jake Glaser, Elizabeth Glaser Pediatric AIDS FoundationMay 17, 2022 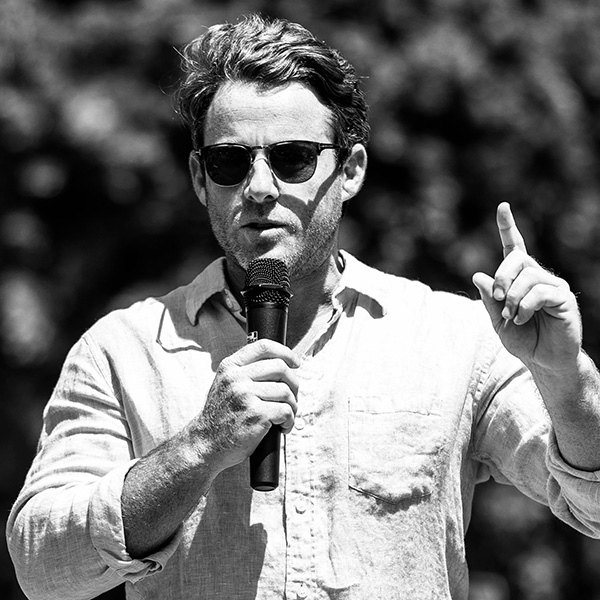 Over forty years ago a new disease struck fear into the hearts of everyone who heard it: AIDS. At first, AIDS was seen as an illness that only impacted people who were seen as marginal in mainstream society: gay men, drug users, and immigrants. Public discussion of AIDS was considered taboo by many, and politicians either chose to ignore it or use it to demonize those with AIDS and drum up political clout among frightened voters. As a result of fear-based inaction, thousands died from a disease that at the time was for many an automatic death sentence.

Today, I am struck by the parallels between the public response to HIV/AIDS and COVID-19. I wonder why we still stigmatize one virus, while freely discussing the other. In the case of HIV, is it easier to place blame at the feet of people who might have engaged in behaviors deemed risky or irresponsible? Would the collective panic in the early days of HIV/AIDS have been different if modern communication channels such as social media had existed then? Would people have proudly shared trips of their families getting tested for HIV at a local pharmacy, as they do today for COVID-19, had there been platforms like Instagram or Facebook 40 years ago? Would someone admitting they have COVID-19 experience the same stigma and shame that often still accompanies a person when they disclose that they have HIV?

I pose these questions not to negate the impact both viruses have had on the lives of millions of people globally, but rather to frame a pivotal question: How can we stop the stigma that still exists around HIV/AIDS when we have the tools and knowledge to stop the disease in its tracks? How can we get people to view HIV much as they view COVID—a chronic condition that can be managed with treatment?

I have a deep personal connection to the issue. In 1981, after having a transfusion when giving birth to my sister, my mom, Elizabeth, showed the world that AIDS could affect anyone—after transmitting the virus to my sister Ariel and then later, to me.

When Ariel lost her fight to AIDS at the age of seven in 1988, my mom used her position as a public figure to fight for me and kids like me, who had no treatment options available to them. A passionate mother and advocate, she met with Congressional representatives, leaders at the NIH, and even then-President and Mrs. Reagan, tirelessly advocating to ensure children with HIV were not forgotten in the government’s response to the disease. In 1992, she delivered a landmark speech at the Democratic National Convention, where she urged elected leaders to prioritize funding for AIDS research. While my mother ultimately passed away from AIDS-related complications, her legacy continues today through the work of the Elizabeth Glaser Pediatric AIDS Foundation which continues fighting every day in hard hit communities across the globe for an AIDS-free generation.

Throughout my life, and despite my mother’s efforts to protect me from it, I still experienced the stigma of what it meant to live with HIV. As a child, I remember the judgment not only of other kids, but of parents who refused to have their children invite me to birthday parties and sleepovers for fear they might “catch AIDS.” Even today, I recently had a friend quietly panic after absentmindedly sharing a fork with me at a family dinner. While we talk about the great strides made against HIV/AIDS, misinformation and stigma still exist—and in some countries can lead to domestic violence or social rejection.

As the global community faces COVID-19 and the continued uncertainty around it, the collective spirit to do what’s needed to prevent the spread of the virus is overwhelming. In the early days of the pandemic, It was commonplace to see people line up for blocks to access tests and vaccines, and my social media feeds were filled up with photos of friends and family members masking up to prevent the spread of the virus. On top of that, the vaccines for COVID-19 were rapidly developed using much of the same research that activists like my mom championed in the fight against HIV.

So why is it easier to talk openly about COVID-19 but not address the stigma of HIV? The answer is complicated.

For me, fighting entrenched, decades-old stigma means living openly with HIV and knocking down misconceptions about what it’s like to be HIV-positive. As someone living with HIV, I am particularly blessed to have the love of a supportive family. My father Paul, stepmother Tracy, and my incredible sister Zoe are all HIV negative, but their commitment to end HIV stigma through their encouragement of my endeavors is something I realize does not hold true for many people living with HIV, who often face the sting of stigma from those closest to them. My family’s unwavering support helps break down stigma at the most basic level.

I love to challenge conventional notions by living a full and healthy life, showing by example that being HIV positive does not define me but rather empowers me with the perspective to live every moment to its fullest. Much to the surprise of my friends, I only take two tiny pills each day to control my HIV. Watching their amazement makes me realize that so much of what people know about HIV is rooted in fear rather than hope. After all, I take fewer pills to keep my viral load undetectable and untransmittable than some take to cure a Saturday morning hangover. So why, in some areas of the world, is it still so stigmatizing to take these medications that help us be our best selves?

The world has applied valuable lessons from the early days of HIV/AIDS to our response to COVID-19. Through HIV/AIDS, we learned from very tough lessons that a community must come together to fight a pandemic, and that demonizing people with an illness only perpetuates sickness and fear. And just as we have normalized open conversation of COVID-19, we must stop stigmatizing HIV/AIDS once and for all. My mom, and so many others, challenged ideas of how to respond to a pandemic. Now, it is our generation’s time to take up the mantle and challenge the still prevailing remnants of misinformation and stigma from past generations. This spirit of hope and passion is what will end HIV stigma. It drives me, and I know it is what drove my mother to see a world free from HIV.

Jake Glaser is a Global Ambassador for the Elizabeth Glaser Pediatric AIDS Foundation. The son of Elizabeth and Paul Michael Glaser, he works daily to end HIV stigma in communities around the world and tirelessly advocates for an AIDS-free generation.