Activists share their memories of the playwright and founder of ACT UP
May 27, 2020 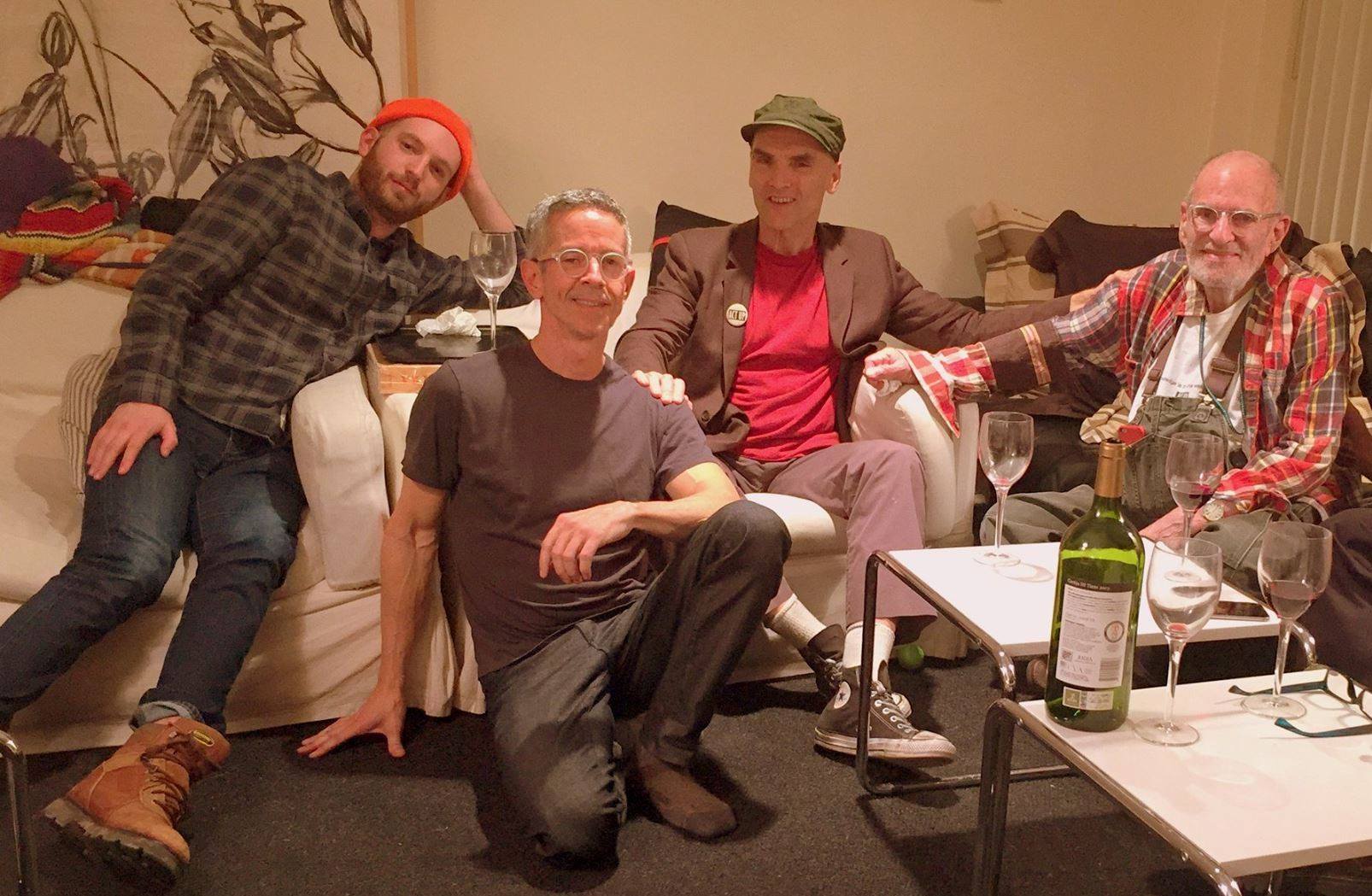 He was the most loved angry old man. But then, Larry Kramer had a lot to be angry about. He was one of the first activists in the fight against AIDS, even before it had a name. He was angry as he saw countless gay men in New York City and across the U.S. waste away and die, while a President refused to even utter the word AIDS. And he was angry enough at the slow pace of medical research to find a treatment that he called Dr. Anthony Fauci, who was behind the federal government’s AIDS research efforts, “an incompetent idiot.” The two eventually became friends; Fauci reportedly was brought to tears when he learned that Kramer had died Wednesday morning.

If Larry Kramer was angry, it was because that was how he expressed love. He fought for what he loved, and he loved gay people. Often, though, he seemed to love and fight them at the same time. Many times, passion led to alienation.

But foremost, Larry Kramer’s anger was a call to action. In 1983, he wrote, “1,112 and Counting,” an essay in the New York Native, the only local gay newspaper in the beginning of the AIDS epidemic; it was his cry of the heart about the AIDS crisis. “Our continued existence depends on just how angry you can get,” he said. It’s a cry that still needs to be heard today.

In a statement Wednesday evening, ACT UP NY said, "Members of ACT UP New York, past and present, pause in collective sorrow to acknowledge the passing of the group’s co-founder, Larry Kramer. Larry’s singular combination of political vision, fiery passion, and eloquent anger were the fuel that sparked our organization – and the start of the global AIDS activist movement – in March of 1987.

A New York City memorial service and commemorative demonstration will be held on Thursday, May 28 at 8:00 PM ET at the NYC AIDS Memorial, located on Seventh Avenue at 12th Street.

Here are a few posts and remembrances from people who knew and were inspired by Larry.

Alexandra Billings: He had a faint and powerful laugh. It ran across the room and circled a bit before it really landed. He found most things ironic. His humor bit you and seemed to wake you up and remind you.

He said to me once: “You have a job Alex. And as long as you know that, everything else is really hilarious.”

His mind was like a well-stocked attic. He held dear his friends and his enemies, of which he had plenty of both. He kept memories and he stored information. Nothing moved past him. You couldn’t fool Larry. That was impossible.

“Why does everyone think you’re so angry all the time?” I asked him over pancakes one morning.

“Because I AM angry all the time.”

He wrote plays and books and changed the world. He never began a war in his life. He fought and he rebelled and he simply answered a calling. When our community was picked off one by one by a deadly insidious plague, he wiped the blood of a million queers off his sleeves and went to work.

He was not a savior.

He was a man with a reason.

I loved him. He was my friend. He cast me in a play and he saw me in the Broadway cast of “Wicked” and the last time we spoke he said to me,

I don’t know if I’m doing it and I don’t know what my job is but I know I had a momentary relationship with greatness. That was never lost on me.

He filled my heart and his kindness taught me to be more open than I was comfortable with. He wanted me to be braver, both on stage and off. He demanded more of all of us and that was frightening and wonderful.

He took up enormous space in my life. He berated and idolized American history and spoke of change in a way that seemed possible and powerful. He suffered no fools and took few prisoners. He never lost his step. He never lost his sparkle and through all of his years on the planet, he never once lost his fight.

The last moment of he and I together we stood shoulder to shoulder, in the hallway of the Gershwin theater and I put my arm around him and humans passed us one by one, some pointing, some gasping for air because it was really him, he leaned close to me and whispered in my ear ...

I never laughed so hard in my life.

My god he was funny.

Fly free, Pootie. I am different because of you. We all are.

Valerie Wojciechowicz: Larry Kramer was larger than life. His tireless work in the HIV and AIDS communities has always been an inspiration to me!!!! When I was diagnosed there was no internet, specialist or anyone to talk to except for GMHC (Gay Men’s Health Center)! This was my lifeline and I owe a huge debt of gratitude to Larry. His leadership in activism and advocacy inspired me to become who I am today. Thank you, Larry. RIP

David France: Larry was always complaining that the gays had no Martin Luther King, which was silly, of course, because he was our King. More imperfect, more intemperate by far, certainly more polarizing, but no less impactful. Everything he did seemed designed to fail, yet somehow he gathered up a lackluster movement and a dysfunctional community and shouted and insulted us forward. In this indirect way, he launched a powerful and transformative AIDS movement, which remained his lifelong focus, but he also managed to fuel the most rapid social transformation in history. America owes Larry a postage stamp at the very least, and a long weekend for sure.

Larry Flick: “Communities are small. They are pie baking contests. As a gay man, you are part of a population of people. Own the bigness of who you are, and you can and will change the world.” Larry Kramer said that to me once in an interview. It’s changed my life forever. #RIPLarryKramer

James Krellenstein: The first time I met Larry in person, I was 24. Before this, we had been fighting for about a year, with increasing vitriol directed towards each other. When Truvada was FDA approved as PrEP back in 2012, Larry, among many others, was a vocal critic of those who used it. He viewed it, then, as our defeat, I viewed it as (part of) our salvation from a plague that was still raging.

It was Jim [Eigo], Peter [Staley], and my ex-boyfriend, all ACT UP alumni, who convinced me that we needed to sit down and break bread together, rather than screaming at each other online. We did, and after a suitable amount of food, wine and me agreeing to allow him to keep all the leftovers (I cooked), he become a supporter of increasing access to PrEP. In my mind, that dinner represented a turning point in the fight against HIV, where we stopped fighting among ourselves about PrEP, and began to fight to increase access to it.

Larry's death represents another turning point. To quote him, we are in the midst of another fucking plague. The question, I think, Larry would ask of all of us is what are we doing to fight back? ARE WE ANGRY ENOUGH? ARE WE ORGANIZED ENOUGH? BECAUSE, RIGHT NOW, WE ARE AS GOOD AS DEAD.

Larry, and a whole generation of queers that preceded us, taught us how to fight back against a plague that at one time also seemed hopeless. They fought heroically, and won. But the generations who came after them—us—can no longer depend on just them to fight for us. It’s our turn now.