Monkeypox is an illness caused by a virus closely related to the smallpox virus. Despite the name, these viruses are not related to the chickenpox virus, which is a herpes virus. I know that’s confusing. Just think of monkeypox and smallpox as their own unique type of virus.

Historically, monkeypox has mostly infected animals in Africa, with an occasional spread to a human. However, this year’s epidemic is a new development. The virus has escaped from its usual animal host and is now spreading from person to person. In particular, it has entered the sexual networks of men who have sex with men, and is increasing among that group, although there are also a smaller number of cases occurring in other people.

What are the symptoms of monkeypox infection?

The virus causes blisters or pustules (“poxes”), which can be very painful. These can appear anywhere on the body. In the current epidemic, they also are commonly found in the “underpants zone,” namely the genital and anal areas. They can also cause swelling and pain inside the anus. People infected with monkeypox may also have fever, muscle aches, headache, cough, swollen lymph nodes, loss of appetite, and other symptoms. People with monkeypox are generally ill for 3–4 weeks and are advised to quarantine to prevent further transmission. In the past, an occasional person has died from monkeypox. In the current epidemic, no one in the U.S. has died of monkeypox, but some people have required hospitalization for pain control or other symptom treatment. So far I am not aware that the disease is worse in people living with controlled HIV, but there have not been enough cases yet to tell that for sure. The disease does seem to be worse in people whose HIV infection is not controlled.

How is monkeypox spread?

Most commonly this virus is spread by skin-to-skin contact, such as during sex, especially via contact with the fluid from one of the pox lesions. The virus can be detected on inanimate objects such as sex toys, towels, and benches, so it could theoretically be transmitted via one of these objects if it was in contact with someone with active monkeypox infection. However, it is likely that the virus detected on these surfaces is not very infectious. Monkeypox may also be transmitted by respiratory secretions and by body fluids such as semen. Close intimate skin-to-skin contact, and especially penetrative (oral or anal) sex, seem to be the most common ways it is transmitted, as opposed to simply being in the same room as someone, or casual contact with another person’s skin or a surface they have touched. However, because of the risk of transmission, a person with monkeypox is asked to physically isolate from other people until they have fully recovered.

Just 'being gay' does not put a person at risk of monkeypox; rather, it’s who you have intimate contact with. This is important as I have had some gay male patients, who are not sexually active at all, express a (mistaken) fear that they are at risk of getting monkeypox.

Is monkeypox a sexually-transmitted infection (STI)?

I consider monkeypox to be a new STI, since almost all cases can be attributed to sexual contact, almost exclusively male-male contact. In fact, in a recent analysis of the first 528 monkeypox cases in the current epidemic, 95% were attributed to male-male sexual contact. Many of the cases are being diagnosed in sexual health clinics, where they may be misdiagnosed at first as a more typical STI such as herpes or syphilis. In some cities, sexual health clinics are taking the lead in addressing the epidemic. This is why I think it’s useful to frame monkeypox as an STI among gay men, even though a small minority of cases are occurring in other people, mostly from non-sexual transmission. These rare non-sexual cases do not seem to lead to additional spread. Almost all of the ongoing spread can be attributed to sexual contact.

Also, just “being gay” does not put a person at risk of monkeypox; rather, it’s whether you are sexually active and who you have intimate contact with. This is important as I have had some gay male patients, who are not sexually active at all, express a (mistaken) fear that they are at risk of getting monkeypox. It is not how one identifies; it’s what one does intimately, and with whom that exposes a person to this virus.

How does a person get tested for monkeypox?

A health care provider swabs the fluid from a pox lesion and sends the swab to a lab for testing. This test is now available via large commercial labs in the U.S. There is no self-testing yet, and there is no blood test. A person must have at least one pox lesion in order to be tested. In that case, they should go to a health care provider—either their primary care provider, a walk-in clinic, or sexual health clinic, etc. Clinics that typically see men who have sex with men are more likely to be up to date on how to obtain and send a specimen for testing.

How can monkeypox be prevented?

The most surefire way would be for a man to not have sexual contact with new male partners for the time being, since the virus is circulating primarily among men who have sex with men, and by intimate (often sexual) contact. That’s impractical on a large basis; sex and intimacy are powerful human drives. However, I take care of some men who are normally very sexually active, but who have decided lately to pause their sexual activity or tighten their sexual network for the time being, given the risk. Short of that, it’s helpful to know who you are intimate with, whether they have a rash or other symptoms, or have been ill recently. Sex clubs, sex parties, and other similar settings pose a high risk of infection if a participant has this virus.

There is also a vaccine, JYNNEOS, that is effective at preventing monkeypox (and smallpox). The vaccine is given as a shot under the skin of the upper arm (subcutaneously), or at a smaller dose between layers of the skin (intradermally), in the lower arm. A second dose is given a month later. People tend to have minimal aftereffects from the vaccine although the newer intradermal way seems to cause more local irritation. Protection is said to start two weeks after the second dose. Although it is a live vaccine, JYNNEOS appears safe for people living with HIV, at least if their CD4 count is over 200. In fact, the vaccine was studied in this population and no problems were found. It has not been studied in people with untreated HIV and/or CD4 below 200. When a person has a weakened immune system, some live-virus vaccines can spread uncontrolled in their system and cause illness. However, even though JYNNEOS contains a live (but crippled) virus, it is probably safe in such folks. The virus in the vaccine has been genetically altered such that it theoretically is unable to spread within the person’s body, or be transmitted to another person. A live vaccine approved for smallpox, ACAM2000, is also available and should give protection against monkeypox; however, it is much more toxic, can spread within the body and to other people, and it should not be given to people living with HIV.

JYNNEOS can also be given for post-exposure prophylaxis. If a person has had close/intimate contact with someone who proves to have monkeypox, the person can get a dose of vaccine. If given soon enough it may prevent the infection completely, or (especially if given more than a few days after exposure) it still may make the infection less severe.

The supply of JYNNEOS is very limited, although much more will be available over the next few months. It is being distributed by the CDC and local health departments, and from there to clinics where it is given to patients. Currently in the United States the supply is allocated to cities and counties based on the number of cases there. This does not account for the fact that many people travel. In particular, gay men traveling to an event such as Bear Week in Provincetown, or going on a gay cruise, may have difficulty getting a dose before they leave if they live in an area with few cases.

“I am ‘older’ and I had the smallpox vaccine when I was a child, which younger folks have not had. Will this vaccine protect me from monkeypox?”

We know that the immunity from smallpox vaccine fades with age. The smallpox vaccine that some older folks had decades ago is unlikely to prevent monkeypox now. However, it may help reduce the severity of the disease if the person catches monkeypox.

How is monkeypox treated?

Most people with monkeypox do not need antiviral treatment; their system clears the virus on its own. The most common treatments a person might need are for control of symptoms such as pain and fever. There is an experimental antiviral (tecovirimat, or TPOXX) that can be obtained for people with severe symptoms. This is not available at regular pharmacies and would have to be accessed through the local health department, infectious disease clinic, or other clinic that has been authorized. HIV antivirals do not treat monkeypox, nor do antivirals designed for other infections such as herpes, flu, and COVID-19. 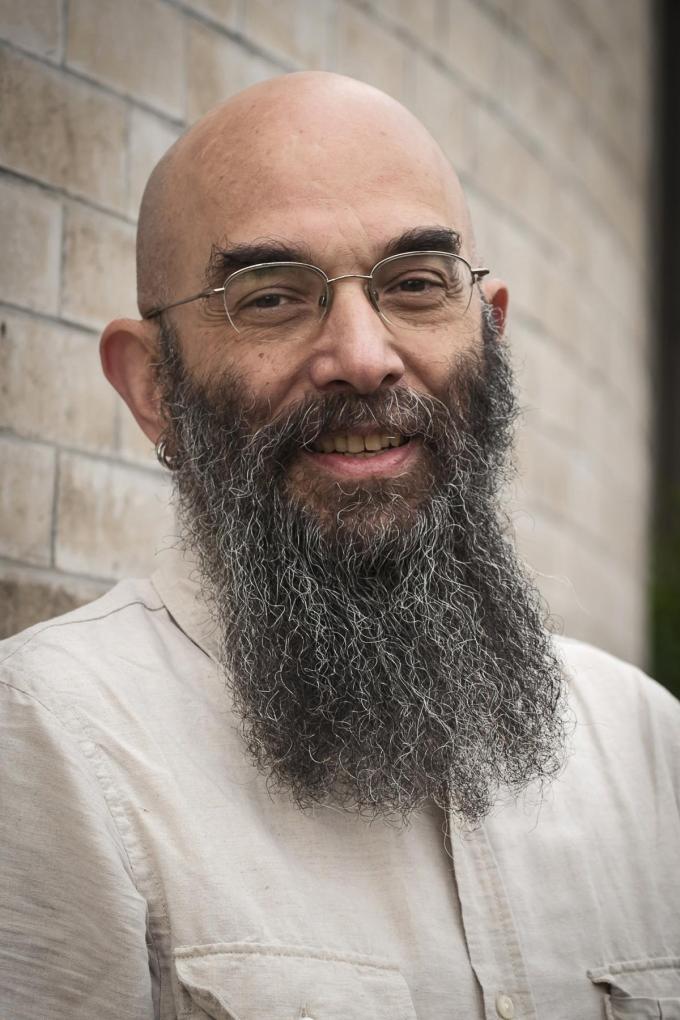 Peter Shalit, MD, PhD, is an internal medicine physician in private practice in Seattle, Washington, since 1990. He shares his LGBTQ-focused practice with two physician assistants, caring for a large diverse group of adults of all ages, gender identities, and sexual orientations, including many people living with HIV and a similar number of folks on PrEP. His clinic also participates in clinical trials of HIV treatment and prevention medications.

Dr. Shalit is Board Certified by the American Board of Internal Medicine and the American Academy of HIV Medicine, and is a Fellow of the American College of Physicians. He also serves as a Clinical Professor of Medicine at the University of Washington where he teaches about HIV treatment and prevention as well as general LGBTQ health.