Is it enough to have merely survived the HIV epidemic? 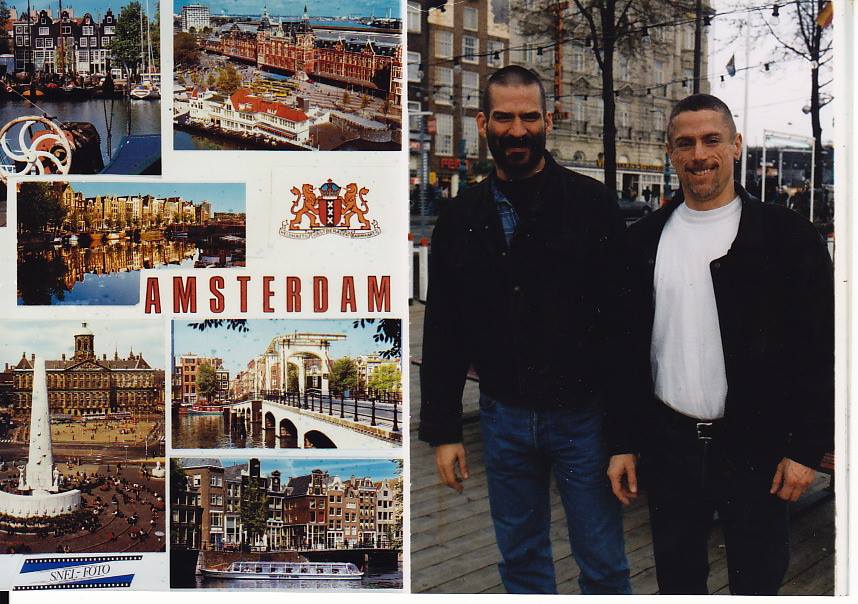 1998 was a significant year for me—I had lost my mother in June after a long struggle with breast cancer, and I saw the end of a wonderful 16-year relationship that same year. I also met a man who would change my life forever.

I met Steven at Folsom Street Fair in September 1998, and he came into my life at a pivotal time of loss and transformation. He was Canadian and lived in Amsterdam, and we began what some might call the ultimate long-distance relationship. He visited me several times here in the States, and I went to visit him in Amsterdam in the spring of 1999.

Steven was full of life, humor, and gregariousness. He helped me come into my own and find my own path, and for that I will always be truly grateful. But Steven had his own demons, and would sometimes grow dark and moody. We eventually broke up after less than a year together, but we somehow remained friends and stayed in touch with each other through social media, and would always remember to email each other on our birthdays. But this year he didn't respond when I emailed him in March, which was unlike him, so I followed up again a few weeks later thinking that maybe he had never received my email. The next day I got the news from his friend Gareth that his body was found in his apartment, after neighbors became worried and contacted authorities.

It seems that Steven had lost the will to live after losing his partner and the love of his life Robbie to cancer a few years ago, and when he could no longer ride his beloved horses or teach yoga at a local AIDS organization due to his own health issues. He cut himself off from all of his friends, and decided to stop taking his HIV meds.

I wish I could have been there with him to talk him through whatever he was going through. I was hoping to see Steven once more when I went to Amsterdam next year for the International AIDS Conference. But it wasn’t meant to be, and now he’s gone.

It makes me wonder if it is enough to have just survived the epidemic. What is it after all these years that makes us give up, and decide that life is no longer worth living? How can we reach out to each other to offer the support and guidance that’s needed for so many HIV long-term survivors living in isolation, financial uncertainty, or mounting health issues? How do we create resilience, and teach that resilience to others. Is there such a thing as my friend Louis coined “resilience fatigue?”

My heart is broken but I will push forward. If you have a Steven in your life, reach out to him or her. Tell them that they are not alone, and that they have a place in this life no matter how bleak things may look. We always have an opportunity to reinvent our lives, and find a purpose for living, a reason to say, “I’m still here.”

Jeff Berry is Editor of Positively Aware magazine, Director of Publications for TPAN, and a member of the National Working Group of The Reunion Project for HIV long-term survivors.