The state is among the first to affirm non-discrimination protections for LGBTQ people in wake of HHS guidance reversal
Jul 1, 2020 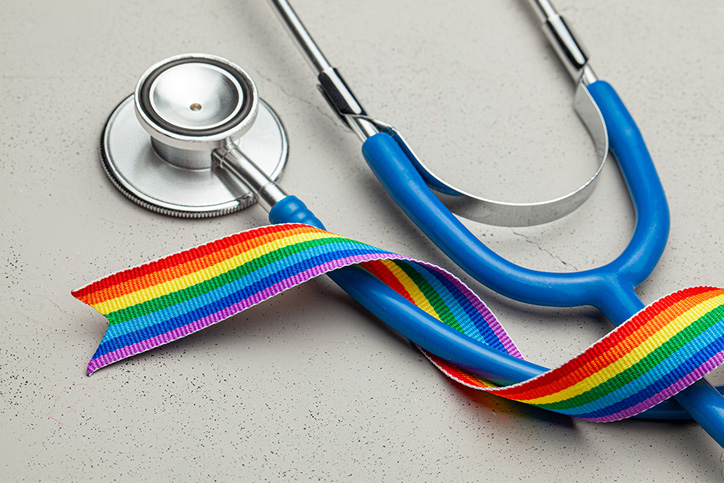 The policy move comes just weeks after the U.S. Department of Health and Human Services (HHS) announced on June 12 that it will remove the explicit nondiscrimination protections for transgender individuals and other vulnerable populations under the Affordable Care Act (ACA).

Illinois is one of the first states in the nation to deliver an official guidance in response to the Trump administration’s action, which many advocates have argued sows confusion about the right of LGBTQ individuals, and specifically transgender people, to access healthcare free from discrimination. The state’s move has important implications for LGBTQ residents who are vulnerable to HIV and lack access to health care.

“In Illinois, there is no confusion. The Illinois Human Rights Act, the Illinois Insurance Code, and the Illinois Administrative Code prohibit discrimination on the basis of sexual orientation and gender identity in healthcare settings, including in the offering and provision of health insurance coverage.”

In its response, the state provided explicit legal guidance for employers, insurers, and residents regarding its nondiscrimination protections. Illinois has been recognized as having some of the most sweeping nondiscrimination protections in the U.S., and Illinois law was expanded in 2005 to include protection from discrimination on the basis of sexual orientation. In addition, advocacy groups such as Equality Illinois, Lambda Legal, and HRC hold up the Illinois Human Rights Act as one of the few state-level human rights acts to prohibit discrimination on the basis of gender identity in housing, employment, healthcare, and public accommodations.

A series of events prompted the move from Illinois leaders. In May, the Trump administration forewarned that they would reverse guidance regarding language in the ACA that prohibits discrimination on the basis of "race, color, national origin, sex, age or disability in certain health programs and activities." Since 2016, the ACA language had been interpreted to encompass gender identity, following the Obama administration’s guidance clarifying “sex” as applicable, in effect, to transgender individuals. The Trump administration reversed that guidance in their action in June.

According to some LGBTQ advocates, the Trump administration’s reference to “excessive costs” in its June 12 guidance reversal targets transgender-focused care. Critics of the federal change also cite the timing of the HHS decision as adding insult to a painful memory, on the fourth anniversary of the mass shooting at Pulse nightclub. The public statement from Illinois leaders called the federal policy change an “attack” on protections for LGBTQ people, with Illinois Department of Insurance Director Robert Muriel saying, “We are disappointed that the Trump Administration is continuing its attack on the nondiscrimination protections for gender identity and sexual orientation provided by the Affordable Care Act…We will pursue all options available to protect against all forms of gender-related and sexual orientation discrimination in the provision of health insurance coverage under Illinois law.”

For HIV-affected communities, particularly LGBTQ individuals who are disproportionately vulnerable to HIV, this battle on the policy front has far-reaching implications. Illinois may set the tone for other state-level responses to the Trump administration’s removal of protections.

Transgender individuals who may be most affected by this policy are especially vulnerable to HIV as well as discrimination in care settings. The National Center for Transgender Equality’s 2015 U.S. Transgender Survey (USTS) found that one in three respondents reported having had a negative experience in healthcare settings on the basis of their gender identity. The same survey found that in Illinois alone, 28% of respondents cited problems with insurance or denial of coverage related to their gender identity or transition-related care. Transgender individuals are also disproportionately impacted by HIV. According to the Centers for Disease Control and Prevention (CDC), one study estimates that 14% of transgender women in the U.S. are living with HIV. The Illinois Department of Public Health cites 2015 USTS survey data showing 3.4% of transgender women report living with diagnosed HIV, a rate that is 11 times higher than in the general population.

HIV care expert and researcher Dr. Robert Garofalo, MD, MPH (who is also a board member of TPAN, the publisher of Positively Aware) went on record with PA to comment on the guidance change from HHS and the policy response from Illinois:

“To try to rescind healthcare benefits during a pandemic and a time of cultural unrest is deplorable at best, and I find Governor Pritzker’s decision to be both appropriate and admirable. Access to healthcare for gender-nonconforming and transgender people saves lives. I’m proud to be living in the State of Illinois right now.”