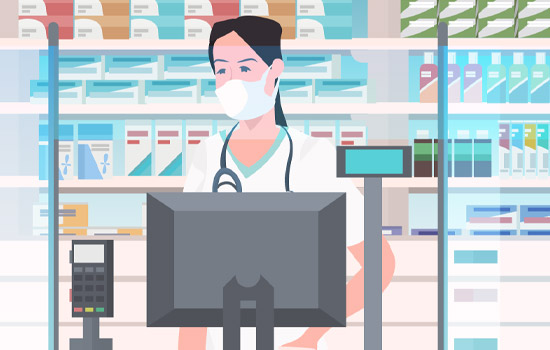 Following a groundbreaking legislative move last fall, California has become the first state in the U.S. allowing pharmacies to dispense HIV prevention drugs without a prescription under a new state law that took effect July 1, a move advocates support in efforts to end the epidemic in the U.S.

After that, a doctor’s prescription is required. The law also prevents insurance companies from requiring prior authorization to pay for the drugs. Medi-Cal, the state’s version of Medicaid, is also now required to cover PrEP and PEP.

As approved by the state legislature—after rigorous debate and endorsement by some of the state’s most notable HIV and LGBTQ health organizations in 2019—the law that takes effect this month also stipulates prerequisite testing and an informed consent approach.

Before receiving PrEP or PEP, a person must be able to demonstrate that they have tested negative for HIV in the previous seven days. Sponsors of the law took medical and scientific feedback into consideration in crafting the measure: it is necessary to test for HIV before starting PrEP because if a person with HIV takes PrEP, their virus could develop resistance to the drugs that are also used in some HIV medications, potentially limiting a person’s future treatment options. In addition, medical guidance on PrEP emphasizes the need for regular check-ups to test kidney function and to test for sexually transmitted infections.

PEP is used to prevent an HIV infection that may already be in progress, so no HIV test is needed.

While the California law provides unprecedented access to PrEP and PEP without prescription, it does place the onus on dispensing pharmacies to fully inform their customers. Prior to dispensing, pharmacists are required to educate patients about PrEP—including side effects, the importance of adherence, additional testing, and about other infections such as HIV, hepatitis B, and hepatitis C. Pharmacists must also discuss additional safety information about PrEP use during pregnancy and breast feeding.

The new law’s restrictions are the result of a compromise. The California Medical Association and other medical groups had originally opposed the bill’s passage, concerned about the long-term use of PrEP and PEP without follow-up testing and medical supervision.

Signed into law last October by Gov. Gavin Newsom, Senate Bill 159 was authored by state senator Scott Wiener and co-sponsored by assemblyman Todd Gloria. In 2014, as a member of the San Francisco Board of Supervisors, Weiner disclosed that he was taking Truvada as PrEP. Weiner chairs the LGBTQ caucus of the California state legislature. Proponents of the bill argued that limited access to care, stretched capacity of HIV-focused care providers, and barriers of stigma or costs were among the reasons to dispense PrEP and PEP via pharmacies rather than solely via prescription.

State legislators debated SB159 last year with significant numbers weighing their decision. California remains the most populous state in the U.S., and it ranks among states with the highest number of new HIV diagnoses in the nation (more than 4,300 diagnoses in 2018). A 2019 analysis by the California Health Benefits Review Program found that more than 27 million Californians enrolled in state-regulated health insurance, County Organized Health Systems, or the state’s Medi-Cal program would have insurance subject to SB159; the same body reported that nearly 30,000 people in California use PrEP. In addition, California has one of the highest counts of licensed pharmacies in the country. In that context, the law that took effect July 1 may have profound impact for millions of individuals at risk for HIV.

What remains to be seen is whether California’s test of this access to PrEP and PEP sets a precedent for legislative or HIV prevention policy moves in other states. While the effectiveness of PrEP has been widely proven and is recognized by the Centers for Disease Control and Prevention (CDC) as reducing risk HIV by 99% when taken daily, access to the HIV prevention medication varies greatly—with researchers even coining the term “PrEP deserts” to describe underserved regions. Without question, state-level HIV prevention advocates and groups advocating for broader and more affordable access to PrEP—not to mention pharmaceutical industry leaders—will be evalutating the impact of California’s law for years to come.