Artists living with HIV say ‘no’ to stigma with Paris exhibit 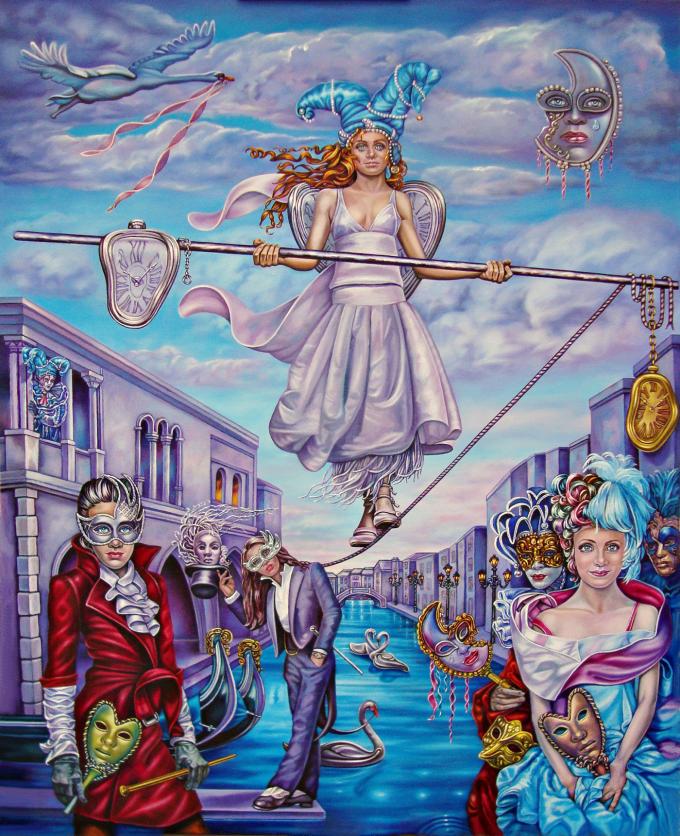 "The Great Divide," one of the works on display by European artists living with HIV.

Artists from across Europe who are living with HIV worked together to fight stigma and discrimination with ArtPositive, an exhibit that opened Sept. 7 in Paris at the Galerie Marie Holmsky.

“Although science has made great strides, discrimination against people living with HIV has largely remained,” says their artist statement. “Fear and prejudice are deeply rooted in people for no good reason. However, some people with HIV also self-stigmatize and many cannot, because of public pressure, reveal their status.

“ArtPositive is an artistic project, the culmination of which will be an international exhibition by visual artists living with HIV.

“The objective of this initiative is to combat, through art, the stigma, discrimination, and isolation some people still face living with the virus.

“We are HIV positive artists from different countries and we want to say no to HIV stigma! We want to show through our artistic creations, exhibited in a high-class art gallery (located in the artistic epicenter of Paris, the Saint-Germain-des-Pres quarter), that we are people and artists like all the others in the world.

“The virus in the blood is apparently easier to eliminate than stigma in the mind.

“We want people to know that everyone has the same rights, duties, and opportunities whether you live with or without HIV.” The statement is signed by the four artists: Nacho Hernandez Alvarez, of Barcelona, Spain; Bóre Ivanoff, of Paris, France and Bulgaria; Adrienne Seed, of Manchester, UK; and Philipp Spiegel, of Wien, Austria.

In an email to POSITIVELY AWARE, Ivanoff wrote that visibility and popularity “will be a great help and encouragement to fight HIV-related stigma and discrimination and to encourage other people living with HIV to organize similar activities, to go out in public and not be ashamed of HIV.”

Images from the exhibit can be viewed at the gallery’s website, galeriemdh.fr, and runs through September 25.

Ivanoff says he has been contacted by artists from around the world who are living with HIV, and want to take part in a possible second exhibition.