Ground was broken on Wednesday for the long-awaited AIDS Garden, a memorial at the original site of the Belmont Rocks, a popular gathering spot from the 1960s–1990s for Chicago’s LGBTQ community.

Activists and members of Chicago's LGBTQ community joined with local elected officials for the ceremony. Among those speaking at the event were Chicago mayor Lori Lightfoot; alderman Tom Tunney, whose 44th ward includes the site; state house leader Greg Harris, who is openly gay and living with HIV; and U.S. Representatives Jan Schakowsky and Mike Quigley, whose congressional districts include various north side LGBTQ neighborhoods.

Delayed for more than a decade after its announcement, the AIDS Garden is expected to open this fall, dedicated to the lives lost to the AIDS epidemic. It will feature an educational walk, a “healing garden,” and a lawn that will highlight the 30-foot-tall Keith Haring sculpture, Self Portrait, already at the site. Haring died of AIDS-related complications in 1990.

“While this will be a place where we come, and we reflect, the fight on HIV is not over,” mayor Lightfoot said. “The struggle is different. The medicines are better, but they're not reaching all those who are in need. And the people who are struggling now look more like me, Black and Brown folks, women, who are still getting sick and dying needlessly, at a time when everyone should be brought into care.”

House leader Harris recalled the early years of the AIDS epidemic. “Every day, someone new got sick and shortly after, they died,” he said. “And the government at the time turned its back on them. There were disparities in health care. There was discrimination allowed in the workplace. Corporate financial support was just beginning. And there were still some people who were a little worried about supporting [anything that] mentioned LGBTQ. When I was diagnosed with HIV in 1988, never did I think that I would live past 1990. That's what they told me at the time.”

The ceremony was capped off with a dramatic reading by poet Osiris Khepera, the following is an excerpt.

“This disease is not a problem of yesterday. This is a fact of now.

“Yet, I remember Pedro Zamora. And Arthur Ashe. And Alvin Ailey. And Willi Donnell Smith. And Ryan White. And Gia. And Magic Johnson. And the seas of endless Quilts. And the Band Played On. And the silence on the news and the downplaying and the sidelining and the anger and the pain and the fear and the funerals on TV. And seeing RENT for the first time knowing that my senpai, those Queer elders just a few short, quixotic years my senior had lived that one out loud and in person. Countless others with names too long and lives too short. And endless streams of those Living with, Living with Not Dying from Disease. Black and Brown boys between 14 and 25 still Number one in infection rates, yet there are no shouts from the rooftops!

"It's almost like there's a global pandemic that no one took seriously the moment it began. It frightens and it shocks and it discomforts the masses while the worst affected are those of us who live in the margins. Sidelined by birthright, circumstance and orientation. Forced to perish alone in hospitals where even medical staff are afraid to touch us. Where our chosen families are not allowed to see us. Where we perish without the comfort of a loved one to hold a hand. Where the transition from this realm to the next be met with red tape and backlogs of bureaucracy. And your death certificate reads that Cancer—I mean Covid—I mean pneumonia was the cause of death, and you never got the acknowledgement or the proper release that you so rightfully deserved…”

The AIDS Garden is funded in partnership with the city, state, and Chicago Park Foundation, a nonprofit financial partner of the Chicago Park District. 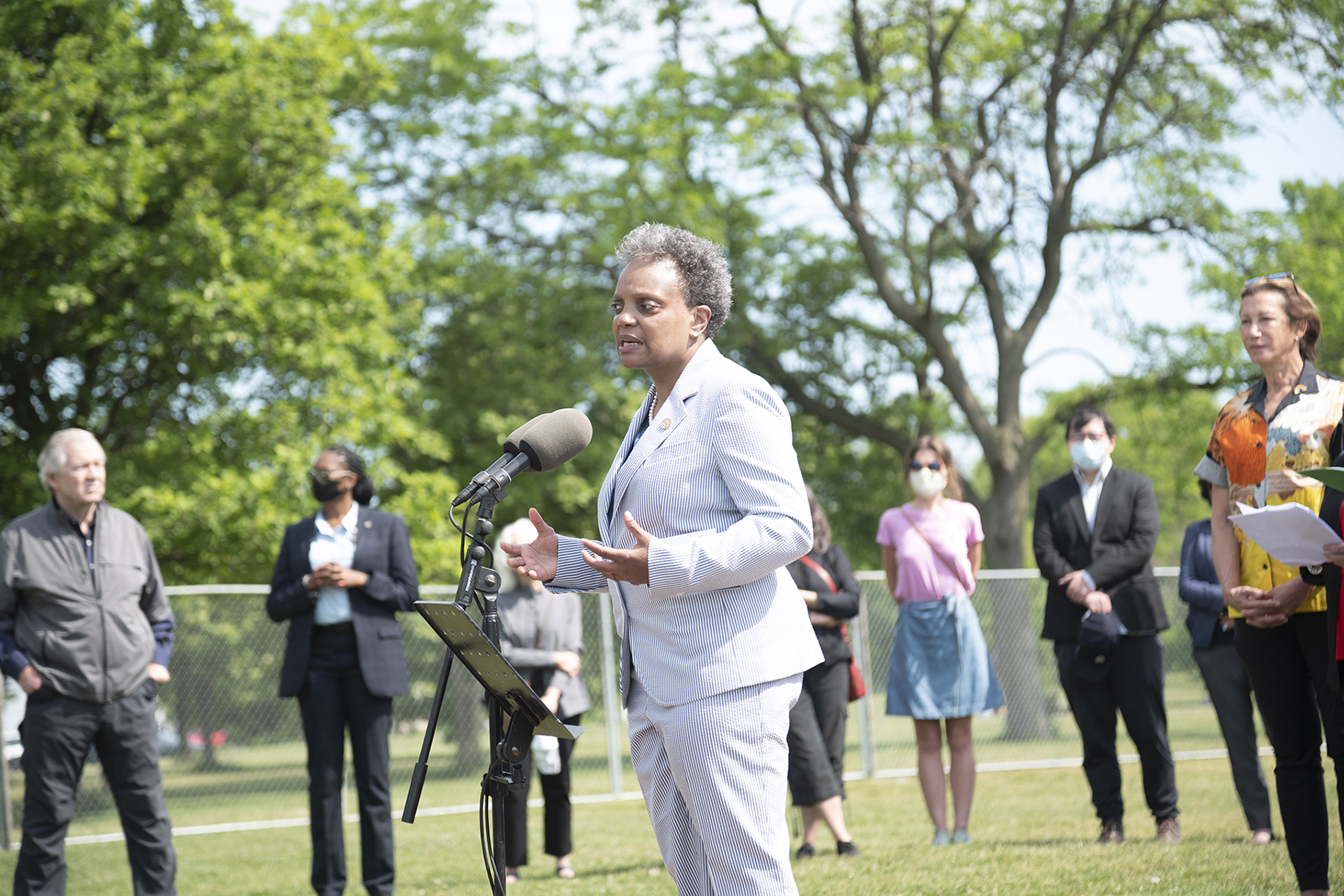 Chicago Mayor Lori Lightfoot: “While this will be a place where we come, and we reflect, the fight on HIV is not over.” 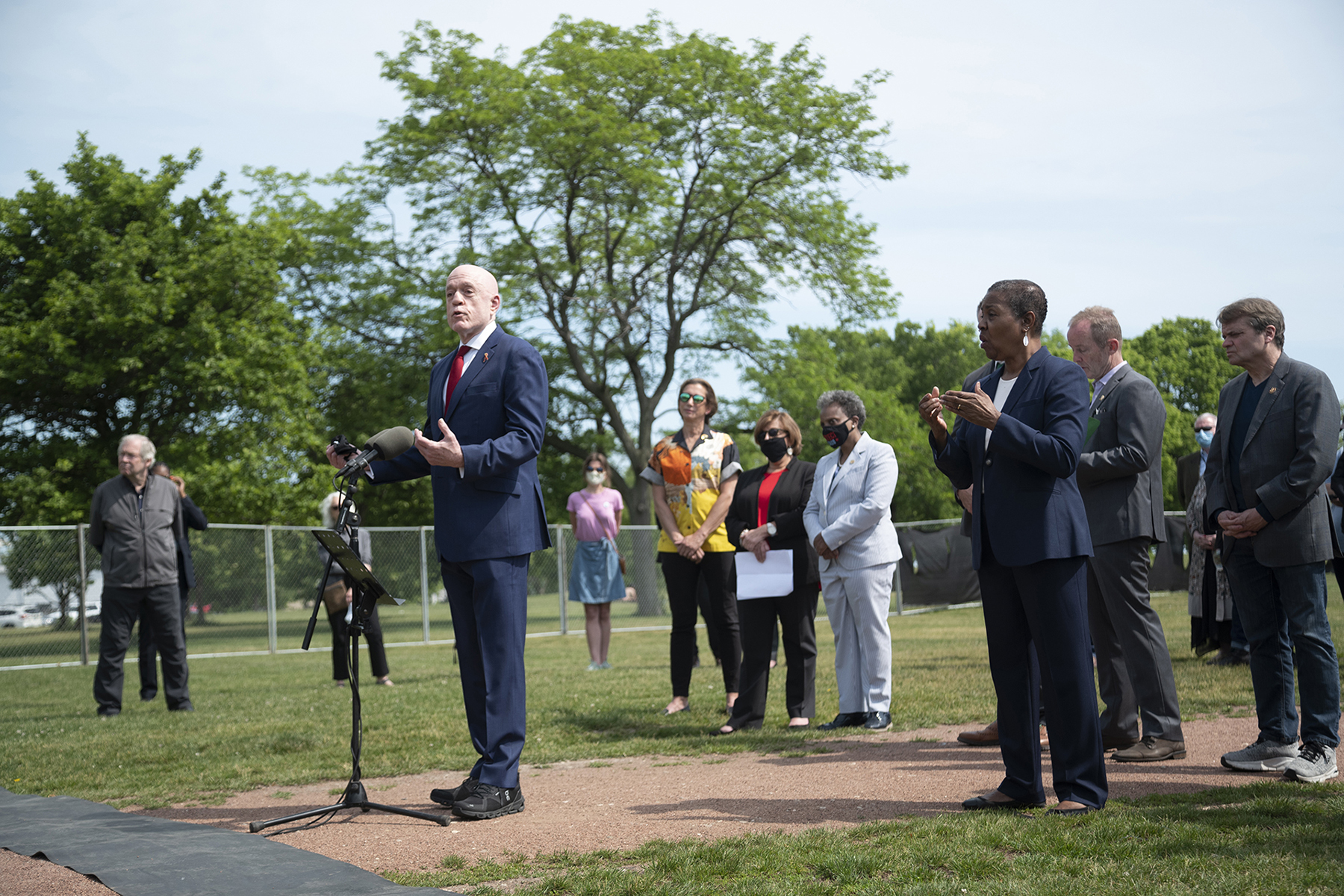 Illinois House Majority Leader Greg Harris, one of the few elected officials openly living with HIV, speaks at the groundbreaking of the AIDS Garden memorial 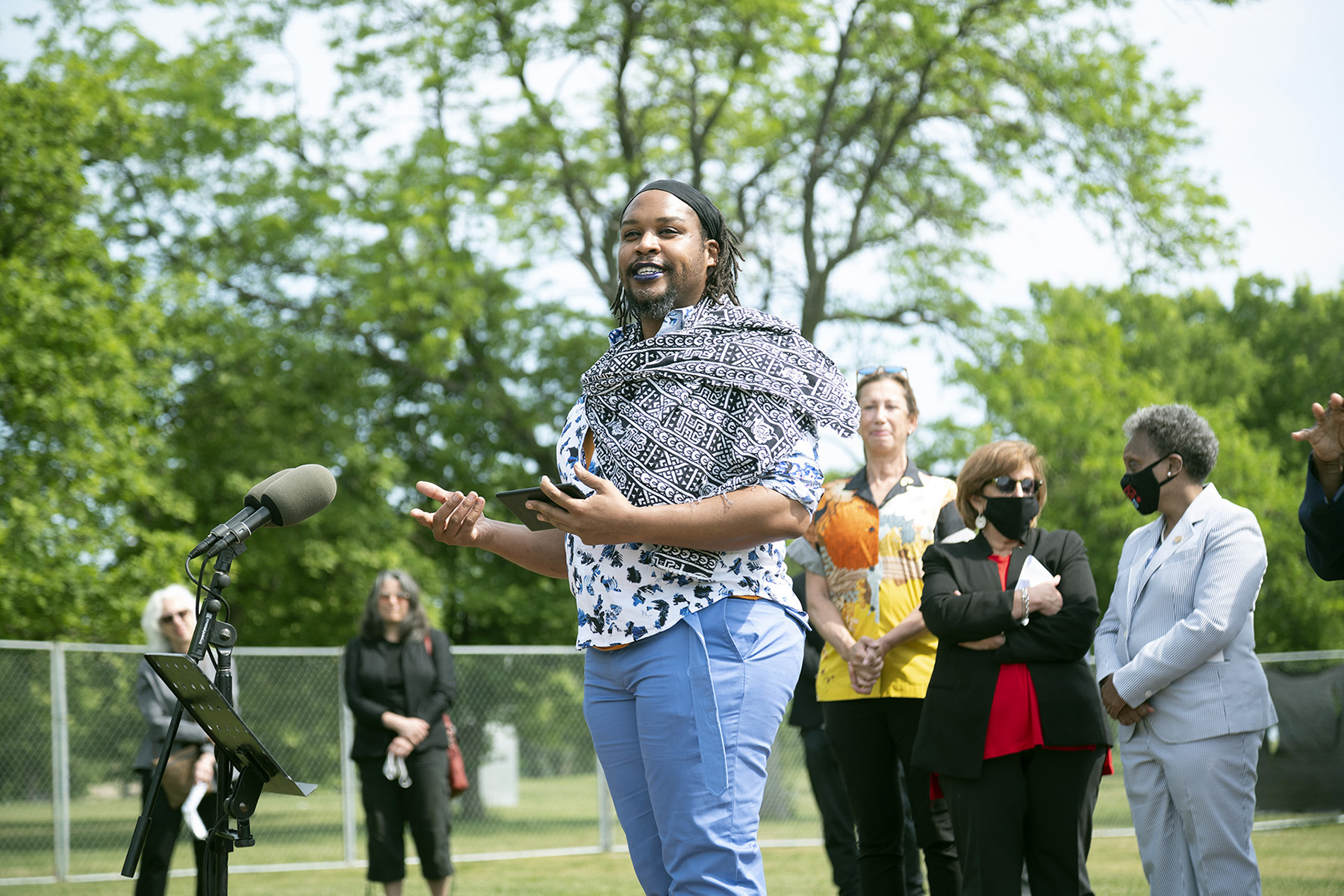 Poet Osiris Khepera: “This disease is not a problem of yesterday. This is a fact of now.”