The Effect of AIDS on American Art

A groundbreaking exhibition, Art AIDS America explores HIV and AIDS in American art, opening in Chicago on December 1, World AIDS Day, for its final run. This is the culmination of a national tour that started at the Tacoma Art Museum in Washington State several years ago. It is the first major exhibition to look at how the AIDS crisis touched the art world, and forever changed art in America. 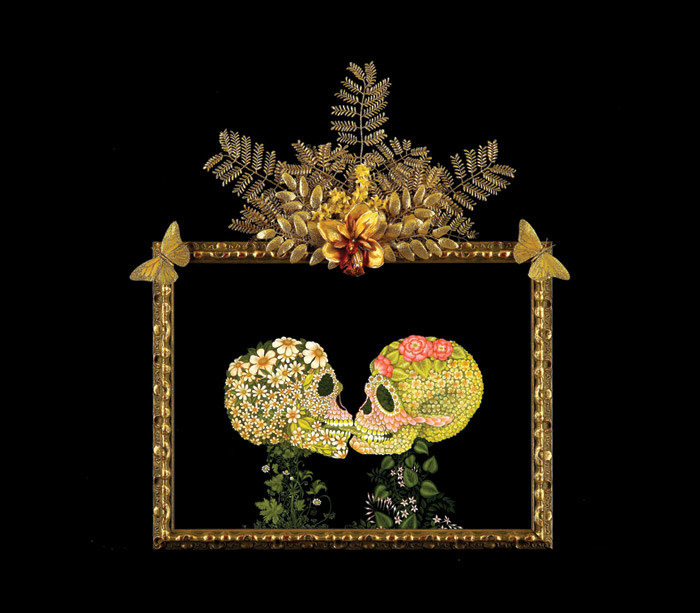 The exhibit, co-curated by Jonathan David Katz, director, Visual Studies Doctoral Program at the University at Buffalo (The State University of New York) and Rock Hushka, chief curator and curator of contemporary and Northwest art at Tacoma Art Museum, is made possible in Chicago by the Alphawood Foundation.

POSITIVELY AWARE editor Jeff Berry sat down with co-curator Jonathan Katz to talk about the exhibit, why it’s important, and what his connection to Chicago was during the early days of the epidemic. 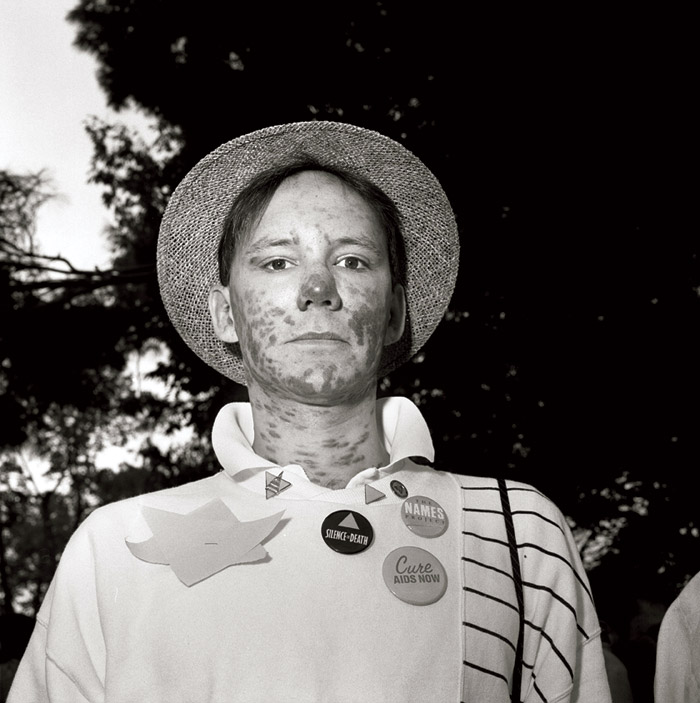 Jeff Berry: Tell us about yourself, and how you came to be involved with this project.

Jonathan Katz: I have been doing art history and specifically queer curating for well over a decade. I see my role as attempting to take one of the last bastions of heterosexism in contemporary culture, which is the art museum, and make it safe for queers; specifically for questions of not only sexual differences of all sorts but also core-related issues like AIDS. Thus this whole exhibition is entirely of a piece of my larger professional life. I did “Hide/Seek: Difference and Desire in American Portraiture,” which was the first major queer exhibition at a national museum. It was at the Smithsonian in 2010, you may remember something of the brouhaha attendant upon that; it was attacked by Congress. 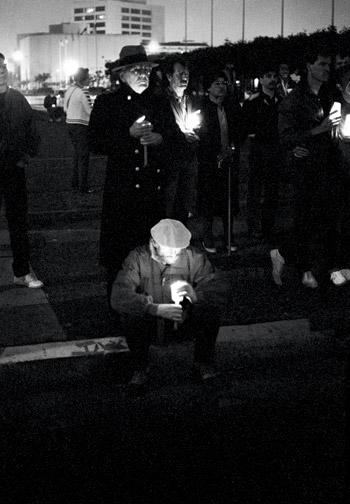 When you say queer curating, what does that mean?

What that means is taking seriously questions of sexual difference in the history of art. What it means essentially is overturning an effective blacklisting of questions of sexuality and AIDS since Robert Mapplethorpe’s “The Perfect Moment” exhibition was cancelled at the Corcoran Gallery in 1989. That blacklist remains largely in place; these issues are largely off the table for the American art world. Our museums are among the most conservative cultural institutions we have, if not the most conservative. One recent study indicated that people learned more about sexual differences in professional sports than they did in the American art museum.

Why now, and why Chicago?

The exhibition has been part of a traveling exhibit in multiple venues across the United States. It opened in Los Angeles two years ago and it has been subsequently in Tacoma, Washington, then Atlanta, and now at the Bronx Museum in New York. Frankly this all came about because I was complaining about the fact that none of the Chicago major institutions were interested in the exhibition, and that troubled me greatly as Chicago is a city that I used to live in. I’m a graduate of both University of Chicago and Northwestern. Through contacts made in the funding world and Alphawood we received this unprecedented offer to essentially create a pop-up museum but at the highest standards, for not only a version or iteration of the exhibition, but what will be the definitive iteration of the exhibition. It’s going to be larger, and it’s going to be more comprehensive than any other venue. 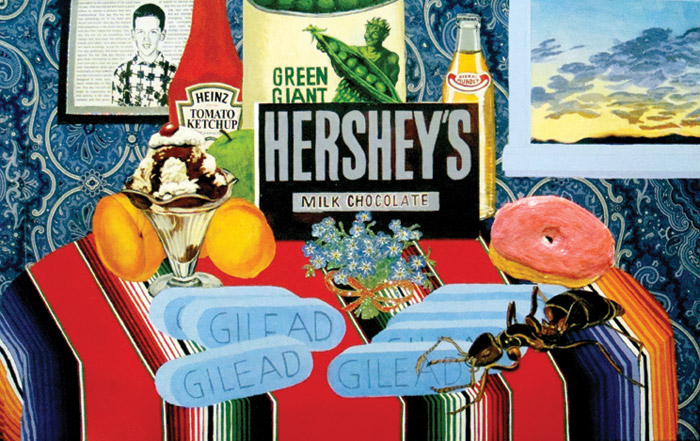 A New York Times review of the Bronx show noted a lack of diversity among the artists included in the exhibit, and I understand that an effort is being made to have this exhibition be more diverse?

I am not sitting quietly any longer about that. I think this is a controversy that has very little historical understanding. What ultimately happened is that the press made it seem like we were completely unaware of issues of race as we went through this project, and nothing could be further from the truth. We’ve done many, many years of research, and what we found was that there was a very small number of African American artists doing work around AIDS historically. Now if we move this to the contemporary moment it would be a completely different thing, but the show was weighted on the historical—it was about, in essence, the historical. What we did then, subsequently, was essentially crowd source. We went to everyone we could think of after the controversy erupted, and said, “We did our homework, we couldn’t find anything, can you find something?” And indeed, there were three historical works that are in the show now from that period. There are theories on why there is such a paucity of work from African American artists, and one is that being African American in the art world was already a slam against you, and taking on HIV yet another. 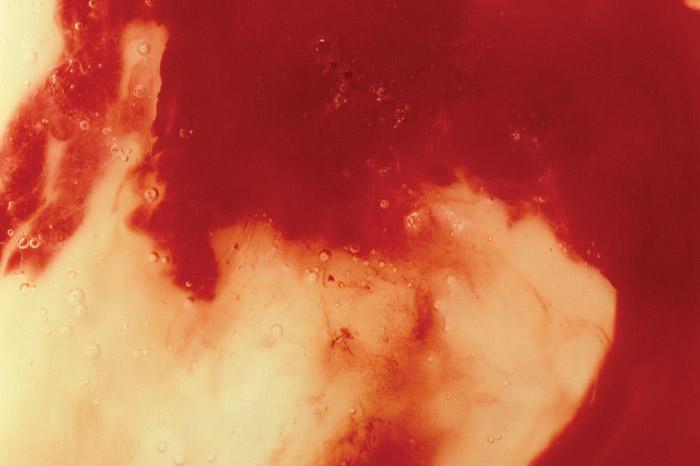 It’s just one of many partnerships that have been engendered over the course of curation of this exhibition and its development, to further use the exhibition as a catalyst for renewed attention to HIV/AIDS.

What would you want people to know who are considering coming to the exhibition? It runs through April, right?

It runs through April, and in addition to the exhibition there will be conferences, symposia, film showings, theater—there is a range of things that will be happening to make this a much more comprehensive spotlight on HIV/AIDS. 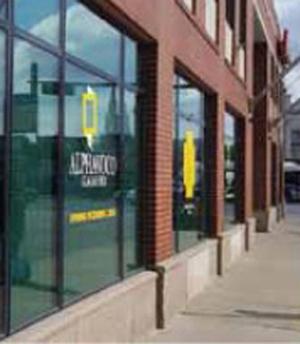 Starting December 1,
ArtAIDS America Chicago will be open Wednesdays and Thursdays, 11am-8pm; and Fridays, Saturdays, and Sundays, 11am-6pm. Admission to the Alphawood Gallery, 2401 N. Halsted St., in Chicago, is free; however, timed tickets are required to enter the exhibition. Visitors are strongly encouraged to reserve tickets online to ensure a specific entry time, although walk-ups will be available on a limited basis. Tickets at ArtAIDSAmericaChicago.org.

Anything else you would like to say about the exhibit?

The only thing I would add about this is that the exhibition very much looks at what we, even people like me who lived through all the horror, have tended to forget, which is the degree of anti-AIDS politics in American national life at that moment, in the early days of the plague. We probably for our own survival have suppressed a lot of that negativity, but the exhibition really underscores how profoundly not only was the virus the enemy, but so too the government and even to a large extent society at large.

We do tend to forget about that, and I think some of the films we’ve seen come out in recent years such as How to Survive a Plague and Last Men Standing have allowed us the chance to step back and reflect on something that may have been too difficult to do until now.

And frankly, you asked, Why now? I think part of it is the advent of effective drug treatment has changed the dominant cultural perception of AIDS sufficiently, that we can now have a more dispassionate and historical understanding of what happened.

And you said you lived in Chicago?

Yes, when I was in graduate school and very politically involved in the city I started the first guerilla clinic for HIV/AIDS way back in 1982, before there were any HIV medications. People were dying and there was really nothing that anyone was doing. So my partner and I made contact with a national group that was saying look, these drugs may or may not work, we have no way of knowing, but it was at least something. We set up a guerrilla clinic and sent those drugs out. Now we know they were sort of mild immune boosters, and they didn’t do much, but those were desperate times, and we did that until we got closed down by the police. There were various guerilla clinics all over the U.S. quietly in operation.

Well, they weren’t buyer’s clubs because we never charged anything, everything we did was for free. Chicago always had this sort of strange relationship with HIV/AIDS in the early days, because though people were in fact dying, the city somehow understood itself as having bypassed the brunt of the plague. Yet, I knew people who were dying, so it wasn’t true!

Yes, it kind of hit us like a second wave. I remember reading about it, and I was working in the clubs as a DJ, and bartenders and waiters started getting sick. But it happened a few years after we were hearing about it in New York and San Francisco.

I think that’s true, but I think it’s also true that the unintended consequence of all this was that there were people who were sick in the first round, and those people had no social services and very little social support, and we saw ourselves as trying to support those people in those early days. I remember doctors taking care of a friend of mine in the hospital in complete haz mat suits, and he had terrible neuropathy, and his legs were killing him, and nobody would touch him or massage his legs. Which we had to end up doing, and we had to sign a form acknowledging that we were at risk, blah blah blah. That’s the way it was in those days.

I hope that this exhibit will  help people gain a better understanding of a time that has gone by. I know a lot of works were probably destroyed by families who didn’t want them or who didn’t understand. It’s good that these pieces have been curated for the exhibit, so thank you.