It’s finally here. On May 15, the FDA approved Truvada for PrEP in adolescents.  Thank you, Adolescent Trials Network for HIV/AIDS Interventions (ATN, for short). They helped demonstrate that Truvada PrEP was safe and well tolerated in young people.

One advantage of official approval: parental permission is no longer needed to get a prescription for the HIV prevention pill. ATN reported that “young males who could potentially benefit from PrEP and other HIV prevention strategies [such as those in the study] may be reluctant to notify their parents because of fears about disclosing their behaviors and sexual orientation.”

Although an age range was not provided with the approval, adolescents taking Truvada for PrEP must weigh at least 77 pounds (35 kg). They must test HIV-negative immediately before obtaining a prescription (the same as adults).

“The FDA’s decision is a milestone for HIV prevention among youth,” said lead researcher Sybil Hosek, clinical psychologist at the Cook County Health and Hospital System in Chicago, in an ATN press release. “It paves the way for easier adolescent access to a highly efficacious biomedical HIV prevention product that has been approved for adults for the past six years.”

“This approval will allow adolescent minors who may be at risk of HIV to access an effective biomedical prevention medication for the first time,” Bill Kapogiannis, study author and NIH program director for the ATN, said in the release. “The addition of oral PrEP to the HIV prevention toolbox for adolescents was made possible through vital research spearheaded by the ATN and is a landmark achievement for the Network and NICHD in our mission to reduce the numbers of new HIV infections among our nation’s youth.”

Truvada, which is also used for antiviral treatment, was first FDA approved for HIV prevention in 2012. Many medications, including life-saving HIV drugs, are not immediately approved for pediatric use when they come to market. Separate research is usually needed.

According to the CDC, Truvada for PrEP is more than 90% effective in the prevention of HIV. The once-daily pill is incredibly safe for PrEP.

However, because Truvada is known to affect the kidneys and bone mineral density, these side effects were of special concern when studying still-growing adolescents. Dr. Kapogiannis reported that the study did not show any harmful effects on bones, but that there was some evidence of minor losses in bone mass, and studies are in progress to determine the safety of the drug for this group over long periods of time.

One youth was found to have significantly decreased bone mineral density (a greater than 4% decrease) and three others had a mild decrease. The most common side effects seen (in more than 2% of participants) were headache, abdominal pain, and weight loss.

A newer version of Truvada, Descovy, is much gentler on the kidneys and bones. It is being studied for PrEP use.

Dr. Kapogiannis added that the study, also called Project PrEPare, serves as an example for future research seeking to prevent infection among adolescents who are most vulnerable to HIV (such as community statistics, as noted by the FDA).

The HIV prevention pill continues to be recommended for use with other safer sex strategies such as condoms. Nevertheless, it is generally considered effective against HIV even without condoms. In fact, PrEP is recommended for people who can’t or won’t use condoms, among the groups that would most benefit from it, according to the drug label.

According to the FDA, when considering Truvada for HIV PrEP, those who are especially vulnerable to HIV may include those individuals who have a partner living with HIV or who engage in sexual activity within a high prevalence area or social network and have additional risk factors for HIV, such as:

Truvada for PrEP is not the be-all and end-all for HIV prevention. But it’s probably the greatest protection against the virus to date. HIV experts consider PrEP vital to ending the epidemic.

The NIH reported that, “HIV infection did not occur among participants who had sufficiently high blood levels of Truvada, indicating that the drug combination could be used safely by adolescents and would likely prevent HIV infection.”

Study ATN113 enrolled 67 young gay and other men who have sex with men, ages 15 to 18. Side effects seen were the same as those in adults (mostly mild and temporary nausea).

After 12 weeks, there was an overall drop in taking the medicine correctly. This was after study visits were changed from monthly to quarterly, “suggesting that adolescents may benefit from more frequent visits and counseling.” The study took place over 48 weeks and is ongoing.

Adherence to taking biological methods of HIV prevention has been a problem in other studies as well, including other PrEP trials.

Three youths who became HIV-positive during the study were found to have not taken their medication or taken it incorrectly (in other words, they were not adherent). The three had no drug resistance to either of the two medications found in Truvada.

In a press release from Truvada maker Gilead Sciences, Matthew Rose, Policy and Advocacy Manager at NMAC, a Washington, D.C.-based HIV treatment advocacy group, said, “We must make use of all available options when considering HIV prevention strategies, and we welcome the development that Truvada for PrEP is now available for younger people who are at risk of HIV. We will continue to build awareness and understanding of the role of Truvada for PrEP as part of a comprehensive HIV prevention plan for all who may benefit from it, particularly among communities disproportionately impacted by the disease, including young Black and Latino men in the United States.” 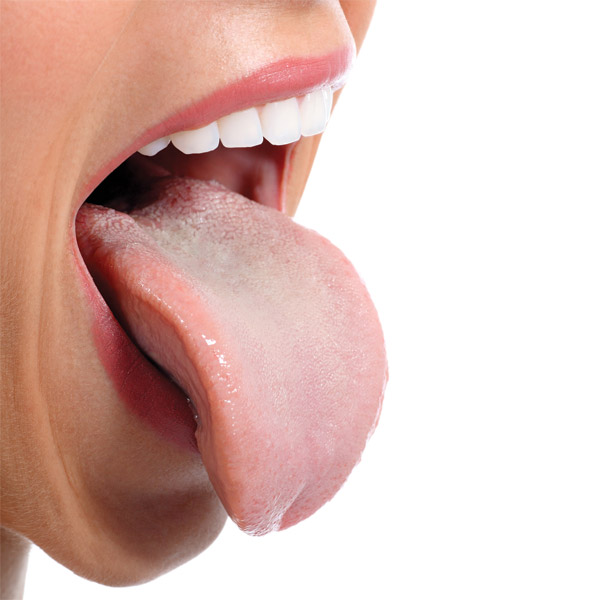 You can’t get HIV from spit

According to a meta-analysis published in HIV Medicine, the virus cannot be transmitted by spitting.

“Of the 742 records reviewed [both case reports, which consist of individual results, as well as studies], there were no published cases of HIV transmission attributable to spitting, which supports the conclusion that being spat on by an HIV-positive individual carries no possibility of transmitting HIV,” the researchers said in their report. “Despite biting incidents being commonly reported occurrences, there were only a handful of case reports of HIV transmission secondary to a bite, suggesting that the overall risk of HIV transmission from being bitten by an HIV-positive person is negligible.”

According to London-based AIDSMap, the four cases involved people living with HIV who were untreated, and therefore likely had a high viral load. The bites were deep and the person with HIV had blood in their mouth.

Read more in Michael Carter’s article on the study at aidsmap.com/HIV-cannot-be-transmitted-by-spitting-and-risk-from-biting-is-negligible-says-detailed-case-review/page/3263982.

AIDS Healthcare Foundation (AHF) is funding the lawyers in a lawsuit by two men claiming that Gilead Sciences kept a safer version of its HIV drug Truvada off the shelf for years longer than needed, unnecessarily harming them in terms of kidney and bone damage. There is also a similar class action lawsuit in place. AHF fought against Truvada for PrEP, or HIV prevention, for a long time before finally getting on the bandwagon with every other expert in the country and promoting the strategy. Read the Los Angeles Times article on the case at lat.ms/2sRNPK7.

The FDA issued a safety announcement on May 18 alerting the public that serious cases of neural tube defects (NTDs) involving the brain, spine, and spinal cord have been reported in babies born to women treated with dolutegravir (DTG, brand name Tivicay, also found in Juluca and Triumeq).

The agency said pregnant women who are currently taking dolutegravir should not stop taking it without speaking to their doctor. It also noted that stopping dolutegravir without switching to other HIV medications increases the risk of HIV infection for the infant.

The FDA reported that, “Preliminary results from an ongoing observational study in Botswana found that women who received dolutegravir at the time of becoming pregnant or early in the first trimester appear to be at higher risk for these defects. … To date, in this observational study there are no reported cases of babies born with neural tube defects to women starting dolutegravir later in pregnancy. We are investigating this new safety issue and will update the public when we have more information.”

Drug-related birth defects most commonly occur within the first trimester of pregnancy.

The FDA did not release numbers associated with the finding, but the Department of Health and Human Services (HHS), which produces HIV treatment guidelines, reported that the birth defects were found in four infants from a study of 426 pregnant women who started dolutegravir before becoming pregnant and were still taking it at the time of conception.

HHS noted that the study also presented data on 116 women who started dolutegravir during their first trimester and no NTDs were identified in their infants.

HHS issued the following recommendations following the May 18 announcement:

Read the guidelines at aidsinfo.nih.gov.

Dolutegravir is one of the most commonly taken—and recommended—HIV medications on the market.

HIV lawsuit against the Defense Department

Lambda Legal and OutServe-SLDN in June filed a lawsuit challenging the Pentagon’s current policies preventing enlistment, deployment, or commissioning as an officer for military personnel living with HIV. The suit was filed on behalf of Sgt. Nick Harrison, a veteran of two overseas combat zones, now serving in the D.C. Army National Guard, who was denied a position in the Judge Advocate General (JAG) Corps because Pentagon policy considers service members living with HIV non-deployable. Sgt. Harrison has made his career in the military. Under the “Deploy or Get Out” policy instituted by the Trump administration in February, people living with HIV are not allowed to enlist nor be appointed as officers. There is a separate lawsuit filed against an anonymous service member refused commission as an officer after graduating from the Air Force Academy, in spite of recommendations from medical providers. OutServe-SLDN is an organization dedicated to LGBT military personnel. Go to lambdalegal.org/in-court/cases/harrison-v-mattis. 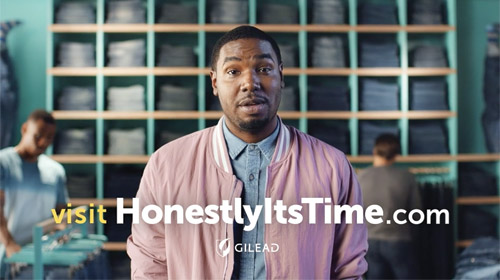 Gilead Sciences, maker of the HIV medication and PrEP drug Truvada, in June launched an HIV prevention TV campaign that takes off on its “Healthysexual” magazine ads. healthysexuals.com,” a company press release says. “When developing this campaign, it was important to us that the materials feature a diverse group of individuals who are representative of the communities disproportionately affected by HIV.” The first commercial talks about testing and condoms, but future ads will also address PrEP. “Honestly, I am literally screaming!” wrote TPAN Prevention Manager Aquea Wynn. “Gilead brought the realness and diversity with this one!” HIV advocates have long complained about a lack of PrEP promotion from Gilead. Go to healthysexuals.com.

Your liver and hepatitis—a primer
How to use this guide July 2018 & August 2018
Resources, services, and information
Hepatitis A: What you need to know