‘He took us places we never would’ve gone.’

The passing of Paul Stalbaum, founder of ‘The Poz Cruise’
By Rick Guasco Aug 28, 2020 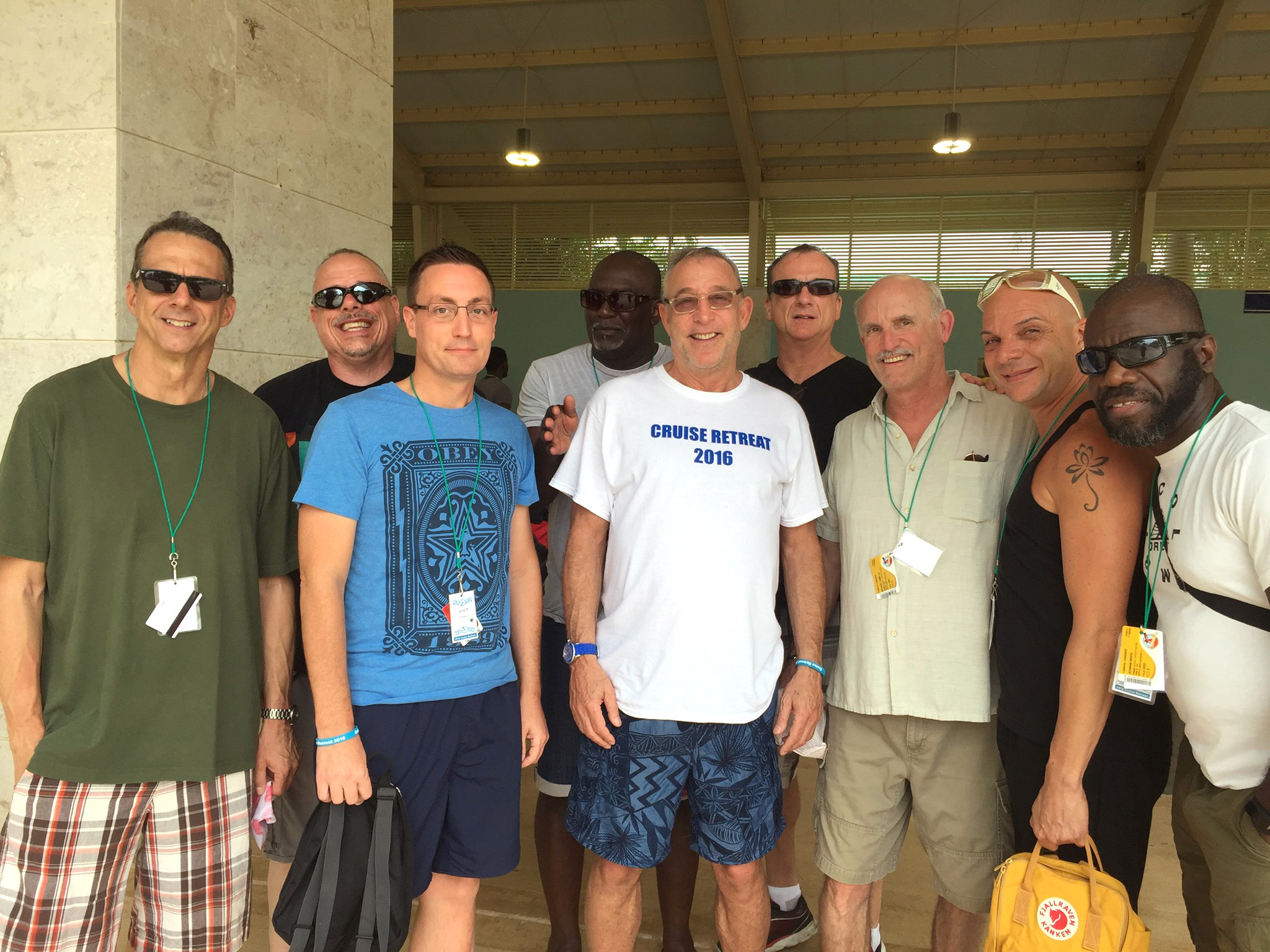 Paul Stalbaum brought hundreds of people living with HIV  together

They are a family of choice—hundreds of people across the country living with HIV—who have lost the one man who brought them together. Paul Stalbaum, founder and organizer of the annual HIV Cruise Retreat—better known as “The Poz Cruise”—died in his Fort Lauderdale home in mid-August. He had been in poor health in recent years, but friends had thought he was on the upswing.

“He brought together so many people who otherwise would've never met, except for one guy's vision,” said Nathan Klarfeld, a long-time cruise passenger and one of the co-hosts.

Born and raised in Philadelphia, Stalbaum studied veterinary medicine before buying a travel agency with his brother Robert. He especially enjoyed creating travel packages for tour groups, and after successfully growing the business, he and Robert sold the company. Moving to Florida in 2001, he quickly became involved with the local HIV community. He formed and facilitated a weekly peer-led support group, Positive Attitudes, at what is now the Pride Center at Equality Park (formerly the Gay and Lesbian Community Center) in Wilton Manors.

After working for a gay-friendly travel agency in Fort Lauderdale, he started his own business designing cruise tours. Not long after, he founded the only vacation cruise for people living with HIV, which became an annual event. The cruises included some informational and medical workshops the first several years, but the emphasis was always on having fun, and Stalbaum worked hard to bring people together. The cruises mostly set sail for the Caribbean and Mexican Riviera, but as one previous passenger said, “People don't come for the destination; we come for the family.”

“I was at a place in my life where I felt alone and so desperate to meet other poz people,” said Robert Allan Pollock. “I booked the cruise, which happened to be the 10th anniversary cruise. Paul Stalbaum was so kind. He found me a cabin mate, which worked out wonderfully. On that cruise, I met a new family. I talk with many of them to this day.”

Mindful of income disparities among people living with HIV, Stalbaum used his decades of travel experience to negotiate prices with cruise lines. He also provided financial assistance so that a number of passengers could sail.

“He was the real deal—an authentic, generous, long-term survivor who wanted nothing more than to build community among people living with HIV,” said Mark S. King, who served as MC for several years, running shipboard activities such as the dating game and costume parties. “He gave substantial assistance every year to someone who needed help to get on the cruise and to get away. This was not a moneymaker for him. He did other large gay cruises that were, but this one was his labor of love.”

A large number of “poz cruisers” are from small towns, rural areas, and other places where living with HIV might make them feel isolated. For some, the cruise was their only outlet and opportunity to be with other people living with HIV.

“I met so many people from small towns in Iowa, Colorado and northern California,” Klarfeld said. “This was their only gay and HIV outlet.”

A memorial held over the Zoom video conference platform the weekend after his death drew about 100 virtual participants. One woman related how her diagnosis had made her feel scared and alone, but Stalbaum had encouraged her to join the next cruise.  “I found the people there were loving, funny and living their lives,” she said. “They embraced me, they encouraged me. It changed the direction I was going.”

One transgender woman related how experiencing the cruise shortly after her transition made her feel better.

“I remember his bear hugs,” said another. “He always had these great big bear hugs for everyone.”

The 2021 cruise, set for January, was in the process of being canceled due to the pandemic. “We don't know yet how and when, but we will move forward,” said Jonathan Goldman, who was Paul’s key assistant, and helped organize and conduct the cruises. “This is too much of a special thing to let go by the wayside.”

As another cruise passenger said, “He took us places we never would’ve gone.”