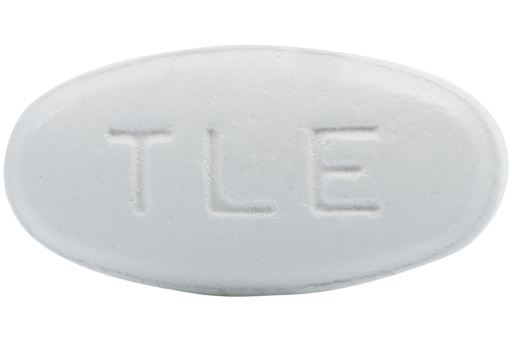 Take missed dose as soon as possible, unless it is closer to the time of your next dose. Do not double up on your next dose. Do not split or crush the tablet. Dose cannot be adjusted for people with kidney problems. Symfi and Symfi Lo are not recommended for patients with CrCl less than 50 mL/min or individuals requiring dialysis. Symfi or Symfi Lo should not be used in people with moderate or severe kidney or liver impairment.

The most common side effects occurring in 5% or more of studied individuals include headache (14%), body pain (13%), fever (8%), abdominal pain (7%), back pain (9%), asthenia (physical weakness or lack of energy, 6%), diarrhea (11%), nausea (8%), vomiting (5%), arthralgia (joint pain, 5%), depression (11%), insomnia (5%), anxiety (6%), pneumonia (5%), and rash (18%). These side effects are most common at the start of treatment and usually diminish in two to four weeks. Bedtime dosing on an empty stomach can help reduce symptoms. Use with caution in individuals with depression or other psychiatric issues who are not receiving mental health care. See also similar STR, Atripla. Common side effects may include dizziness, drowsiness, abnormal or vivid dreams, difficulty concentrating, rash, diarrhea, nausea, fatigue, headache, and insomnia. These side effects may disappear after a few weeks. The TDF in Symfi and in Symfi Lo is associated with long-term decreases in bone mineral density (BMD). BMD monitoring should be considered for people who have a history of bone fracture due to disease or are at risk for osteopenia or osteoporosis. While calcium and vitamin D levels can be checked to assess the need for these supplements, talk with your provider before starting on your own. Kidney function should be assessed before initiating treatment and throughout therapy as determined by a provider. Prior to initiation, people should be tested for hepatitis B (HBV) infection. Severe exacerbations of HBV have been reported in people who are co-infected with hepatitis B and have discontinued emtricitabine and/or tenofovir, both if which treat HBV.

Monitor liver enzymes closely in people co-infected with HBV and, if appropriate, initiation of anti-hepatitis B therapy may be warranted. The efavirenz component of Symfi and of Symfi Lo has been associated with central nervous system (CNS) birth defects in non-human primates, and cases of neural tube defects have been reported after first trimester exposure in humans. See discussion on the Atripla page. The efavirenz component in Symfi and in Symfi Lo can cause a false positive result for marijuana on certain drug tests. A more specific confirmatory test can be done. See weight gain in the online versin of this page. go to positivelyaware.com/articles/weighty-concerns and positivelyaware.com/articles/fatty-tissues.

Do not take with Cimduo/Temixys, Descovy, Emtriva, Epivir-HBV, Hepsera, Truvada, Vemlidy, or Viread, all used for treatment of hepatitis B. Do not take with another nephrotoxic (harmful to the kidneys) medication, such as high-dose or multiple NSAIDs (non-steroidal anti-inflammatory drugs; these include aspirin, ibuprofen—Motrin, Advil, and others, and naproxen sodium—Aleve and others). Should not be taken with voriconazole, ergot derivatives, midazolam, pimozide, triazolam, bepridil, or St. John’s wort. Efavirenz should also not be taken with other medications that prolong QTc interval (a heart problem) or medications with a known risk for torsades de pointes. For patients weighing at least 110 pounds (50 kg) and taking rifampin, it is recommended to give a 200 mg efavirenz dose (for total efavirenz dose of 800 mg). May affect warfarin levels. Can decrease levels of buprenorphine and methadone—monitor for withdrawal. When taken with carbamazepine, phenobarbital, or phenytoin, periodic monitoring of anticonvulsant and efavirenz levels should be done or alternative anti-seizure drugs, such as levetiracetam, should be considered. May decrease effectiveness of birth control pills; consider the use of other contraceptive methods. Closer monitoring and dose adjustments may be required with posaconazole (avoid unless benefit outweighs potential risk) and itraconazole. Monitor effectiveness of clarithromycin or consider using azithromycin instead.

Levels of immunosuppressants should be monitored when starting or stopping Symfi or Symfi Lo. Cardizem, Lipitor, Pravachol, and Zocor doses may need to be adjusted. Titrate dose of bupropion and sertraline based on clinical response. Avoid use of sorbitol-containing medicines with lamivudine; there are many, such as acetaminophen liquid (Tylenol liquid and others). No dose adjustment of Symfi or Symfi Lo needed with Sovaldi. Use caution when administering with Harvoni and monitor renal function closely due to possible increased tenofovir levels. Should not be taken with Epclusa or Zepatier. Tell your provider or pharmacist about all medications, herbals, and supplements you are taking or thinking of taking, prescribed or not, as there are other drug interactions which are not listed here.

Symfi and Symfi Lo are basically alternative versions of Atripla, a medication that’s no longer preferred when starting therapy. The advantage is they may be a cheaper alternative than some first-line medications because their components are all available as generics. If you can’t sleep, ask your doctor about gradually adjusting the timing of your dose until it’s taken during the day. A genetic trait affecting drug metabolism of Sustiva, leading to a higher rate of side effects, occurs more in African Americans. For individuals with HIV-2, commonly found in some other countries, an NNRTI would not be recommended as HIV-2 is inherently resistant to NNRTIs. Randomized clinical trial data have demonstrated the efficacy of lower dose (400 mg) efavirenz found in Symfi Lo along with fewer side effects. Symfi Lo is now approved in the U.S. for initial treatment of HIV infection (although guidelines no longer list it as a preferred option for someone starting medication). There is a discussion of the data on page G-31 of DHHS guidelines. Symfi and Symfi Lo are listed as a “Recommended Regimen in Certain Clinical Situations” in the DHHS guidelines, as is Atripla, due to their association with a high rate of central nervous system side effects and possible association with suicidality. Be careful when stopping these medications, so that you avoid rapid development of HIV resistance to them—check with your provider or pharmacist first.

For the first time, we now have two fully generic single-tablet-regimens, both with efavirenz (two doses, 400 mg and 600 mg), tenofovir disoproxil fumarate, and emtricitabine. Sadly, they are a decade too late to be useful, as the toxicity of efavirenz has resulted in its demotion to a rarely prescribed drug. In fairness, the 400 mg dose in Symfi Lo is associated with less toxicity, but why would you want to take it with better drugs available?

To be honest, I had never heard of Symfi or Symfi Lo until last year. Most closely comparable to Atripla, they use lamuvidine in place of emtricitabine. Symfi Lo has a lower dose of efavarenz, which would mean fewer neuro effects such as depression and insomnia. While taking these medications, self-check and monitor for these types of symptoms. Rash is a common side effect that will usually resolve on its own. If anything, the benefit would be that these drugs are a lower cost option than comparable medications on the market.