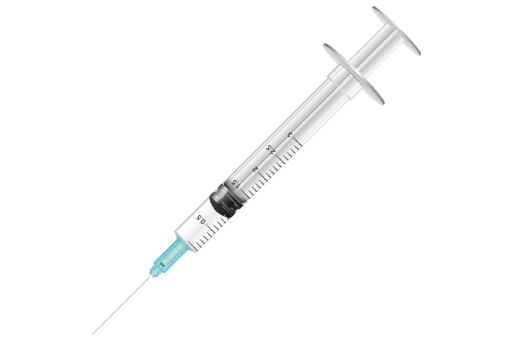 Clinical trials of this investigational regimen used a long-acting cabotegravir injection of 400 mg plus 600 mg rilpivirine injection every 4 or 8 weeks. The dose consisted of two 2 mL injections. Oral rilpivirine must be taken with food; the injectable does not. An induction phase with oral medication was used in research and will be used when approved. The cabotegravir tablet may not otherwise be available on the market.

•    See Edurant; cabotegravir is not yet available

In one study, injection site reactions with mild, short-term (two to five days) redness, pain, and swelling was reported in 84% of all injections. Moderate symptoms were reported in 15% of injections. Less than 1% of patients discontinued the study due to injection site reactions. There have been rare reports of depression and suicidal ideation, primarily in patients with a history of psychiatric illnesses, in people receiving INSTI-based regimens. The DHHS guidelines recommend closely monitoring patients with pre-existing psychiatric conditions on an INSTI. There may be a possibility of birth defects—see “More information.”

New interactions continue to be discovered after drug approval (cabotegravir is the new medication). Not intended to be taken with other HIV medications, unless prescribed that way. If used with abacavir/lamivudine during the initial oral induction phase, as this regimen was also studied, be aware of possible drug interactions with these agents (see Epzicom page). During the initial oral induction phase with rilpivirine, it is not recommended to co-administer carbamazepine, oxcarbazepine, phenobarbital, phenytoin, rifampin, rifapentine, proton pump inhibitors (Aciphex, Dexilant, Nexium, Prevacid, Prilosec, Protonix), or St. John’s wort. Antacids should be taken two hours before or at least four hours after oral Edurant. Acid-reducing drugs (Pepcid, Tagamet, Zantac, and Axid) should be taken 12 hours before or four hours after an oral Edurant dose. Some of these interactions will no longer be relevant once injection therapy begins, or a maintenance phase containing rilpivirine starts; however, see package insert when available for guidance. Monitor for worsening of any fungal infections when rilpivirine is used with antifungal medications like fluconazole, itraconazole, ketoconazole, posaconazole, or voriconazole; dose adjustment for these medications may be needed. Use azithromycin when possible instead of the antibiotics clarithromycin, erythromycin, or telithromycin. Methadone levels are reduced slightly and patients should be monitored for symptoms of withdrawal. Should be used with caution when taken with other medications with a known risk of torsades de pointes or QT prolongation (these abnormal heart rhythms can make the heart stop). Tell your provider or pharmacist about all medications, herbals, and supplements you are taking or thinking of taking, prescribed or not, as there are other drug interactions which are not listed here.

May be FDA approved this year. This drug is taken once a month, as two shots, into the muscle. That’s it. Or as ViiV Healthcare pointed out, it changes HIV treatment from 365 dosing days per year to just 12. People who are adherent to their HIV regimen now may be eligible to switch to this med when approved. The trade-off with long-acting treatment is the requirement for near-perfect adherence and visiting your doctor’s office 12 times a year instead of two or three. The treatment is also one injection per butt muscle. Cabotegravir is from the top-of-the-line HIV medications right now, the INSTI drug class. They have great efficacy and are, in general, easy to take. Rilpivirine is already on the market in a variety of oral formulations (Complera, Edurant, Juluca, and Odefsey). Rilpivirine is not sold separately as an injectable. Cabotegravir is also being studied for HIV prevention as one PrEP shot taken every two months. The lead-in oral dosing is used to establish the tolerability of cabotegravir prior to long-acting injection. For example, if an allergic reaction occurs, it can be out of the system in a day or two.  In the LATTE-2 study with people on first-time HIV therapy, cabotegravir plus rilpivirine given every 4 weeks or every 8 weeks was found to be as effective as the traditional three-med (even if only as one pill) oral combination given to people in the control group of the trial. There was some virologic failure in the 8 week group vs. none in the 4 week; hence, research went forward with only 4 week dosing. This success was out to 96 weeks (nearly two years). Moreover, the majority of participants given shots in the Phase III ATLAS study (more than 96%) said they preferred the injections every month or two months to taking their previous daily HIV oral regimen, despite any side effect or injection site reaction. New preliminary data from an observational study in Botswana suggest that there may be an increased risk of birth defects in infants born to those who were receiving dolutegravir at the time of conception.

One strategy for making ART simpler and more convenient would be to change the frequency that anti-HIV medications need to be taken or administered. Two anti-HIV medications have been developed into long-acting, injectable (into muscle) forms and have completed testing in a successful phase 2 study (LATTE-2) and are now in Phase 3 clinical trials. Cabotegravir is an investigational integrase inhibitor similar to Tivicay (dolutegravir). Rilpivirine is already approved by the FDA as an oral anti-HIV medication (Edurant). Both have been developed into injectable forms which maintain high enough drug levels in the blood to suppress HIV and allow for monthly or every two-months dosing. This combination of co-administered (one injection of each drug per butt muscle) monthly or every two months regimen was studied first in a Phase 2 study called LATTE-2. In October 2018, the LATTE-2 investigators reported that at 160 weeks (3 years) of follow-up, 104 of 115 participants (90%) and 95 of 115 participants (83%) receiving the injectable regimen, every 8 and 4 weeks respectively, remained virally suppressed. Of the patients on the oral comparator arm who chose to switch to the injectable regimen at week 96, 33 of 34 participants (97%) and 10 of 10 participants (100%) remained virally suppressed on every 8- and 4-week dosing, respectively. Building on the success of LATTE-2, this injectable ART regimen is being studied for HIV treatment in two Phase 3 studies: FLAIR (treatment-naïve) and ATLAS and ATLAS-2M (treatment-experienced with ART switch in PLWH with undetectable viral loads). Results from ATLAS-2M are expected in 2019. We know that the LATTE-2 showed very good HIV suppression and few generalized side effects, but nearly 100% of the PLWH receiving the monthly or two-monthly injections in their butt muscles reported mild, short-term (2–5 days) “injection site reactions,” consisting of pain, redness, and swelling where they received the injections. Interestingly, the majority of PLWH in the study preferred the injections over their previous daily tablet ART regimens. This was reported to be due to greater convenience of monthly or two-monthly dosing, lack of being reminded daily of their HIV-positive status, and not having to remember and manage tablet prescriptions. More will be revealed regarding this new way of receiving ART as results from the studies above become available. [See more data online.] It is important to note that injectable cabotegravir given every two months by itself is also being compared to Truvada for pre-exposure prophylaxis (PrEP) in two large studies being conducted by the HIV Prevention Trials Network (HPTN).

A few long-acting HIV regimens are under investigational. These regimens will change HIV care radically and further on will do so with PrEP as well. The ATLAS study showed long-acting cabotegravir and rilpivirine, injected once a month, had similar efficacy to a standard of care, daily, oral three-drug regimen at week 48. This study was designed for individuals on HIV treatment that were virally suppressed for at least six months.