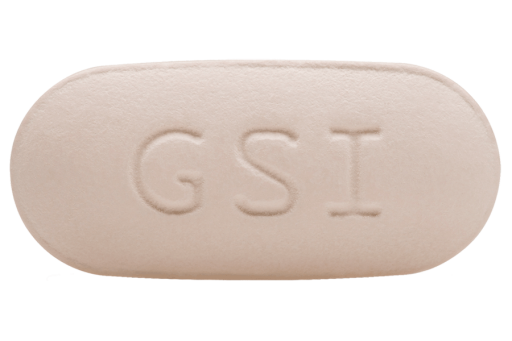 One tablet once daily, with a standard meal. For people taking HIV therapy for the first time (treatment-naïve) or people with suppressed viral load on a stable HIV regimen for at least 6 months who have no known resistance to the components of the regimen: rilpivirine, emtricitabine, or tenofovir. Tablet contains 25 mg of the NNRTI rilpivirine plus 200 mg emtricitabine and 300 mg tenofovir DF (TDF).

For adults and children 12 years of age and older weighing at least 77 pounds (35 kg) and having a CrCl of at least 50 mL/min.

According to DHHS guidelines, people taking HIV treatment for the first time should have an HIV RNA (viral load) of less than 100,000 copies/mL and CD4 T cell count must be above 200 cells/mm3 before starting Complera due to higher rates of virologic failure in these patients. The CD4 requirement, however, is no longer on the drug label.

Take missed dose as soon as possible, unless it’s closer to the time of your next dose. Do not double up on your next dose. Complera should not be used in people with CrCl less than 50 mL/min or severe liver impairment.

Moderate to severe side effects are uncommon. Insomnia, headache, and depressive disorders (depression, negative thoughts, suicidal thoughts or actions) were each reported in 2% of study participants. Cases of rash, angioedema (swelling), urticaria (itchy rash), and increased liver enzymes have also been reported with regimens containing rilpivirine. There may be a small increase in serum creatinine (SCr) and decrease in estimated creatinine clearance (CrCl) associated with rilpivirine. The TDF in Complera is associated with long-term decreases in bone mineral density (BMD). BMD monitoring should be considered in people who have a history of bone fracture due to disease or are at risk for osteopenia or osteoporosis.

While calcium and vitamin D levels can be checked to assess the need for these supplements, talk with your provider before starting on your own. See Truvada page for other possible effects on kidney function. Prior to initiation, people should be tested for hepatitis B virus (HBV) infection. Severe exacerbations of hepatitis B have been reported in people co-infected with hepatitis B who have discontinued Complera (due to elimination of the emtricitabine and TDF components, which also treat HBV).

Monitor liver enzymes closely in people co-infected with hepatitis B and, if appropriate, initiation of anti-hepatitis B therapy may be warranted upon Complera discontinuation. Call your health care provider right away if you develop any of the following signs or symptoms of hepatitis: yellowing of the skin or whites of the eyes; dark or tea-colored urine; pale-colored bowel movements; nausea or vomiting; loss of appetite; or pain, aching, or tenderness on the right side below the ribs.

Do not take Complera with carbamazepine, oxcarbazepine, phenobarbital, phenytoin, rifampin, rifapentine, or the herb St. John’s wort (consult with a pharmacist before taking any herbals or OTC supplements). Rifabutin must be taken with an extra Edurant tablet in addition to Complera. Do not take with more than one dose of the injectable steroid dexamethasone (sometimes given in the ER or hospital). Use caution if used with fluconazole, itraconazole, ketoconazole, posaconazole, or voriconazole. Use azithromycin when possible instead of the antibiotics clarithromycin, erythromycin, or telithromycin, because these drugs increase rilpivirine levels, which can increase the risk of side effects. Reduced methadone levels can occur and while dose adjustments are not necessary, it is recommended to monitor for withdrawal symptoms.

Complera can be relatively difficult to take because of its food requirement and drug interactions. In addition, strict adherence is critical due to its relatively low barrier to the development of resistance. A newer version of Complera, Odefsey, contains tenofovir alafenamide (TAF) instead of tenofovir DF; TAF is safer on kidney and bone health. TAF, however, is now associated with weight gain, more so than TDF.

Also as a result of the TAF, Odefsey can be taken by people with more advanced kidney disease, down to a renal function (CrCL) of 30 mL/min. For individuals with HIV-2, more commonly found outside the U.S., an NNRTI would not be recommended as HIV-2 is inherently resistant to NNRTIs. For pregnant patients who are already on Complera prior to pregnancy and who are virologically suppressed, one tablet taken once daily may be continued. Lower exposures of rilpivirine were observed during pregnancy, therefore viral load should be monitored closely.

Complera quickly gained popularity as a replacement for Atripla, with fewer central nervous system side effects associated with rilpivirine than efavirenz. It also contains FTC and TDF. (See Truvada.) Because of the genetic fragility, multiple drug side effects, and decreased effectiveness at high viral loads or low CD4 counts, rilpivirine-containing regimens are not recommended for initial therapy unless INSTIs cannot be taken. (See Edurant.) As mentioned for Odefsey, there is little role for Complera in initial therapy in 2021.

Because TAF has less effect on kidney function and bone density, many people switched from Complera to Odefsey. However, we now know that weight gain and lipids are higher on TAF, although we don’t know the clinical meaning of these findings in terms of risk for cardiovascular and other diseases. Lipids also are lower with TDF than TAF.

Complera carries a very high price tag, in spite of containing TDF, now off patent. Can we please do better?

Three medications in one tablet, Complera is taken once daily with a meal you chew, not simply a shake or protein drink. Consider that, and the time of day you dose, if you take antacids for heartburn. Indicated for patients who have a suppressed viral load (undetectable) at least 6 months, or for treatment-naïve patients. There should also be no known resistance to any of its components. Complera contains tenofovir disoproxil fumarate, which means regular testing of bone density and kidney function should be conducted.